Boris Johnson said it would be a “badge of honour” to be included on a list of 287 MPs sanctioned by Russia.

Mr Johnson made the comments after the Kremlin took action against British parliamentarians in retaliation for the UK sanctioning 386 deputies in Russia’s legislature, the Duma.

In a statement, the country’s foreign ministry accused the MPs subject to the restrictions – who will be banned from entering the country – of fuelling “unwarranted Russophobic hysteria”.

It said those on the list “took the most active part” in establishing anti-Russia sanctions.

Asked about the move during Prime Minister’s Questions, Mr Johnson told MPs: “It’s no disrespect to those who haven’t been sanctioned when I say that all those 287 should regard it as a badge of honour.

“And what we will do is keep up our robust and principled support for the Ukrainian people and their right to protect their lives, their families, and to defend themselves.”

Tory backbencher Michael Fabricant also raised the issue in parliament, telling the Speaker Sir Lindsay Hoyle: “I’m proud to say that both you and I are on the list.”

The Speaker said he was “alarmed” to hear of the sanctions and that he had asked the government to keep parliament updated.

Labour’s Chris Bryant joked that he was “absolutely distressed” and “slightly surprised” not to be. 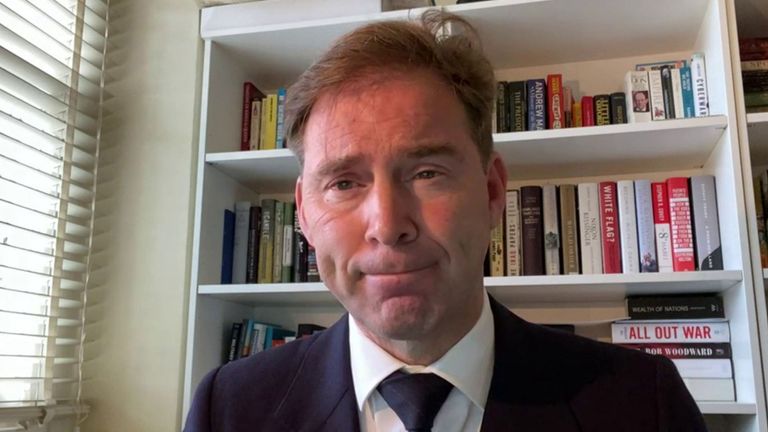 “I can only assume that the Russian Federation accepts that every single thing that I have said about President Putin over the last few years is true,” he said.

“He is a barbarous villain and we must make sure that he fails.”

Another senior MP, the Conservative former chief whip Mark Harper, said on Twitter that he was “proud to be on this list”.

“Russia really hates being called out for their illegal invasion of Ukraine and disgraceful war crimes,” he said.

Ex-Tory minister Andrew Murrison said he was “delighted” to be on the list, while former Brexit secretary David Davis joked “how ever will I cope?”.

But in some respects the list of “members of the Conservative Party faction in the House of Commons” looked out of date.

Charlie Elphicke – thrown out of the party and jailed after being found guilty of three counts of sexual assault – was included as were Sir Oliver Letwin, Dominic Grieve and Justine Greening – who all had the whip withdrawn for rebelling over Brexit and were no longer MPs after the 2019 election.