A move by the British government to rip up post-Brexit trade arrangements in Northern Ireland is “illegal and unrealistic”, the European Union’s ambassador to the UK has warned.

But Northern Ireland Secretary Brandon Lewis told the show that action was needed to fix the “substantial problems” caused by the implementation of the agreement.

Brussels has launched legal action against the UK in retaliation for the proposed legislation, which would effectively ditch key parts of the deal signed by Boris Johnson and the EU in 2019.

Critics have warned it would break international law and fuel distrust of Britain.

The treaty agreed by the UK and EU as a way to maintain a free-flowing Irish land border following Brexit has created economic barriers on the movement of goods between Great Britain and Northern Ireland, causing resentment and anger among many unionists and loyalists.

The row has created an impasse in efforts to form a devolved government administration in Belfast.

The UK is planning unilateral action to introduce separate “green” and “red” lanes for goods travelling between Great Britain and Northern Ireland, drawing a line between those destined to stay within the UK and those heading to the Republic of Ireland and beyond.

But Mr Vale de Almeida said: “I am afraid that the government’s track is very probably, unfortunately, a road to nowhere and we would like to avoid that.” 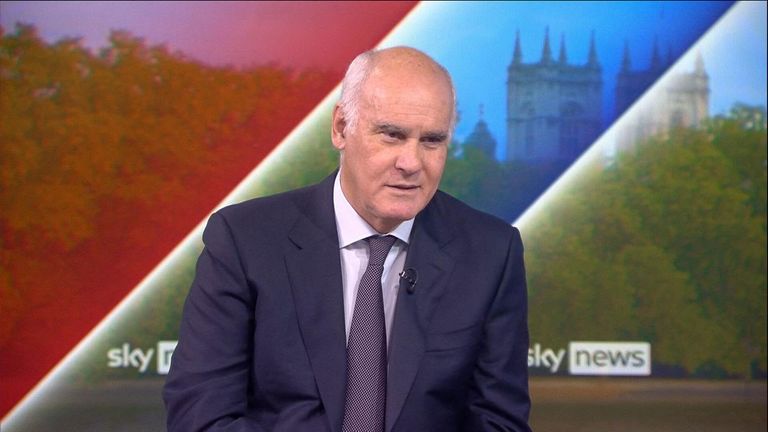 Criticising the UK government’s plan, he said: “We are not dismissing but we read it very carefully and we think, to be very frank, that it is both illegal and unrealistic.

“It is a treaty that we signed, ratified and even went through a general election in this country.”

The ambassador added: “We also believe it is unrealistic because it does not provide a real alternative to the protocol.

“You know, we had long negotiations to try and square the circle around the problems created by Brexit and the kind of Brexit that was chosen.

“None of us outside could find anything other than this platform to try to address those issues.

“We are committed to find the practical solutions for implementation but we cannot start talking if the baseline is to say everything we have agreed before is to be put aside.”

Read more:
What is the Northern Ireland Protocol and why does it matter?
How long will the UK survive?
Tearing up NI trade deal is ‘economic vandalism’ – Irish PM

The diplomat insisted the EU was “very committed to finding solutions”, but argued controls were needed to protect Northern Ireland’s Good Friday peace agreement and safeguard the bloc’s single market.

However, defending the government, Mr Lewis said: “The problem with the protocol is the way the EU want to see it implemented and actually as a government it would be wrong of us to leave a situation in Northern Ireland that isn’t working.

“What we are doing is fixing the problems within the protocol about how it is being implemented so that businesses can prosper again, so that people in Northern Ireland who at the moment, for example, can’t even benefit from the chancellor’s decisions on VAT and fuel tax that have helped people across the rest of the UK.”

He argued the current operation of the protocol breached the Good Friday Agreement as it was preventing the return of power-sharing at Stormont.

He added: “We have got to resolve that, that’s what this legislation will do but, ultimately, we want to do this by agreement with the EU but to do that, they need to show some flexibility and actually come and negotiate in a flexible way.”