Two asylum seekers due to be deported on a flight to Rwanda tonight have had their exit from the UK postponed following last-ditch legal appeals.

A Boeing 767-300 stands ready on a Ministry of Defence runway at Boscombe Down in Amesbury to take the first migrants to the east African country later this evening.

But the European Court of Human Rights has granted an urgent interim measure blocking the removal of one Iraqi detainee who was due to be deported.

The court indicated to the UK government that the applicant should not be removed to Rwanda until three weeks after the delivery of the final domestic decision in his ongoing judicial review proceedings.

Sky News understands that another Iraqi detainee, also due to be on this evening’s deportation flight, will not be on the plane following an injunction from the Upper Tribunal preventing his departure.

It is also believed that the government may try to counter the appeals this evening before the plane departs for Rwanda.

This means the two individuals could still be on the flight this evening.

Challenges by four asylum seekers due to be on the plane were rejected earlier.

A fifth man lost a bid to bring an appeal at the Supreme Court after a panel of three justices refused him permission to challenge the Court of Appeal’s ruling that the flight to Rwanda could go ahead.

This rejected an appeal by two refugee charities and the Public and Commercial Services union.

Giving brief reasons for the decision, the court’s president, Lord Reed, said there had been an “assurance” that, if the government’s policy of removing asylum seekers to Rwanda is found to be unlawful, steps would be taken to bring back any migrants flown to the east African nation in the interim.

Stop Deportations protesters have taken direct action to resist the first deportation flight, locking themselves together with metal pipes and blockading exits of Colnbrook Immigration Removal Centre at Heathrow where the remaining people the Home Office intended to put on the flight to Rwanda are believed to be being held.

“This policy is the result of years of portraying migrants as less than human beings; it makes it possible for the Home Office to inflict pain on them and get away with it. We, the public refuse to accept the Home Office’s cruel, inhumane and unlawful plans,” a Stop Deportations activist said.


Rwanda: What is the government scheme?

The plan to send individuals to Rwanda has been contested in the courts and condemned by the Church of England’s senior bishops as “an immoral policy”.

But Prime Minister Boris Johnson has maintained that the policy’s aim is “to support safe and legal routes for people to come to the UK and to oppose the illegal and dangerous routes”.

The PM told broadcasters on Tuesday that the programme “may take a while to get working properly, but that doesn’t mean we’re not going to keep going”.

Asked if it would be necessary to pull out of the European Convention of Human Rights to restrict legal challenges, Mr Johnson added: “Will it be necessary to change some laws to help us as we go along? It may very well be and all these options are under constant review.”

It was earlier understood that seven asylum seekers were due to be on the first flight from the UK to the east African country.

The number of individuals now due to board the plane is unclear.

The four potential deportees who today lost High Court bids earlier to avoid being put on the plane include:

• an Iraqi Kurd who had suffered PTSD in Turkey while travelling to the UK and had brought a claim asking not to be removed due to his mental health and his relationship with his sister, who lives in the UK
• a Vietnamese man who claimed to have received death threats from loan sharks in Vietnam who was also denied after the judge rejected an argument that he was denied translation services
• a man who travelled to the UK from Iran with his 21-year-old son and had asked the court to prevent his removal due to his mental health and a right to a family life
• an application by a Kurdish man who was also refused permission to appeal. 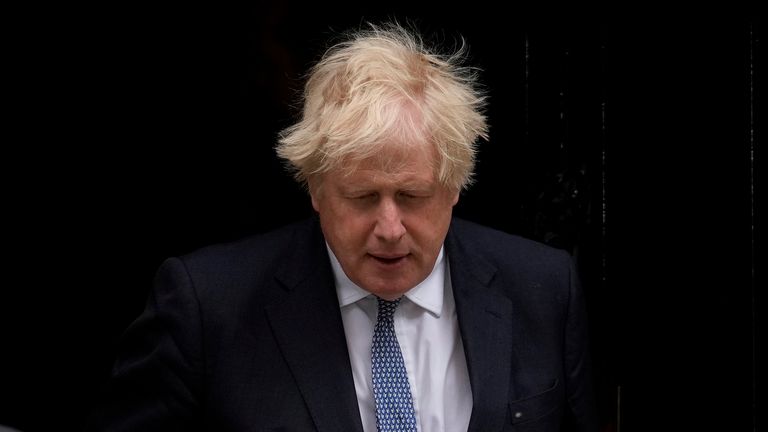 A High Court and Court of Appeal legal challenge brought by groups including Care4Calais to the first flight under the Rwanda scheme failed with reports putting the cost of the flight at £500,000.

The government has rejected this figure, but the cost of the deportation is believed to be hundreds of thousands of pounds.

Read more:
What is it like to be a refugee in Rwanda?
Why are migrants being sent to Rwanda and how will it work? 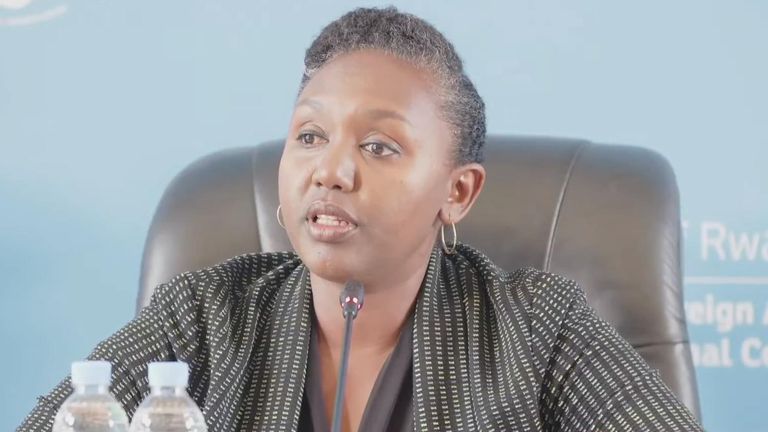 
‘Living in Rwanda is not a punishment’

In Kigali, the Rwandan capital, Sky News asked the country’s government how they felt about deportees saying they would rather die than be sent there.

Last year, more than 28,000 people crossed the Channel in small boats – more than three times the number seen in 2020.

More than half were either Iranian or Iraqi, with people from Eritrea and Syria also making crossings, according to Home Office figures.

The British public is well-used to confrontations between workers in the public sector and the government of the day. Over the decades there have been…

Polls have closed in the by-elections being held in Wakefield and Tiverton and Honiton. Both seats were held by the Conservatives before their previous MPs…

New research from Synergy Research Group found that revenue in the cloud services market grew by 26% from last year. Driven by user uptake of…