Soutar has beaten Diogo Portela and Mensur Suljovic to reach round three on debut; the firefighter takes on seventh seed Jose De Sousa for a place in the last 16, live on Sky Sports Darts on Wednesday December 29 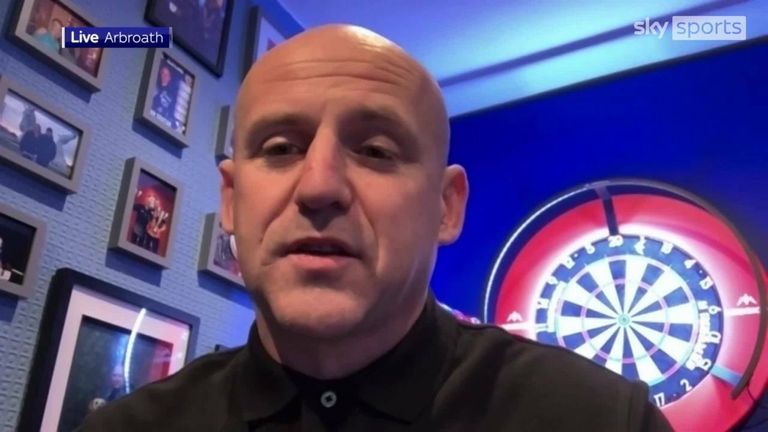 The majority of players left standing at the World Darts Championship enjoyed a relaxing Christmas break, fine-tuning their preparations for the latter stages of the tournament. However, Alan Soutar is no ordinary darts player.

Just hours after reaching the third round on his Alexandra Palace debut, the 43-year-old was embarking on two marathon shifts in his role as a firefighter over the festive period – 14 hours on Christmas Eve, followed by a 16-hour stint on Christmas Day.

“I’ve done it my whole life. I’ve been a firefighter for 17 years, so I’ve learnt to deal with the adversity of my job but also to try and balance it and put enough hours in on the dart board,” Soutar told Sky Sports News.

“The longer I stay in the tournament, it’s just about balancing work and if I need more time off, there’s a lot of the guys in the station that will swap with me.”

Soutar is due to return to work at the Scottish Fire and Rescue Service in Dundee on December 30, although he will be hoping to continue his fairytale run by extinguishing Jose De Sousa’s title hopes in the third round on December 29.

Soutar battled past Diogo Portela on his Alexandra Palace bow, before producing a blistering fightback to stun Mensur Suljovic in round two, surviving eight match darts in the process.

‘Soots’ trailed 2-0 in sets and legs at one stage but, undeterred, he capped off a remarkable fightback with a majestic 144 finish to send Suljovic packing. 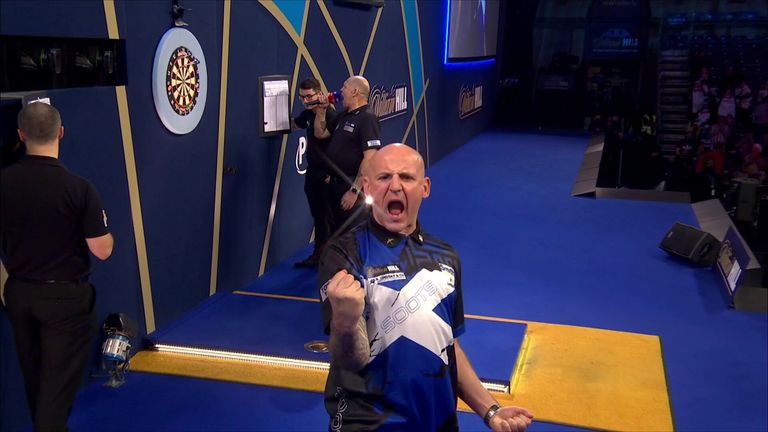 The Scot has coped magnificently with the cauldron-like atmosphere in the capital, but he’s been buoyed by the support from his beloved Arbroath, who are currently flying high in the Scottish Championship.

“I absolutely love being from Arbroath. I love being Scottish, I am very patriotic,” said Soutar, who was rocking the tartan trousers during his clash against Portela.

“It is amazing that they’re behind me and a couple of days ago they tweeted a picture of my darts shirt in the dressing room at Gayfield Park, with the stars of the team [Michael] McKenna, [Thomas] O’Brien and [Colin] Hamilton. It is pretty immense.”

Soutar may be a newcomer to the PDC circuit, but he boasts no shortage of experience, having made 50 international caps while also featuring in two BDO World Championships.

The 43-year-old took the plunge at PDC Qualifying School earlier this year, and the rest is history.

Soutar’s exploits at this year’s World Championship have catapulted him to 54th on the PDC Order of Merit, and no player who secured a Tour Card in February has amassed more prize money than the Arbroath arrowsmith.

“The Tour Card is seen as the golden ticket in the PDC. It has changed my life immensely, but I’ve still got a job obviously, so I’m not a full-time professional darts player,” he said.

“It is just about juggling both my job and darts, but now I have made the third round at Ally Pally in the World Championship, that potentially can change my life forever.” 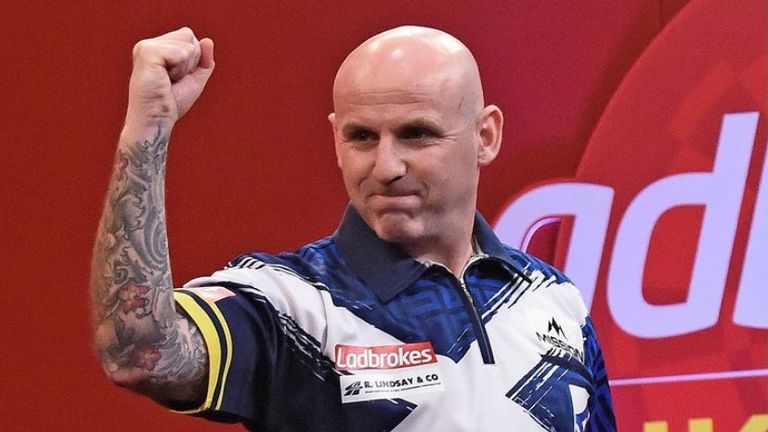 “I think if I can still be in that tournament in the next few days leading up to New Year, then that is the start of something really special for me.”

Soutar: World Champs could be life-changing

Soutar’s life doesn’t just revolve around juggling darts and his job, however.

For over four years, Soutar and his partner Amanda have been training guide dogs from their Arbroath home, in a bid to help those most in need.

He is also heavily involved in amateur darts, running darts academies in Scotland for the best part of a decade, and this selfless nature is a huge factor in his popularity among fans and players alike.

‘The Special One’ also fought back from two sets down in his second-round tie to defeat Jason Lowe, and Soutar is relishing the chance to pit his wits against the Premier League finalist, for a place in the last 16.

“I feel good. I’ve won two games now on the stage at Ally Pally,” he added.

“Jose is obviously the world No 7 so it is a massive task for me, but I’m now up to number 54 in the world and there’s nothing stopping me causing another upset. Nothing at all.

“I have never played Jose, so I’ll be prepared and a few days of practice before I come back – let’s take him on, let’s go for it.”

“I am just taking it round by round. I know it is a bit of a cliché, but I think if I can still be in that tournament in the next few days leading up to New Year, then that is the start of something really special for me.”

Join us for the conclusion of the World Darts Championship at Alexandra Palace. Check out daily Darts news on skysports.com/darts, our app for mobile devices and our Twitter account @skysportsdarts