Sussex Champion Hurdle honours went the way of Aucunrisque on Easter Sunday after a battling performance to get up on the line and land the £50,000 feature at Plumpton for Chris Gordon.

With regular jockey Tom Cannon riding the Alan King-trained Midnights Legacy in the race, Harry Cobden picked up a handy spare and took full advantage by galvanising his mount (13/8f) to a narrow victory by a short-head.

The six-year-old novice travelled smoothly into the race but briefly looked in trouble having ran just nine days ago at Aintree, with David Pipe’s Bashful Boy going well under Philip Armson around the final turn. Harry Cobden hailed the display of Aucunrisque who battled back to land the Sussex Champion Hurdle in good style for the Chris Gordon team on Easter Sunday.

But after being headed in the straight, Aucunrisque fought back gamely and got up on the line to take Plumpton’s big prize in what was his final run of the season.

A delighted Gordon spoke to Sky Sports Racing after the race, saying: “I’m absolutely over the moon with that and thanks to Plumpton for putting up such a good prize.

“He’s got a couple months out in the field now so that’s good for the horse. He’s not the biggest horse but we might go to Lambourn and pop him over some fences in the next week.

Jockey Cobden added: “Well, when I saw Mr Armson arrive up my inside jumping the third-last going a bit better I was worried but as soon as I turned in I knew he would keep finding and he’s a very genuine horse.

“He only ran nine days ago and had a hard enough race at Aintree so he’s probably quite good. 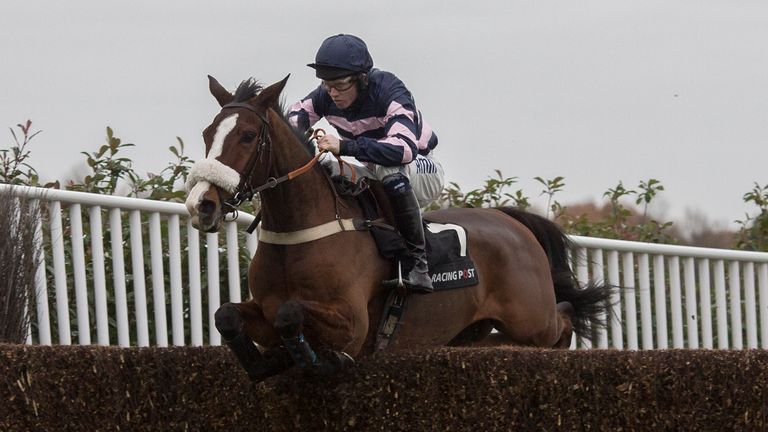 Sky Sports Racing’s Hayley Moore provides an update on brother Josh who will be out for at least two months after a fall at Haydock on Saturday.

“I met the owner’s son at a Cheltenham preview evening and I think that might be part of the reason why I got the ride!”

Earlier on the card, Saligo Bay (8/13f) landed the odds for Gary and Jamie Moore in the maiden hurdle, with jockey Jamie admitting after the race he didn’t want to be at the track following brother Josh’s fall at Haydock on Saturday.

“They’re just looking after the X-ray at some possible damage in his lower back. That may also potentially need an operation.” 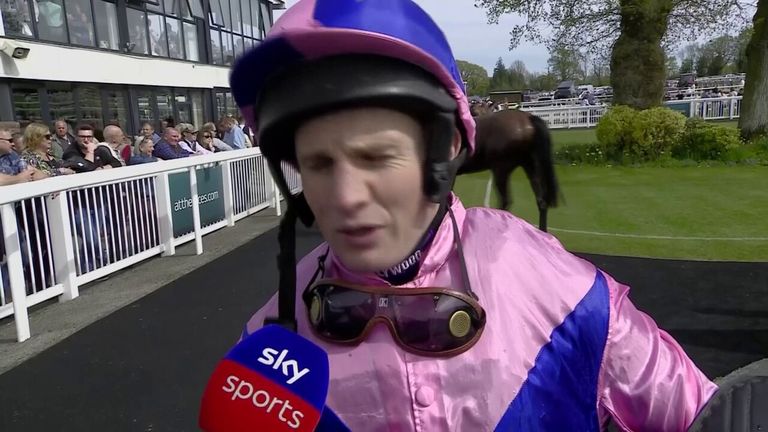 Jamie Moore admitted he didn’t want to be at Plumpton riding on Sunday after his brother Josh sustained an injury at Haydock on Saturday.

Also on the card, Brendan Powell bagged a winner in the novices’ handicap hurdle with Bourbali (2/1f), having picked up a 14-day ban yesterday for improper riding at Newton Abbot.

The rider was aboard David Bridgwater’s Extraordinary Man when the Harry Fry-trained San Giovanni, challenged on his inside.

Extraordinary Man began to drift left as the hurdle neared and forced San Giovanni off his line, with the latter gelding then running out at the flight and unseating jockey Kevin Brogan.

Powell was also dislodged in the aftermath and was subsequently handed a 14-day ban, beginning on April 30, paused on May 1 as there is no jump racing, and resuming on May 2 to run until May 14.

The Met Police’s investigation into lockdown breaching events at Downing Street and Whitehall has now concluded. They have issued, or will issue, 126 fixed penalty…