Barcelona have completed the signing of Ferran Torres from Manchester City.

The Spanish club agreed a deal to sign Torres from City in the week leading up to Christmas.

The 21-year-old is regarded by Barcelona as one of Spain’s most promising talents. They are able to spend in January after recently receiving sizeable investment via a bank loan.

Torres joined City for an initial fee of £20.8m plus bonuses on a five-year deal in August 2020 but has played only four times in the Premier League this season, scoring twice, and once more in the Champions League.

Torres departs the Etihad Stadium having scored 16 goals in 43 appearances for City in all competitions. He also helped Pep Guardiola’s team to the Premier League and Carabao Cup last season.

He has been sidelined since October with a foot injury suffered on international duty with Spain. 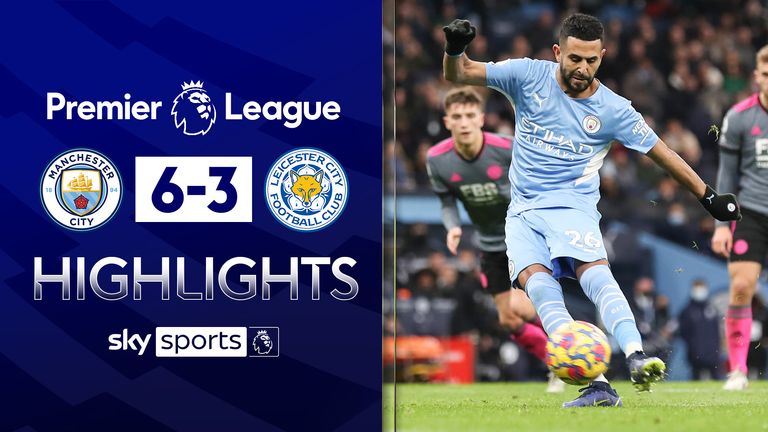 FREE TO WATCH: Highlights from Manchester City’s win over Leicester in the Premier League

Prior to his move to City, Torres attracted interest from Barca, Real Madrid and some of Europe’s top clubs as a result of his exploits at Valencia.

A graduate of the club’s academy, he made his first-team debut in 2017 and went on to score nine times in 97 matches and helped them to the Copa del Rey in the 2018/19 season.

Follow every Man City game in the Premier League this season with our live blogs on the Sky Sports website and app, and watch match highlights for free shortly after full-time.

Get all this and more – including notifications sent straight to your phone – by downloading the Sky Sports Scores app and setting Man City as your favourite team.