Team news and stats ahead of Women’s Football Weekend, with north London and Birmingham derbies, and two games on Sky Sports. 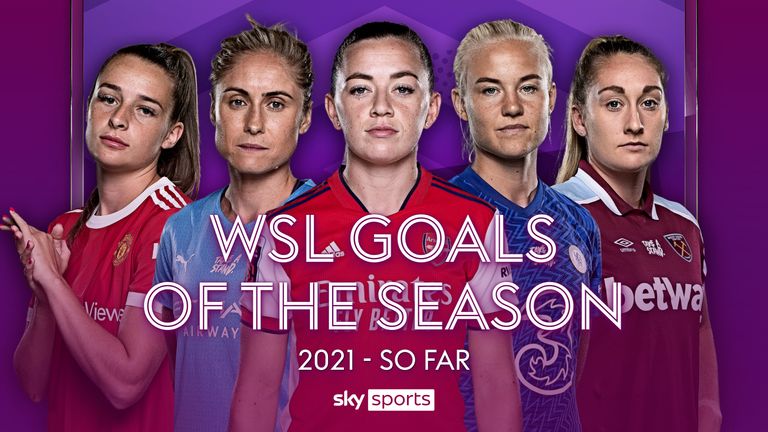 Ahead of a big weekend in the Women’s Super League, we take a look at some of the stunning goals that have been scored so far this season.

Tottenham goalkeeper Tinja-Riikka Korpela looks set to keep her place after she was given the nod for the 1-1 draw with Man Utd last weekend. Highlights of the WSL match between Arsenal and West Ham.

Further forward, the hosts are expected to line up with a five-strong defence and have no new injury problems to contend with.

Arsenal’s Jennifer Beattie has missed more than a month so Lotte Wubben-Moy will likely keep her place at centre-back. Viv Miedema was rested for the win over West Ham last weekend but is expected to return. 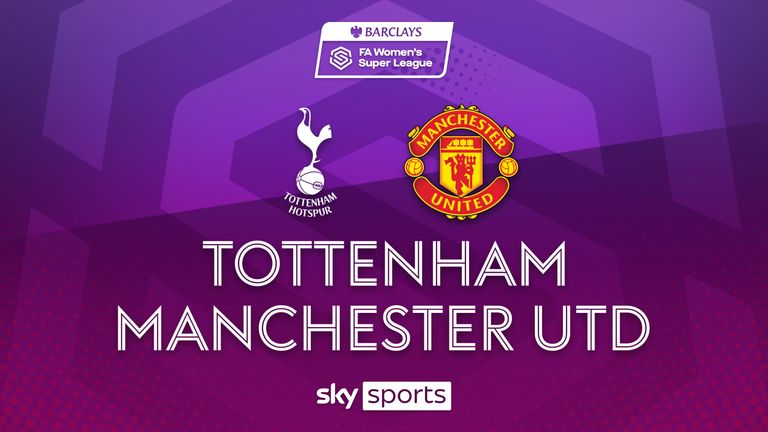 Highlights of the WSL match between Tottenham and Manchester United.

Highlights of the WSL match between Tottenham and Manchester United.

Everton look unlikely to make many changes from their 1-0 defeat to Brighton last weekend, with a front three of Toni Duggan, Kenza Dali and Anna Anvegard set to continue.

Alessia Russo’s form has cemented her place at the tip of Manchester United’s attack, while Hayley Ladd, given a starting berth against Tottenham last weekend, is also set to keep her place. 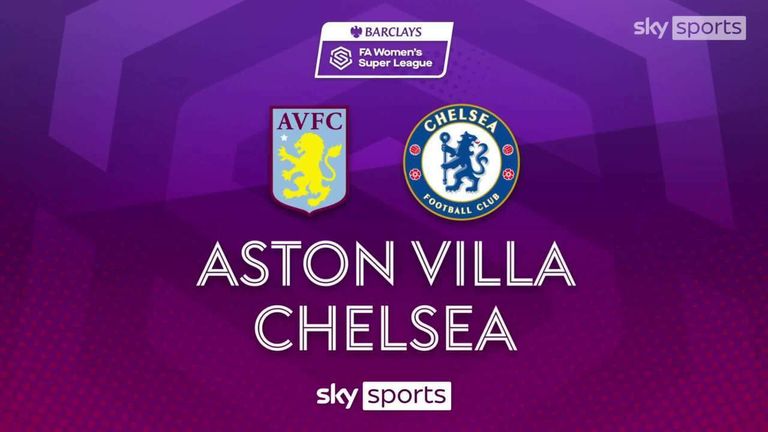 Highlights of the Women’s Super League match between Aston Villa and Chelsea.

Birmingham will welcome back Sarah Ewens from injury, although she is not expected to be fit enough to start the second-city derby.

There is better news for Rebecca Holloway though, after she came off the bench last weekend and is now pressing for a place in the starting line-up.

Aston Villa look likely to revert to a more attacking line-up with Freya Gregory, Alisha Lehmann and Ramona Petzelberger set to line up behind Chantelle Boye-Hlorkah in attack. 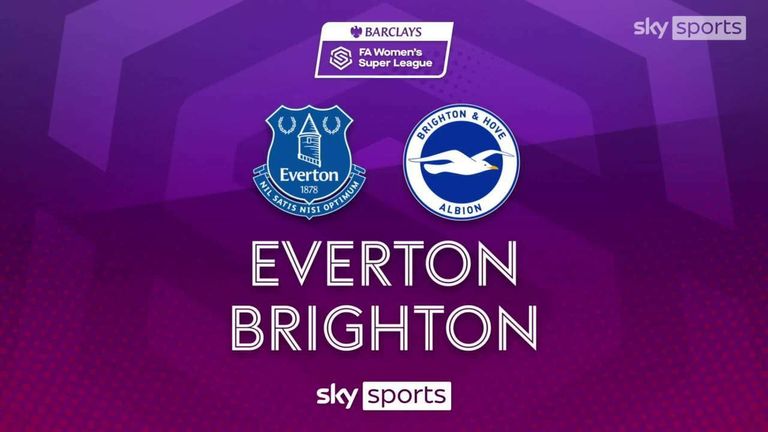 Highlights of the WSL clash between Everton and Brighton.

Brighton may continue with the back three which served them well against Everton, with Geum-Min Lee and Danielle Carter leading the line.

Leicester will be without the injured Georgia Brougham, with Sophie Howard set to take her place at right-back. 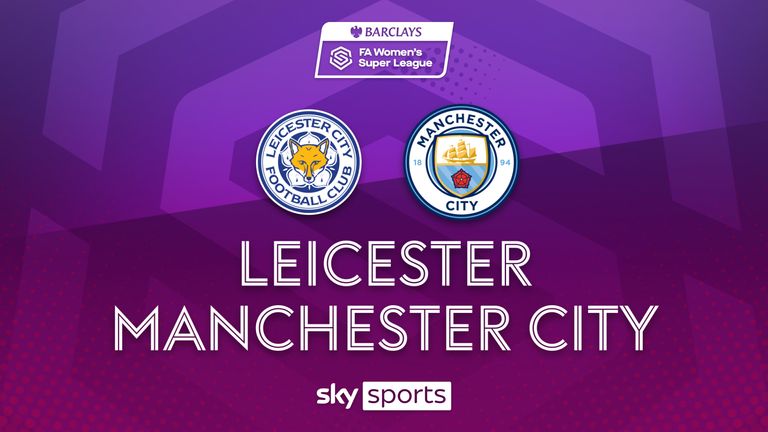 Highlights of the WSL game between Leicester and Man City.

Chelsea are expected to bring Ji So-Yun back into the starting line-up after Drew Spence replaced her for the midweek thrashing of Servette. 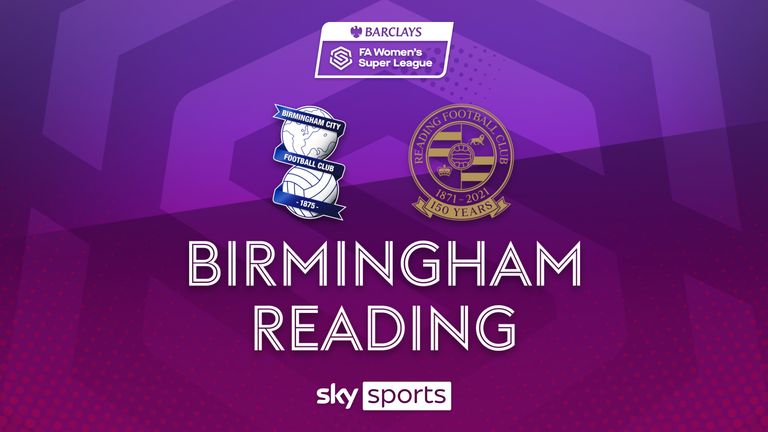 Highlights of the Women’s Super League match between Birmingham and Reading.

Maisy Barker and Adriana Leon remain on the sidelines for West Ham but Grace Fisk, who came off the bench at half-time last weekend, is fit enough to start. Lisa Evans could also return, with the Arsenal loanee ineligible to face her parent club last weekend.

Reading may start with the same line-up as beat Birmingham last weekend, although Rachel Rowe may be fit after shaking off a muscle complaint.

In Part 1, Ballon D’Or runner-up Lucy Bronze gives some unique insight into Everton’s new manager Jean-Luc Vasseur and looks forward to their televised clash with Man Utd this weekend, while explaining why Man City’s season has got off to a rocky start ahead of their game with champions Chelsea.

In Part 2, Gilly Flaherty ponders why Tottenham have started the season so well and whether Arsenal can go unbeaten with a north London derby on the way this weekend, and looks forward to her West Ham side taking on Reading on the back of their own solid start.

In Part 3, Sophie Haywood explains how Aston Villa have kicked on from last season ahead of their second-city derby with Birmingham, and considers why Leicester have found the jump to the top flight tough as they face Hope Powell’s in-form Brighton side.

Here’s how to follow the WSL on Sky Sports…

Sky Sports digital – Follow all the latest from the WSL across SkySpots.com and app, including exclusive features and interviews, plus dedicated live blog coverage and in-game clips from games live on Sky Sports. You can watch free match highlights from every WSL game this season on Sky Sports’ digital platforms and YouTube channel.

Inside the WSL – Hosted by award-winning broadcaster and journalist Jessica Creighton, Inside the WSL is a comprehensive round-up of all things Barclays FA Women’s Super League and women’s football. Airing weekly from Thursday, September 9 on Sky Sports Premier League, the half an hour show will review and preview matches, include in-depth analysis and exclusive player interviews. Viewers can expect gripping behind the scenes access as well as a summary of all the action both on and off the pitch.

Sky Sports Social – Alongside coverage and visibility for the league across all Sky Sports’ main social media channels, a new bespoke Twitter channel @SkySportsWSL will be the home of all Barclays FA WSL content on Sky Sports.

To add all the Barclays FA WSL fixtures to your calendar click here.