In an exclusive interview with Sky Sports, Brighton chief executive Paul Barber speaks about the club’s success in both the men’s and women’s leagues so far this year.

Speaking at the Amex stadium as Hope Powell’s Brighton Women came out as 1-0 winners over Leicester to secure their third straight league win, Barber said he has been impressed with Powell’s work since joining the club in 2017.

He said: “Hope has done a great job.

“She has instilled a lot of professionalism, a lot of structure to the way the women’s team play.

“But also right the way through our women’s and girl’s pyramid, there is real professionalism and a discipline and an aspiration to play at this level, which is great to see.” Highlights of the WSL match between Brighton and Leicester

While Powell’s side are all the way up in third in the Women’s Super League after seven games, Graham Potter and the men’s side are enjoying similar success in the Premier League.

They are in seventh, having lost only two of 11 games all season.

Barber said: “I think we have been getting some of the wins this season that we just didn’t get last season.

“We drew a lot of games.

“We played very well, had a lot of possession in games, didn’t really close out some of them the way we would have liked but this year we’ve started to turn that around.

“There’s a long way to go so we’ve still got our feet very much planted on the ground but so far, I’m very pleased with the start.”

Having impressed with his football and keeping Brighton in the Premier League for two consecutive seasons, his name has been mentioned as a potential candidate for recent managerial vacancies. 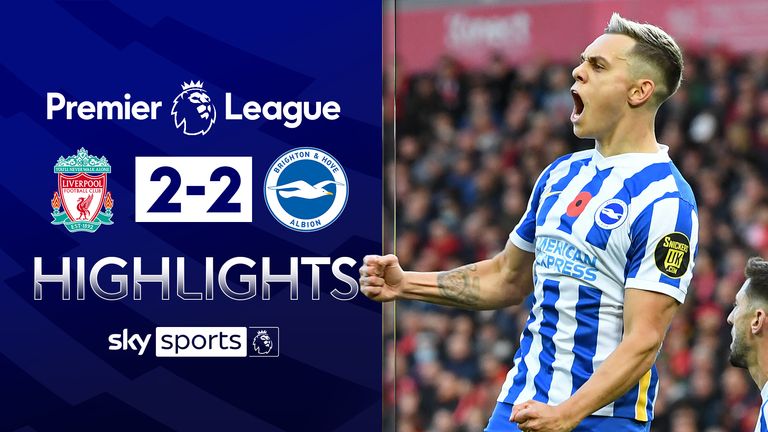 But Potter is still with the club, and Barber said: “There is always going to be interest in good people, whether it’s coaches, players or even backroom staff as well.

“We’ve got Graham on a long contract, we like what he’s doing, we want him to be here for a long time to come and I think he’s happy to be here.”

During the international break, 46-year-old Potter took part in project ‘Antifreeze’, where he spent the night sleeping rough for charity.

Barber said: “Graham and his coaching staff wanted to help raise awareness of the problem we have not just in this city but all over the country of people being homeless.

“I think Graham and his staff wanted to demonstrate some of those pressures and raise awareness of the problem which is affecting the whole country.”