Matt Campbell and Jeff Smith reached the quarter-finals in 2020, in their first appearance as a pair; watch all four days of World Cup of Darts action from Germany on Sky Sports, starting on Thursday at 6pm on Sky Sports Arena

Team Canada were one of the success stories of last year’s World Cup of Darts, and, fresh from securing his two-year PDC Tour Card, Matt Campbell is relishing his latest shot at the big time.

Campbell and his compatriot Jeff Smith earned many plaudits for their exploits in Austria last year, reaching the quarter-finals to equal Canada’s best performance in World Cup history.

They produced a superb display to dump out fourth seeds Northern Ireland in round one, following that up with an emphatic victory over New Zealand, and it was only a brilliant Belgium that denied them a semi-final spot.

As a former Lakeside finalist, Smith’s pedigree was no secret, yet Campbell was one of the tournament’s surprise packages – his 4-1 singles success over World Matchplay champion Dimitri Van den Bergh being the highlight of a memorable weekend.

Canada have been touted as a potential dark horse in this year’s event, but they face a tough opening assignment against hosts Germany, who will be roared on by a capacity crowd in Jena.

“If we can just keep our head down and grind it out, I don’t see why we can’t make a good run at it again this year. I’d like to at least make the quarter-finals again, and then go from there!”

Gabriel Clemens and Max Hopp – semi-finalists last year – will lead Germany’s latest bid for glory, but Campbell insists he is excited by the prospect of fans returning, even if the reception may be hostile.

“Obviously they [Clemens and Hopp] are both great players, so it is going to come down to being mentally strong and trying to block out the crowd noise, tune it out and play my game.”

For Campbell personally, it has been a whirlwind 12 months. Having impressed at the World Cup, he contested an Ally Pally thriller against Scott Waites in December’s World Championship, succumbing in a dramatic last-leg decider. 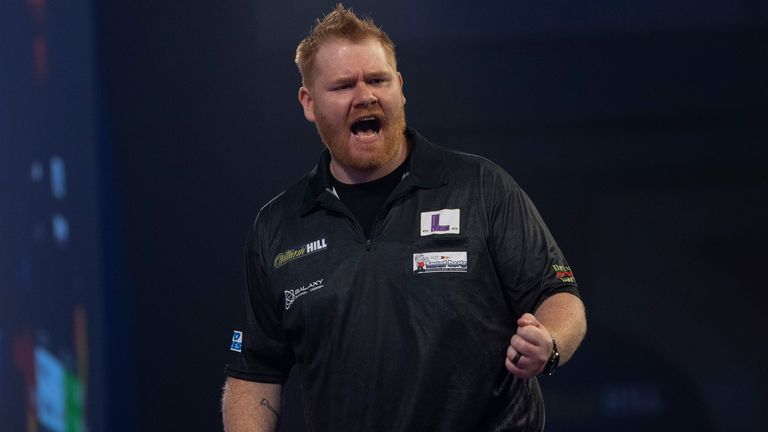 “It is amazing. I don’t think words can really describe how the feeling is.”

The 31-year-old endured a disappointing campaign at European Qualifying School in February, having been highly fancied to progress, but he has certainly made amends since.

Campbell has been prolific on the European Challenge Tour in 2021, and his third triumph of the season last weekend proved to be career-defining.

The Canadian’s latest victory saw him secure a PDC Tour Card for 2022 and 2023 after topping the European Challenge Tour Order of Merit, which also sealed his place at this year’s World Championship and Grand Slam of Darts.

“It is amazing. I don’t think words can really describe how the feeling is. It feels like hard work actually does pay off sometimes,” Campbell admitted.

“I would like to keep my PDC card for a long period of time, but I guess that is the thing with this sport – it just comes down to who’s on the day of [competition], so I am just hoping I can be on more than some of the other guys during the tour.”

The growing North American presence on the PDC circuit is testament to the conveyor belt of talent being produced by the Championship Darts Corporation [CDC], and ‘The Ginga Ninja’ believes there is potential for further growth.

“There are a lot of talented players that are capable of coming here and potentially earning their Tour Card, but I think with the CDC, they are offering more avenues, so it is making people work that much harder.

“I think people will work harder if we could get something bigger in Canada, to make it worthwhile to travel all around Canada to play, instead of just playing in your backyard. Other than that, it is just growing like crazy.”

However, with great opportunity comes great sacrifice, as Campbell’s colleagues can attest to. He has a young family back home in Ontario, where he works as a welder, but now he is setting his sights on climbing the darting ladder.

“I will probably do what Jeff [Smith] does, as I still have three young kids at home, but if I have got to stay in the UK a month at a time, then I’ve got to do what I’ve got to do. My family is very supportive,” he continued.

“Up to this moment, they [work] have been excellent. They have let me have the time off I need to come and chase the dream.

“I am really looking forward to it. I am expecting to just play good darts and hopefully have some [great] matches along the way, and whatever happens, happens.”

Darts is back on your Sky Sports screens in September when the World Cup of Darts takes place in Germany, all four days of action will be live – coverage begins on Thursday September 9

Sajid Javid has said he is “confident” that a booster programme for coronavirus jabs can begin this month. The health secretary told Kay Burley that…

Boris Johnson will be confident of victory in a snap Commons vote on his NHS bailout and social care shake-up, which MPs are claiming is…

The game changing container company is a shell of its former self. What happened to one of the hottest enterprise technology businesses of the cloud…

Companies don’t support open source for purely altruistic reasons. They expect a return on their investment. Getty Images A friend recently sent me a DM…

GCToolkit parses log files into discrete events and has an API for aggregating data from those events, allowing complex analyses of the state of managed…