Gerwyn Price is an emphatic favourite to retain his World Grand Prix title, after Michael van Gerwen, Peter Wright and Gary Anderson all crashed out on an extraordinary evening of action at the Morningside Arena on Monday night.

‘The Iceman’ became just the seventh man in the tournament’s history to register a ton-plus average in the double-start format on Sunday; averaging 100.82 to defeat world No 9 Michael Smith in comprehensive fashion.

The Welshman sent out a statement with his merciless display against ‘Bully Boy’, and he watched three of his title rivals all succumb in the opening round just 24 hours later, following one of the most dramatic nights in World Grand Prix history.

The seeded trio of Van Gerwen, Wright and Anderson joined world No 5 Dimitri Van den Bergh in departing at the first hurdle, after the enigmatic Belgian squandered four darts to defeat Ryan Searle in a last-leg thriller on Sunday.

Two-time Grand Prix champion James Wade and major winners Jose De Sousa, Jonny Clayton and Rob Cross are among those still in contention, but as Price bids to seal his spot in the quarter-finals on Tuesday night, there are plenty of questions still to be answered…

Can King trouble the irrepressible Iceman?

Prior to sealing his maiden World Grand Prix crown 12 months ago, Price revealed his dislike of the double-start format. What a difference a year makes!

His opening-round assignment against world No 9 Smith was a potential banana skin – particularly given Smith’s mercurial nature, coupled with the short format. However, the Welshman underlined why he’s the world No 1 with an imperious display.

“Everybody is out there to beat me and I don’t blame them. I am playing really well and I thrive in these situations. Under pressure I’m playing some good darts,” Price told Sky Sports. 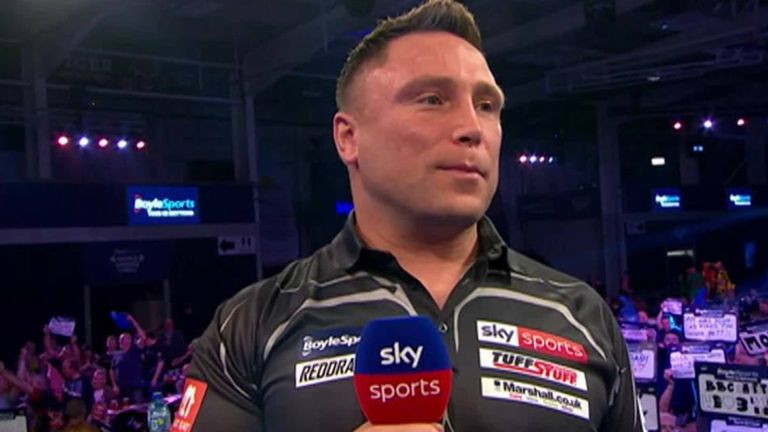 On the basis of his first-round performance, it could take something very special to dethrone the world champion, but who better than ‘The King’ himself?

Mervyn King possesses the necessary pedigree. The 2012 Grand Prix runner-up remains a world-class operator, having featured in a televised final as recently as January, at the season-opening Masters.

He defeated Price 11-10 in the semi-finals of that event, and he also boasts televised wins over Peter Wright, Jose De Sousa and James Wade within the last 12 months, but he’ll have to roll back the years if he’s to dump out the current king of world darts.

Will Bunting reproduce the goods against Wade?

Another intriguing last 16 encounter pits two-time Grand Prix winner James Wade against a resurgent Stephen Bunting – a semi-finalist in the double-start event on his debut in 2014.

“I actually believe I’m playing better than I’ve ever played. I’ve never felt this confident or comfortable with a set of darts,” Bunting told reporters post-match.

“I’m totally focused on playing the best that I can play. I’ve turned up this week and I’m here to win it. If I play like that consistently for the next four games, I’ve got a really good chance.”

Wade is renowned as one of the world’s best in the doubling department, yet remarkably, ‘The Machine’ narrowly avoided a sixth opening round defeat in seven years against Damon Heta, taking out a classy 121 kill on the bull to prevail in a last-leg decider.

The 10-time major champion is a perennial winner; one of the sport’s ultimate opportunists. He’s made a habit of capitalising when his rivals bow out of tournaments, but can he repeat the feat against a confident Bunting?

The curious case of Dave Chisnall. Chizzy is irrefutably one of the most prolific scorers in world darts, but in crucial moments, he has been susceptible on the outer ring, which has thwarted his bid for an elusive PDC major title.

Despite this, the world No 8 has enjoyed sustained success at the World Grand Prix, reaching two finals and two semi-finals since 2013 – only Van Gerwen can boast such consistency in the double-start format.

Chisnall locked horns with Mensur Suljovic in his opener, and after fending off a fightback from the Austrian to prevail in a third-set decider, the 41-year-old revealed that recent frustration is fuelling his campaign in Leicester. 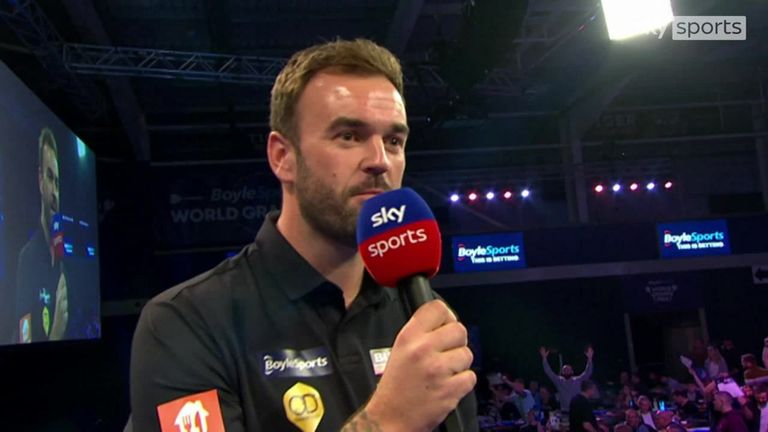 Ross Smith reached the last 16 on debut at the World Grand Prix, courtesy of a straight sets win over Joe Cullen

Ross Smith reached the last 16 on debut at the World Grand Prix, courtesy of a straight sets win over Joe Cullen

“I was disappointed in myself not to qualify for the European Championship. I want to do well this week and prove a point,” he told journalists post-match.

The five-time major finalist will take on Ross Smith for a place in the last eight, after ‘Smudger’ eased past world No 13 Joe Cullen to cap off a dream debut.

Given his double-start pedigree, Chisnall will be quietly confident of launching another Grand Prix assault this week, with a potential quarter-final showdown against Gerwyn Price on offer. If he overcame ‘The Iceman’, would he ever have a better chance of breaking his major duck?

Monday night’s carnage illustrated that the double-start format is a leveller, and the trio of Luke Humphries, Ryan Searle and Ross Smith will sense an opportunity to continue their ascent up the PDC Order of Merit over the coming days.

It’s been a breakthrough year for Humphries in particular. ‘Cool Hand’ reached his first major final at March’s UK Open, and he’s since featured in three Pro Tour finals, although a maiden senior ranking title still evades him.

“It’s going well for me this year but I’m striving for bigger things and I want to push up the ladder now,” Humphries reflected, having dumped out last year’s runner-up Dirk van Duijvenbode on his Grand Prix debut. 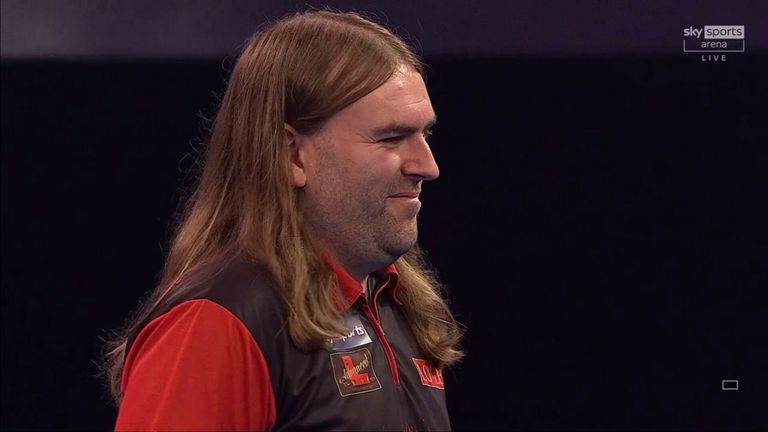 “I think I’m more determined than any player out there in the world. I’m putting the effort in. I’ve even gone through so much detail this week to make sure I’m picking the right double to start on.”

Searle has also been touted as a future major winner, and ‘Heavy Metal’ came through an opening-round epic against Van den Bergh, surviving four match darts in a dramatic finale. How significant will that prove to be come the tournament’s conclusion?

Smith swept aside Cullen for the loss of a solitary leg on Sunday, and after securing a maiden Pro Tour title in Coventry earlier this year, he’s edging closer to breaking into the world’s top 32. With four huge names already out, who will grasp their golden chance?

Don’t miss a dart as the World Grand Prix action continues from Leicester’s Morningside Arena on Tuesday October 5 – join us from 6pm on Sky Sports Arena.