Amidst his tinkering and experimenting with different sets of darts, Peter Wright is moving through the rounds at the PDC World Championship. With Michael van Gerwen eliminated, can ‘Snakebite’ capitalise and prevail in the bottom half of the draw?

The news of Michael van Gerwen’s withdrawal after a positive Covid-19 test reverberated around the PDC World Championship.

Every player left in the draw would sympathise with the Green Machine, along with Dave Chisnall and Vincent van der Voort.

But the three-time champion’s slice of bad luck presents an opportunity for others, particularly those in the bottom half of the draw.

Many were predicting a semi-final showdown between Peter Wright and MVG, and now ‘Snakebite’ is the favourite to reach the final from that side of the tournament.

Thursday at the World Championship

The 2021 World Matchplay winner was forced to produce his A-game on Tuesday night, as a mid-match change of darts saw him recover from a 0-2 deficit to defeat Damon Heta 4-2.

The Scotsman’s final average of 102.15 was all the more impressive considering his underwhelming start. 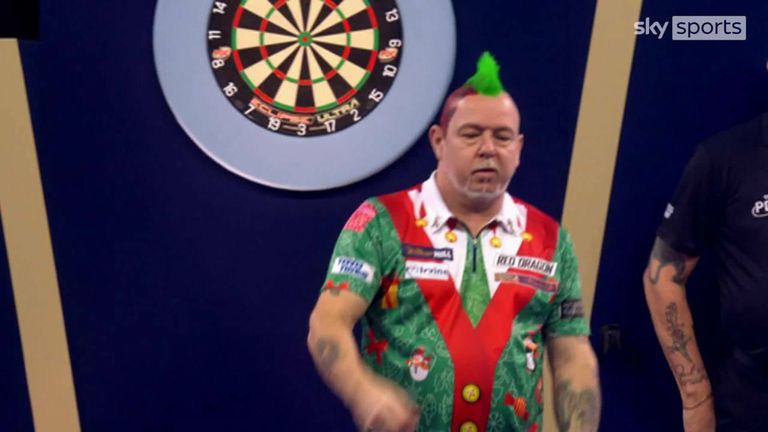 “I tried out a new set of darts. They didn’t quite work, so I went back to other ones that do work,” he summarised after the victory.

“I’m not looking for perfection, I just want to keep myself interested.

“I got to number two in the world by changing darts!”

But he says he needs to up his levels if he is to regain the Sid Waddell Trophy.

“You’ve got to play a lot better than that to win the World Championship. But lucky enough, I’ve got a few days off.” 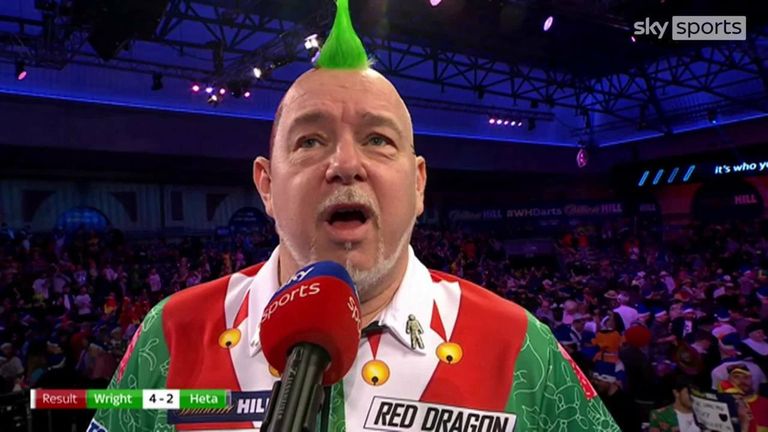 Wright credited changing darts as the main reason for his victory

Wright credited changing darts as the main reason for his victory

Next up is a last 16 showdown with Ryan Searle on Thursday night. The pair last met in the decider of the Players Championship Finals last month, which went to a deciding leg. Wright edged the contest, 11-10. And he is expecting another tough contest.

“I love Ryan. He is a fantastic player. He is great for darts. He is nice and quick, scores loads of 180s and doesn’t think about anything. He just gets up there and does the business. I am looking forward to it,” he outlined.

“I expected Ryan to play better against Danny Noppert, but obviously he didn’t. He gave him too much respect and he nearly came unstuck there. “

Mardle: Wright can throw any dart!

Wayne Mardle was hugely impressed with Wright’s victory, but perplexed by his tinkering.

“Peter was brilliant from Set Three. It did coincide with the darts [change]. He said ‘it keeps me interested’, which is just odd! But he’s been doing it (changing darts) since 2014 here. He did it the year he reached the final!” Mardle outlined.

“He’s capable – he can throw anything! But when they’re not going in, at least he owns up rather than carrying on. That’s what he can do. He’s the world number two, and there’s a reason for that.

“I don’t understand how Peter Wright’s mind works. I don’t think anyone does!

“You have to like your equipment. I suppose it’s like driving a car that you’re bored with. You just want rid of it! It seems the same with him with darts.

“If you’re using a tool that you take no inspiration from, it’s like ‘this is dull, this is boring’, maybe it does affect the way he feels like he wants to play.

“He’s just got such an ability. He can get away with it. Going two sets down against the likes of Heta, normally you’re going to end up losing, or come closer to losing than that. He did really well.”

Social media influencers should be required to display a logo on digitally-altered photos of people, according to an MP who is calling for new legislation.…

The government has demonstrated a “carelessness” in its attitude to standards, the head of the UK’s parliamentary watchdog said – as he criticised ministers for…

Boris Johnson “is going nowhere” and “retains the confidence of the people of this country”, a minister has claimed, as pressure mounts over Downing Street…