Chelsea took a big step towards Wembley as they beat Tottenham 2-0 in the first leg of their Carabao Cup semi-final.

Kai Havertz struck early for the Blues and a Ben Davies own goal doubled their lead, as Antonio Conte was beaten on his return to Stamford Bridge.

Spurs now face an uphill battle to overturn the deficit at home in the second leg next Wednesday night, while Chelsea and Thomas Tuchel will feel supremely confident of reaching the final of a competition they last won in 2015.

Tuchel outmanoeuvres Conte on his return to the Bridge 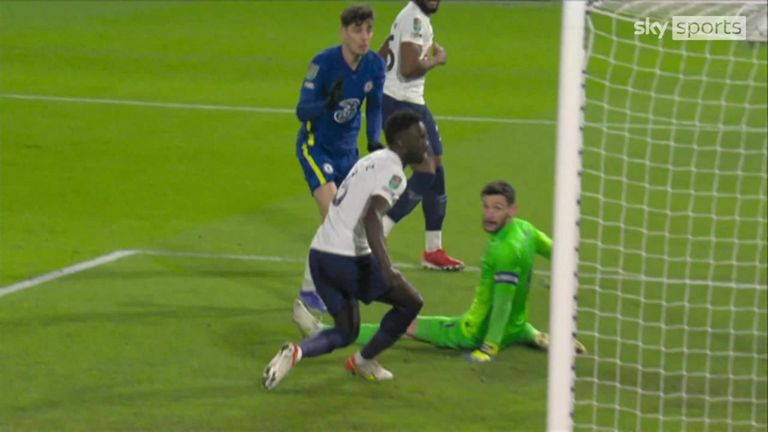 Thomas Tuchel made the surprising decision to switch to a back four and it led to Chelsea’s utter dominance of the first half. They were well worthy of their two-goal lead at the break, but from a Tottenham perspective, both goals were entirely preventable.

Japhet Tanganga, one of Conte’s changes, was largely responsible for both. After five minutes his pass sold Emerson Royal woefully short, allowing Marcos Alonso to nip in and feed the ball into Havertz, who fired in the opener.

Then after 34 minutes, Tanganga failed to properly deal with Hakim Ziyech’s inswinging free-kick, heading it right into the face of Davies as it flew off of him and past the helpless Hugo Lloris. 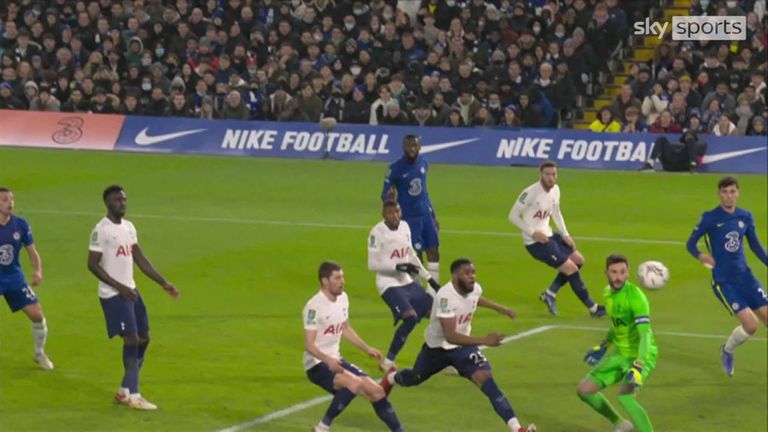 It showed how in control Chelsea were in the first half that Conte, himself also a master of the back five, switched Spurs to a back four to try and match up with Tuchel’s system.

But it didn’t do much to the pattern of proceedings, and Chelsea still remained in charge. On 66 minutes they should have taken the tie almost beyond Tottenham as Hakim Ziyech’s stunning volleyed pass found the run in behind of substitute Timo Werner, but his lofted attempt failed to beat Hugo Lloris.

And Conte appeared to accept their first-leg fate as he withdrew Heung-Min Son and Lucas Moura late on, preserving their legs for the challenge ahead.

Man of the Match: Hakim Ziyech

“Hakim Ziyech is my man of the match. It’s been a very lively performance from him. He’s been so impressive, out wide on the right and drifting in-field when he got on the ball.”

The Moroccan also would have provided one of the assists of the season with a stunning pass for Werner midway through the second half. Unfortunately for him, his team-mate couldn’t take the chance.

Both sides kick off their FA Cup campaigns at the weekend in the third round. Chelsea host non-League Chesterfield on Saturday (5.30pm), while Tottenham welcome League One side Morecambe on Sunday (2pm)