Darren Clarke and Paul Broadhurst lead Senior Open on nine under with one round to go; Colin Montgomerie in contention as ‘jelly baby trick works’ – watch final round live on Sunday from 1.30pm on Sky Sports Mix and then from 4pm on Sky Sports Golf 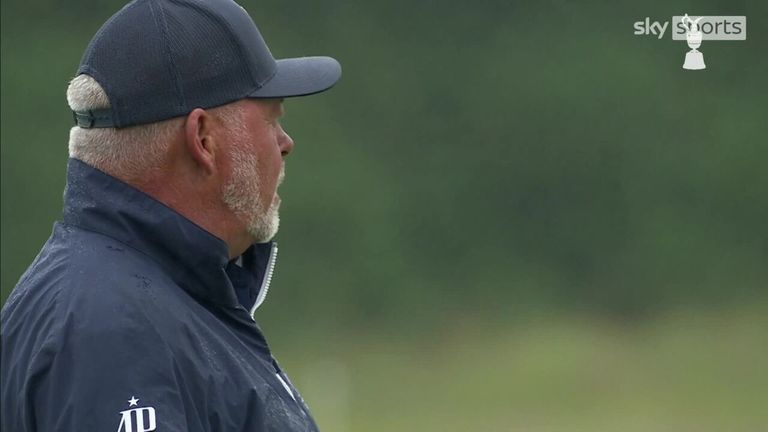 Darren Clarke birdied his final hole to join Paul Broadhurst at the top of the leaderboard after round three of the Senior Open, while Colin Montgomerie and Padraig Harrington remain in the mix at Gleneagles.

Clarke birdied his first hole and then added another gain at the 10th to move to 10 under and into a three-shot lead but back-to-back blemishes at 12 and 13 saw the Ulsterman revert to his overnight eight under.

The 53-year-old spurned other birdie chances but then picked up a shot on the last to move level with 2016 champion Broadhurst on nine under and one clear of American Jerry Kelly and New Zealand’s Steven Alker. 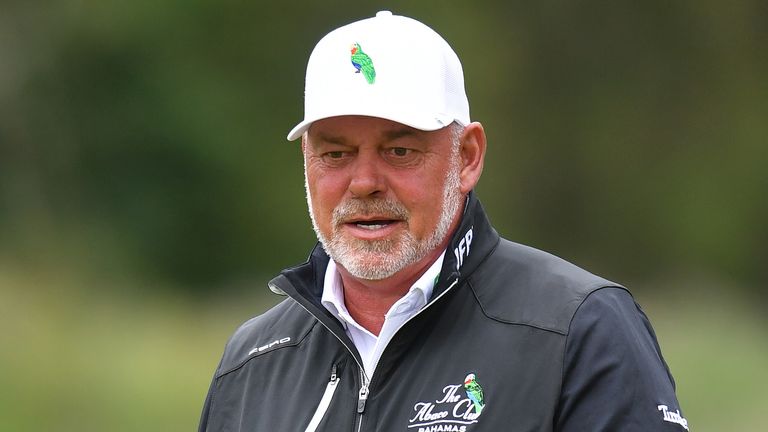 It would be pretty cool to have both of them sitting beside each other. I have given myself an opportunity. I was really pleased the way I played today. I was conservative.

Broadhurst reeled off three successive birdies across the 13th, 14th and 15th holes, with his round containing six birdies in total and two bogeys, although he missed a six-foot birdie putt on the last.

Montgomerie and Harrington are in a share of fifth spot on six under, alongside Ernie Els, Stuart Appleby and Thongchai Jaidee, with four-time champion Bernhard Langer a shot further back on five under.

Montgomerie ended his round with three birdies in a row having carded a birdie and then two bogeys at the start of his back nine after parring each of the holes on his front nine during his two-under 68.

Speaking afterwards, Montgomerie attributed his late birdie salvo to munching on jelly babies, with the Scot saying: “[My caddie and I] were talking to Pádraig Harrington about jelly babies, the best food for everything, apparently.

“I thought, ‘he’s won a few majors’ so we thought we would do the jelly baby trick on the back nine and, wow, it worked!

“So we’re going to buy a load of jelly babies to keep us going tomorrow because the weather is going to be iffy. I avoid the darker [jelly babies]. I like the reds, the yellows and the oranges.

“I said at the start of the week that I wanted to contend and not just compete and now we’re beginning to think we’re contending, so we’ll see how we go. If I can hole putts tomorrow, there’s a chance. You never know.”