Jonathan Taylor surpasses 100-yard rushing yards for the ninth game this season as the Indianapolis Colts pick up their third straight win with victory over the Arizona Cardinals, who missed another opportunity to book their playoff spot Carson Wentz passed for 225 yards with two touchdowns and Jonathan Taylor rushed for 108 yards to give the Indianapolis Colts a 22-16 win over the reeling Arizona Cardinals.

The Cardinals (10-5) have lost three consecutive games, failing to clinch a spot in the NFC playoffs with each loss, while the Colts (9-6) have won eight of their last 10.

Taylor eclipsed the 100-yard mark on 27 carries, with Indianapolis now 9-0 when the second-year running back rushes for more than 100 yards and 0-6 when he falls short of that mark. 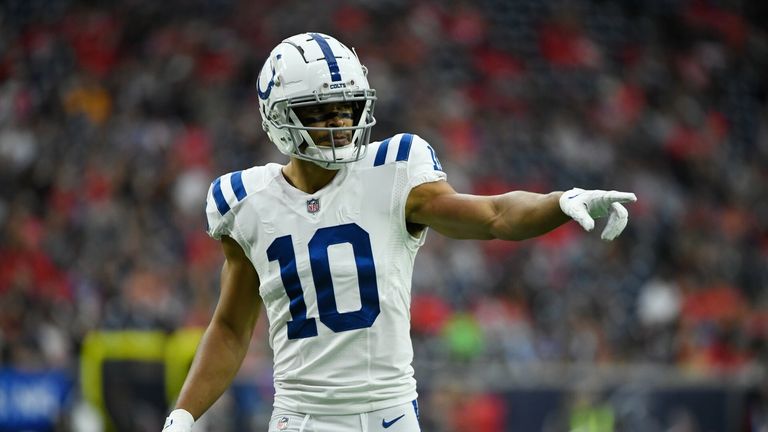 Prater’s 28-yard field goal with 46 seconds left set up an onside kick attempt that was recovered by the Colts.

The Cardinals held Taylor to 14 yards on 10 carries in the first half after he rushed for 43 yards on his first touch of the game.

The run helped set up Indianapolis’ scoring drive culminating on Wentz’s one-yard touchdown pass to T.Y. Hilton to put the Colts ahead 7-0.

Wentz completed 18 of 28 pass attempts with no interceptions, persevering through Arizona’s aggressive play up front that resulted in two sacks.

His 14-yard touchdown pass to Dezmon Patmon while taking a hit with 6:45 left in the game put Indianapolis ahead 22-13. 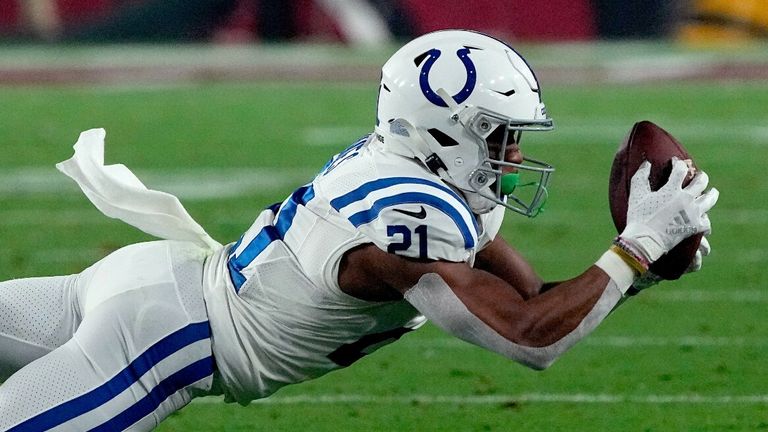 Murray completed 27 of 43 pass attempts for 245 yards with a touchdown and no interceptions. He rushed for 74 yards on four carries.

With the Colts leading 12-6, Murray connected with Antoine Wesley for a 24-yard touchdown to give Arizona a 13-12 lead with 10:53 left in the third quarter.

A 37-yard field goal by Michael Badgley with seven seconds left in the third quarter gave the Colts a 15-13 lead.

Indianapolis had to fare without star linebacker Darius Leonard after he tested positive for COVID-19 earlier in the day, with wide receiver Zach Pascal and safety Khari Willis joining him on the reserve/COVID list. All-Pro left guard Quenton Nelson, starting right guard Mark Glowinski and starting cornerback Rock Ya-Sin had all been placed on the COVID-19 list earlier this week. The Colts (9-6) can strengthen their grip on a playoff spot with victory at home to the Las Vegas Raiders (7-7) in Week 17, while the Cardinals (10-5) can still clinch their postseason berth on Sunday with a loss for the Minnesota Vikings, New Orleans Saints or Philadelphia Eagles.