Former England players Nick Compton and Mark Butcher voice their concerns over the current set-up following the Ashes defeat in Australia; Compton says Gary Kirsten should come in for head coach Silverwood, who has too much control according to Butcher 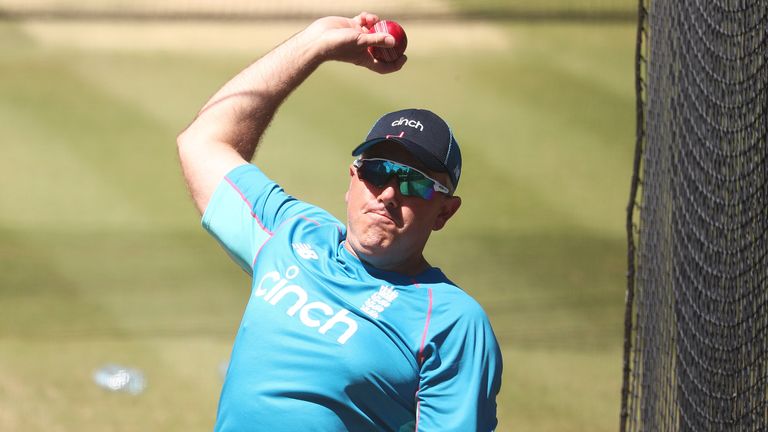 Former England batter Nick Compton believes Chris Silverwood should be replaced, and reckons Gary Kirsten would be a good option to succeed him

Former England batter Nick Compton believes Chris Silverwood should be replaced, and reckons Gary Kirsten would be a good option to succeed him

Head coach Silverwood is in the firing line with England having lost nine of their last 12 Tests.

He was not spared on the latest Sky Sports Cricket Podcast, with Rob Key saying Silverwood is “out of his depth” and Nasser Hussain claiming the former Essex coach is “incredibly vulnerable”.

Speaking to Sky Sports News, Compton and Mark Butcher added their concerns about the current structure, with the former suggesting ex-India and South Africa coach Kirsten has the credentials to take on the head coach role.

“I would make a change now,” Compton said. “I think Silverwood is a good man and did the best he can. Kirsten would be the right person. He understands top-level batting, he’s been there in a consistent fashion.”

Compton added: “Are (managing director) (Ashley) Giles and Silverwood the problem? That’s the big question. I don’t think suddenly you come in and overhaul everything.

“It’s about getting the right people into the right places. I don’t think Giles has made the right appointments. I think Kirsten should have got the coaching job, someone who’s more skilled, with experience of taking teams to No 1 in the world, who has won World Cups.

“With all due respect to Silverwood, he’s given his absolute best, but he hasn’t had the long-term experience of being a head coach.

“As well as giving him complete autonomy with the selection, it’s a huge role to take on. The selection has been pretty abysmal in this series, it obviously hasn’t worked. He could have stayed as the bowling coach, I think Kirsten would have been the right man to take on this role.

“I do think there’s been wrong appointments, the guys beneath him, what are they actually doing?” Former England batsman Butcher echoed Compton’s belief that Silverwood has too much control.

“He has been given an extraordinary amount of power as he’s also the chief selector, which is utter nonsense,” he said.

“It’s completely unsustainable. Whether or not the messaging from him is now starting to fall upon deaf ears in the dressing room is something only they know in there. It wouldn’t surprise me at all if there’s a change at the top.”

Who could replace Root if he stepped down? Were Joe Root to step down as England captain, Butcher said a figure like Nasser Hussain would be required, but the former batter cast his doubts over the current crop.

“As far as Root is concerned, you have to look around and think, ‘Who would you give the captaincy to?’,” Butcher added.

“I’ve been thinking of some names who could possibly take over. Ben Stokes is clearly one, but he’s England’s premium all-rounder playing in all three formats – is it really going to be beneficial towards his performances to take on the extra load as captain?

“And then you’re looking at people outside the team altogether. James Vince is captain of Hampshire, has experience of leading, and so you’re almost looking outside the current crop of players.

“What England need at this point of time is somebody like Nasser Hussain, as he did in the late 1990s. He came in and demanded changes of the first-class system, demanded the ECB that he get what he wanted in terms of the way players prepare. And was then able to select players on character to stop the bleeding and build a team from there.

“Who is strong enough to have that character that is around at the moment? I have no idea I’m afraid.”