Rob Cross wins an Ally Pally classic against Daryl Gurney, while a change of darts enabled a change in fortune for world No 2 Peter Wright who battled back from 2-0 down to defeat Damon Heta; Michael van Gerwen was ruled out of the tournament after testing positive for Covid-19 World No 2 Peter Wright changed his darts after falling two sets down to Damon Heta and then reeled off the next four to complete a stunning 4-2 comeback victory with six 180s and a high checkout of 161.

The competition was blown wide open after the news earlier in the day with the news that three-time champion Michael Van Gerwen tested positive for Covid-19, forcing him out of the tournament.

Dutchman Van Gerwen was set to play Chris Dobey in the final match of the night, but ‘Hollywood’ will receive a bye to the last 16. Cross and Gurney showed early intent with the former answering an opening leg 106 checkout with a whopping 147. It was ‘Voltage’ who closed it out with an 11-darter against the throw. 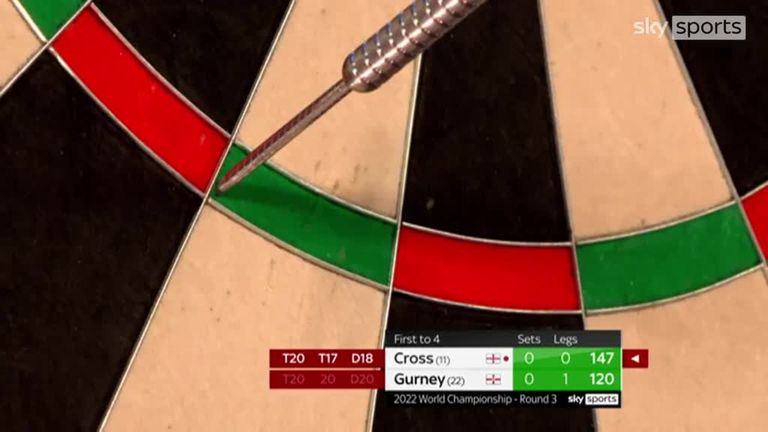 The 2018 World Champion extended his advantage over ‘SuperChin’ after taking out a 90 finish with two double 18s before a 108 checkout enabled him to seal the set.

Cross was dodging a few Gurney bullets, but the Northern Irishman finally got on the board to reduce the arrears with a third-set average of 102.90. He appeared to be on course to level things up but Cross responded with a stunning 130, an 11-dart leg, and double 1 to move 3-1 up. Gurney responded to win the fifth set with a 102.40 average, and he forced a deciding set shootout after holding it together to pin double 4.

Cross turned on the style with a clutch 89 break followed by a 116 checkout to move to within a leg of victory. Gurney was not quitting that easily as he held with his own 116, but it was Cross who won the match by landing ‘The Big Fish’. 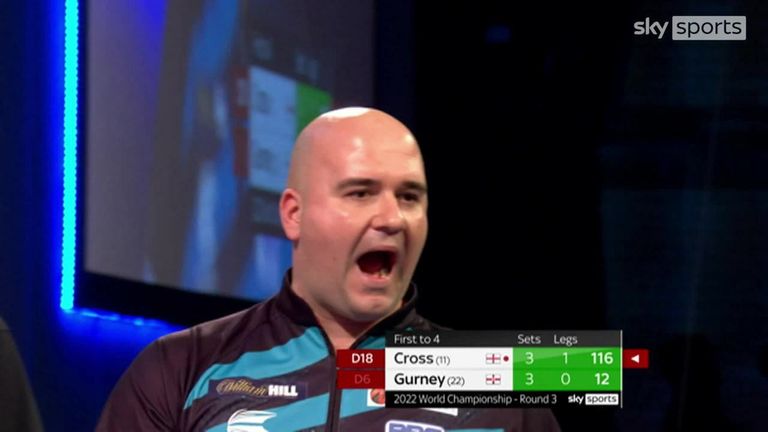 Rob Cross is the first person to win a deciding set in a (PDC) World Championship match with a 170 finish.

In the last match of the night, Heta made a solid start against former World Champion Wright, who opted for a new set of darts, with the Australian clinching the first set against the throw.

And the 31st seed soon doubled his advantage after taking out 84 in the deciding leg of the second set, leaving ‘Snakebite’ in serious trouble. 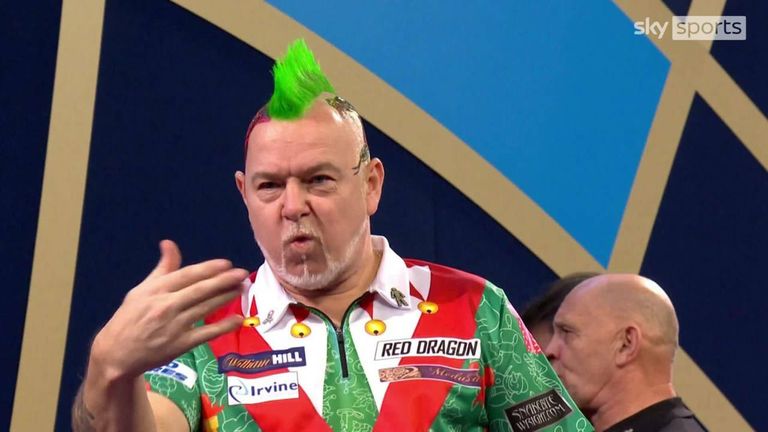 Wright came out for the third set with new darts and they made an immediate difference as the Scot landed a humongous 161 checkout to claw his way back into the contest. The world No 2 then hit a fabulous 115 en route to level matters at 2-2 in no time at all.

Heta was feeling the heat by now with Wright turning on the afterburners to claim the next two sets without reply.

“I tried out a new set of darts. Didn’t quite work, so I went back to the ones that do work,” Wright told Sky Sports. In a cauldron of an atmosphere, ‘Rockstar’ Joe Cullen survived two match darts but not the bullseye as Martijn Kleermaker sealed a 4-3 victory in a ripsnorter of a contest.

Dutch giant Kleermaker won the opening set in just four minutes and 34 seconds, clearing up 89 with two double-tops before moving 3-0 up in no time at all. But Cullen snatched the fifth set in a decider with a superb 111 checkout before going on to win the next seven legs in a row as he threatened an almighty comeback. However, debutant Kleermaker stopped he rot in style with a 130 finish and he eventually wrapped up victory after pinning a spectacular 88 on the bull. 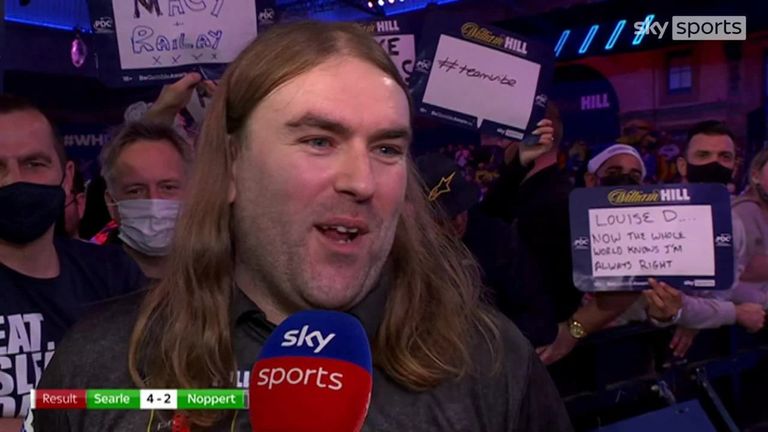 Highly-fancied Ryan Searle produced his first ever win against Danny Noppert on the biggest stage, pulling away after they were locked at 2-2 to win.

Having trailed 2-0 in the fifth set, ‘Heavy Metal’ turned the match on its head by winning the last six legs to reach the last 16 for the third time in four years. 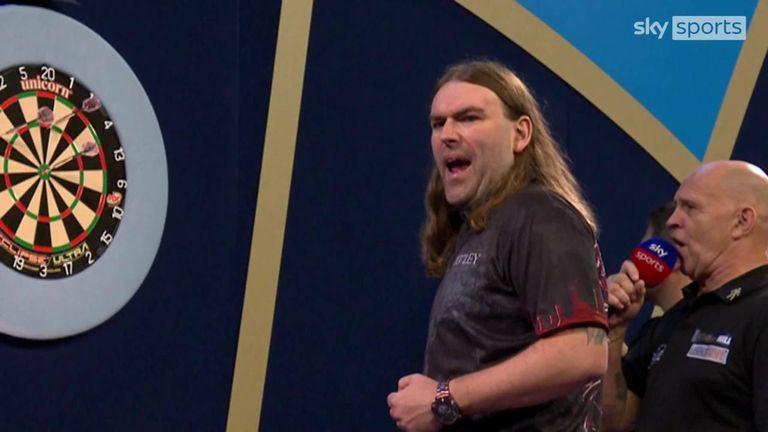 Searle nailed this spectacular 84 on the bullseye during his win

Searle nailed this spectacular 84 on the bullseye during his win

Earlier, veteran Mervyn King booked his spot in the next round with a resounding 4-0 win over Steve Lennon.

If Smith wins:-
* first World Championship QF
* moves into the top 64 of the PDC Order of Merit and will secure a tour card

The 55-year-old punished 32 missed darts from the Irishman, averaging 92.03 and hitting two ton-plus checkouts on his way to an unlikely showdown with Australian arrowsmith Raymond Smith for a spot in the quarter-finals.