Stephen Curry scored 37 points and tied a season best by hitting nine three-pointers as the Golden State Warriors (12-2) took command in the third quarter and rolled to a 117-99 victory over the Brooklyn Nets (10-5).

Curry joined Ray Allen as the second player to reach 2,900 career three-pointers when he hit his first trey early in the first quarter. Allen tops the list at 2,973. Curry shot 12 of 19 from the floor as the Warriors rebounded from seeing their seven-game winning streak stopped Sunday with a four-point loss against the Charlotte Hornets.

There were even “MVP” chants for Curry in Barclays Center on a night where he hit four step-back threes from the centrecourt logo. Yes you read that correctly, four.

James Harden scored 24 points for Brooklyn, which missed 17 of 22 shots in the third period and shot 38.6 per cent overall. Kevin Durant added 19 against his former team, shooting 6 of 19 while being held under 20 points for the first time this season.

Bojan Bogdanovic scored 27 points, Rudy Gobert logged his 11th double-double of the young season and the Utah Jazz (9-5) snapped out of a mini-funk by dominating the Philadelphia 76ers (8-7) in a 120-85 victory Tuesday night in Salt Lake City.

Gobert took advantage of the Sixers being without Joel Embiid, who has missed five consecutive games – all losses – because of COVID-19 protocols. 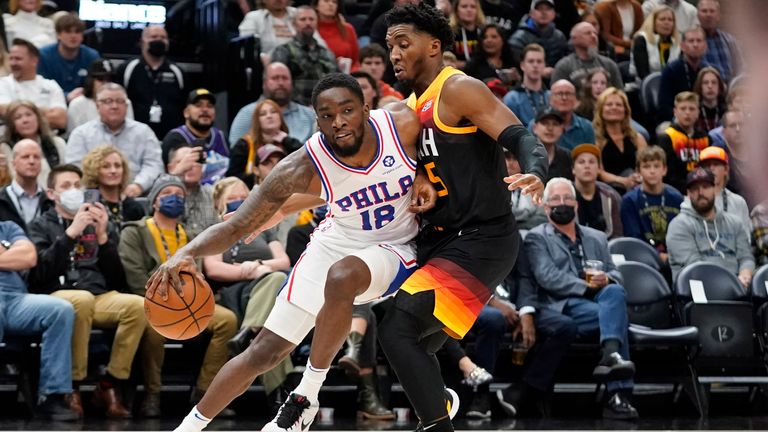 The Jazz center scored 15 points, grabbed 17 rebounds and blocked four shots while helping Utah win for just the second time in six games. He spearheaded a Jazz defense that limited Philadelphia to 36.7 per cent shooting.

Bogdanovic hit 9 of 12 shots overall and 5 of 7 from three-point range to lead a Utah offense that made 51.7 per cent of its field-goal attempts and earned its largest margin of victory this season.

Paul George scored 34 points and Reggie Jackson added 21 as Los Angeles finished off a 5-1 homestand with a victory over visiting San Antonio. 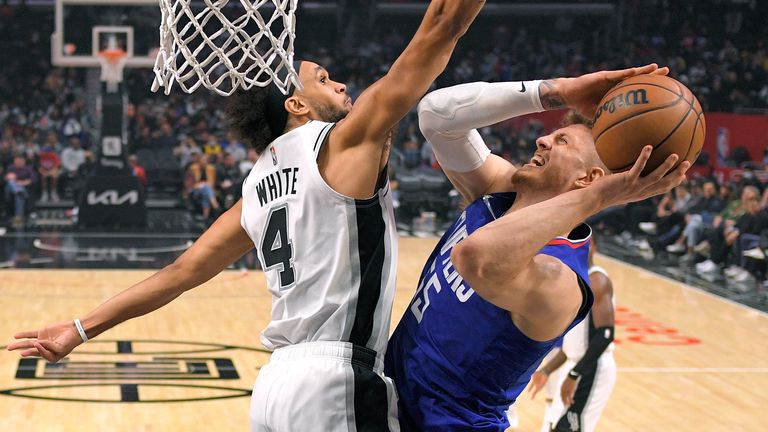 Rookie Brandon Boston Jr. scored a career-high 13 points as the Clippers rebounded from their only loss of the month, 100-90 to the Chicago Bulls on Sunday.

Ivica Zubac had 13 rebounds for the Clippers as Los Angeles had a 52-40 overall rebounding advantage over the smaller Spurs.

San Antonio shot just 5 of 22 (22.7 per cent) from three-point range. Dejounte Murray tallied 26 points, 12 rebounds and nine assists as the Spurs lost their third consecutive game and fell for the sixth time in their last eight.