The Golden State Warriors guard closed out the third quarter with a shot over Denver Nuggets playmaker Facundo Campazzo to become the first player in NBA history to make 3,000 successful shots from beyond the arc.

“It was cool to reach that milestone,” said the two-time MVP. “It’s a pretty awesome accomplishment. It’s kind of a weird thought to think for the rest of my career for the most part, I’m pretty sure every three I make will be a new record so I’m just going to enjoy it.”

It comes just two weeks after Curry broke Ray Allen’s record to become the NBA’s all-time 3-pointers leader. Curry was asked after Tuesday’s game if he has a specific target in mind that he wishes to reach by the end of his career, but says he is not thinking about it that way.

“The same thing when I hit 400 in a season,” he added. “You don’t really put limits on what can happen, you just hoop and enjoy yourself and see what happens when it’s all said and done.” 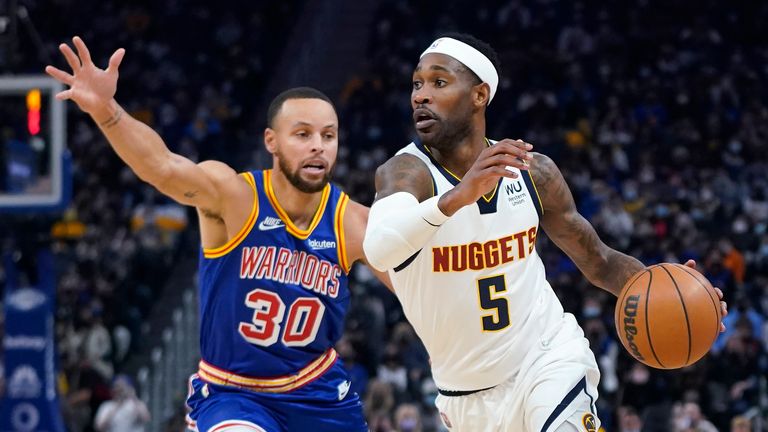 Curry’s five 3-pointers and 23 points were not enough for the win though, as the Warriors went down to the Nuggets 89-86 at Chase Center. The Dubs paid the price for a slow start after falling as many as 23 points behind in the first quarter.

“They were the aggressor from the start,” Warriors coach Steve Kerr said. “I loved the way we fought back in the second half and gave ourselves a chance. Really proud of the guys for the effort, but obviously we’ve got to play better.”

The Nuggets started the game on a 10-0 run and built a 31-16 lead after the first quarter. Curry remained scoreless deep into the first half, finally getting his first points with 2:08 remaining in the second quarter.

Golden State’s 86 points were a season-low, and the team made just 16 of 31 free throws.

“We just came out flat,” Warriors forward Juan Toscano-Anderson said. “We sucked in the first half. We just dug ourselves a hole too deep to get out of.”

The chief whip has said an MP’s claims that she was sacked as a minister because of her Muslim faith are “completely false”. Nusrat Ghani,…