Djokovic is reigning champion at Wimbledon, having followed victories in 2011, 2014, 2015, 2018 and 2019 by beating Matteo Berrettini last July; The world No 1 was denied a chance to defend his Australian Open title in January due to his unvaccinated status 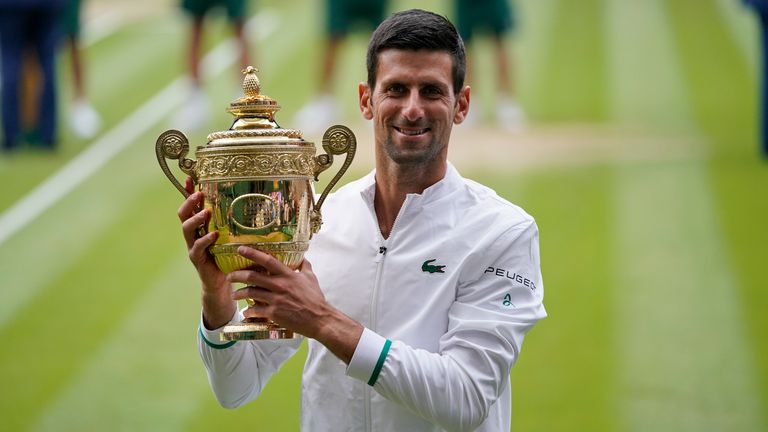 Chief executive of the All England Club, Sally Bolton has confirmed unvaccinated players – including reigning champion Novak Djokovic – would be able to compete at the championships this summer

Chief executive of the All England Club, Sally Bolton has confirmed unvaccinated players – including reigning champion Novak Djokovic – would be able to compete at the championships this summer

Wimbledon organisers have said players unvaccinated against Covid-19 will be allowed to play in this year’s tournament, clearing the way for Novak Djokovic to compete.

The world No 1 missed the Australian Open in January due to his decision not to be vaccinated against Covid-19, with the Australian government deporting Djokovic after revoking his visa.

Djokovic said earlier this year he would be willing to skip tournaments if he was required to be vaccinated, although Wimbledon officials confirmed on Tuesday the Serb will be able to compete without having to do so.

Chief executive of the All England Club, Sally Bolton, said: “The requirements set out by government to enter the UK do not include mandatory vaccination, therefore whilst of course it is encouraged, it will not be a condition of entry to compete at the Championships this year.”

Djokovic will now be able to defend his title this summer, having won Wimbledon for a sixth time after defeating Italy’s Matteo Berrettini in last year’s final.

The 34-year-old will also compete at the French Open after organisers in Paris dropped all Covid restrictions.

This Championships take place this summer from 27 June to 10 July.

A government minister has suggested that people struggling with the cost of living should take on more hours or move to a better-paid job. Rachel…