Adam Azim intends to continue his meteoric rise in 2023.

In the past 12 months Azim has boxed five times and won all those bouts with explosive inside-the-distance finishes.

Most recently Azim excelled with a savagely quick stoppage win over Rylan Charlton. 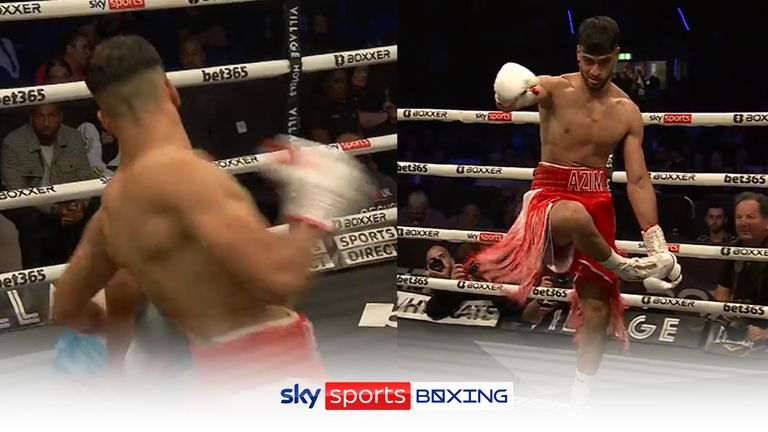 Having had a superb year, check out the best knockouts by Adam Azim in 2022

Next year Azim, managed and trained by Shane McGuigan, wants to maintain that level of performance while moving up into title class.

“We’re going to see what my team has in store for me. Next year is definitely going to be a lot of title shots and title fights, a lot more great nights,” Azim told Sky Sports.

He is still just 20 years old. Azim wants to emulate his hero Amir Khan and become a world champion by the time he is 22.

Khan himself is a keen supporter of Azim and has been sharing words of advice with the rising star.

“Amir Khan has paved the way for British Asians in boxing. He’s such a lovely guy. I’ve spent a lot of time with now,” Azim said.

“He’s been in massive fights, like [Marcos] Maidana, [Devon] Alexander, he’s fought in so many big fights and he can give me advice in future in my career.” 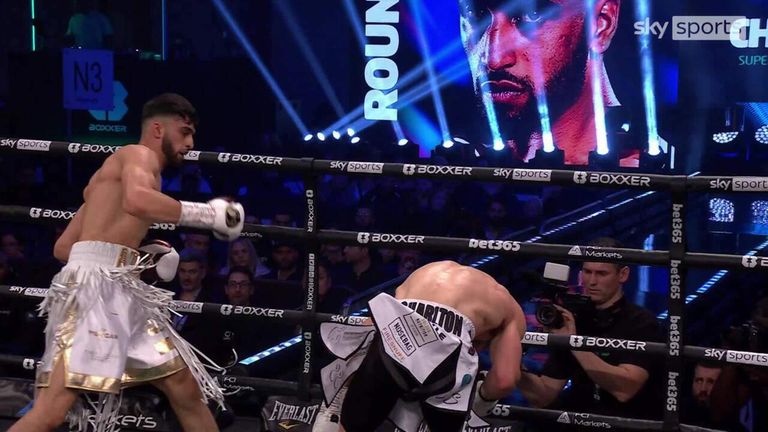 Does Adam Azim deserve the hype?

Sky Sports asked boxing experts for their appraisal of how Azim is developing.

Johnny Nelson says Azim can be the star of tomorrow.

“If I was given the opportunity to manage any fighter, it would be Adam – that would be like getting the best toy,” Nelson said. “Potentially, this kid can be a star of tomorrow. I’ve seen it before, and it’s not very often you get somebody that has that talent, that speed, that professionalism and still has room for growth.

“I think the kid is potentially top dog, top draw, I rate him.

“I want to see him sort of blitz through domestic level, and then people will believe, and think, ‘Wow, this kid is actually the top dog, he’s on fire.’

“When you look back at fighters like Nigel Benn, Prince Naseem Hamed, Lennox Lewis – people like that – and you look at how they performed domestically, then you see they were destined for the top,” he added.

“So if we see that with Adam, then again it’s going to be the same thing. We’ve got a chance to understand and see the path and the story, because we’ve seen it before.” However continuing to match Azim in the right bouts will be crucial, says Dave Coldwell.

“I think he’s a really good prospect. He’s exciting, he’s got hand speed, and he can really punch,” Coldwell said.

“He’s also got that bit of glitz and glamour that you look for in prospects that you want to see if they can get to the top of the sport and be a flagbearer.

“I know they want to rush him and get him there as quick as possible, but the match-making’s been great so far.

“Obviously you want to step him up a little bit, but before you talk about world titles and things like that, go through the domestic route, there’s plenty of guys around in his division domestically before he steps up,” Coldwell added.

“Just fellow prospects, but real prospects – rather than guys who have got padded records.

“When they’re that young, I know they might have all the talent and ability, but there are a lot of real fighters out there, and once you jump into that top level then you’re kind of stuck there, so you need to do a little bit of learning first.” 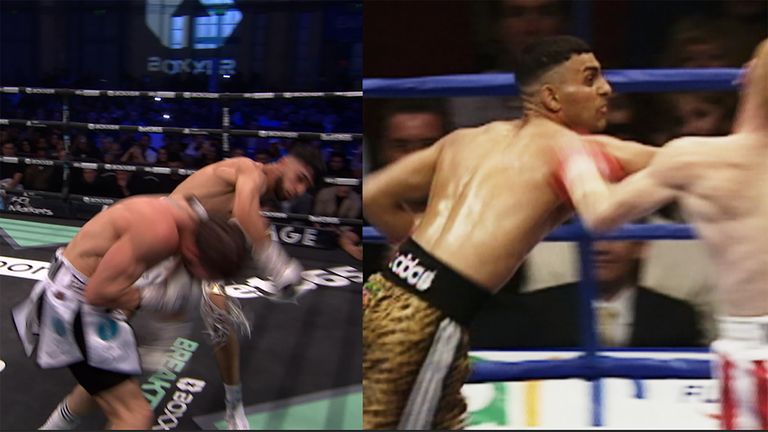 In Azim Matthew Macklin sees the elements he needs to go all the way.

“He does have amateur pedigree, which supports the hype. He won pretty much everything as a junior amateur and then turned professional young,” Macklin said.

“He’s got the speed, he looks to have the skillset, the confidence – which is key. So really he looks like he’s got all the ingredients, it’s just a case now of keeping his feet on the ground and not getting ahead of himself and developing.

“I would target the British title – that would be my short-term goal for him.

“How quickly you move from there depends. The pace you move a fighter is performance-related really, if he’s blasting guys away that are meant to be testing him, then obviously you need to step him up,” Macklin continued.

“I do think that his future is very bright and he has the potential to go all the way.”