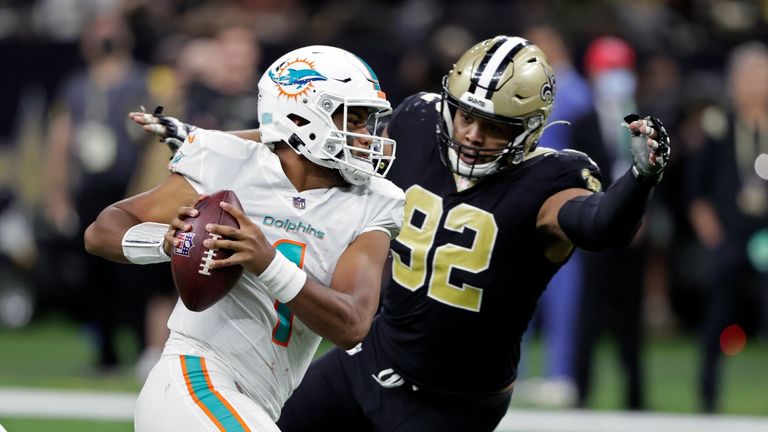 Miami got a 28-yard pick-six from Nik Needham, a one-yard touchdown flip from Tua Tagovailoa to Jaylen Waddle and a pair of Jason Sanders field goals to move to 8-7 on the year.

The Dolphins’ winning streak is the second-longest active run in the NFL, trailing only the Kansas City Chiefs’ eight-game streak.

Miami’s defense had its first eight-sack game since 2012 while New Orleans competed without 22 players due to COVID-19 protocols. Rookie quarterback Ian Book made his NFL debut and struggled against Miami’s blitzing defense, finishing 12 of 20 for 135 yards and two interceptions.

Tagovailoa went 19 of 26 for 198 yards with one interception and the one touchdown.

Waddle caught 10 passes for 92 yards, lifting his total on the season to 96 catches for 941 yards to break Chris Chambers’ franchise rookie record for receiving yards with 883 in 2001.

Book’s second career NFL pass resulted in a Dolphins touchdown, Andrew Van Ginkel deflecting the pass at the line of scrimmage and Needham turning it into an easy 28-yard interception return for a 7-0 Miami lead.

On their second possession, Miami extended the lead to 10-0 on Sanders’ 48-yard field goal after Liam Eichenberg had recovered the fumble from Marcus Davenport’s strip-sack on Tagovailoa on the previous play. 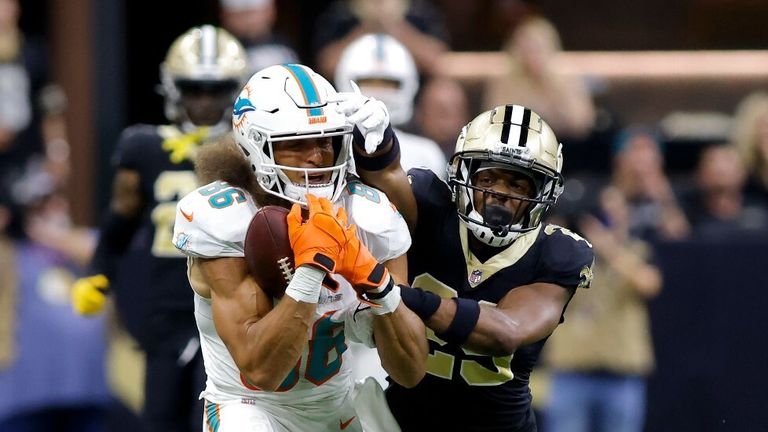 New Orleans got on the board with 2:45 left in the first half when an eight-play, 55-yard drive ended with Brett Maher’s 38-yard field goal to make it 10-3 in favour of Miami at the break.

With 5:10 left in the third quarter, Miami’s offense became the first to reach the end zone. It went down as a one-yard scoring pass, but it was actually an end-around flip to Waddle, who cut back inside to increase Miami’s lead to 17-3.

That touchdown was set up by a huge third-and-nine play as Tagovailoa lofted a 40-yard pass to Mack Hollins, who made the catch despite apparent defensive interference. Later in the drive, the Dolphins converted a third-and-two thanks to a roughing-the-passer penalty. 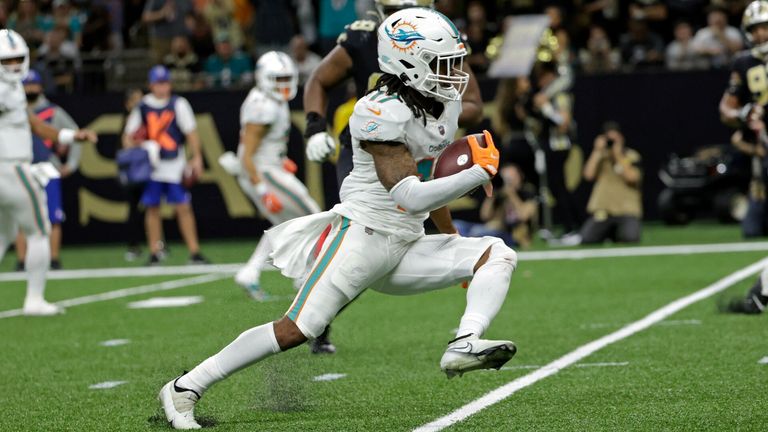 With Monday’s win, the Dolphins take over the No. 7 seed in the AFC to secure control of their own playoff fate, with a visit to face the Tennessee Titans and a home matchup with the New England Patriots to come. Win them both and they are guaranteed a postseason berth.

The Saints’ (7-8) chances of breaking back into the NFC’s top seven look increasingly slim, although they do have winnable matchups at home to the Carolina Panthers and on the road against the Atlanta Falcons over the final two weeks that could yet change things should other results go their way.