Perseverance has paid dividends for the Miami Dolphins and New Orleans Saints, placing them on a collision course for a high-stakes game in late December.

The outlook for the Dolphins (7-7) and Saints (7-7) looked bleak while each were mired in extended losing streaks. Now both are on the fringe of their respective conference playoff races when they meet in the Superdome on Monday night.

But the challenges keep coming on and off the field.

Saints’ starting quarterback Taysom Hill and back-up Trevor Siemian were among at least 15 New Orleans players testing positive for Covid-19 this week, leaving their availability in doubt while the Saints prepared rookie Ian Book for a maiden start.

“It’s been a wild week,” said Book, a fourth-round draft choice out of Notre Dame. “I didn’t expect things to happen like this, but with Covid, you never know.”

It is just the latest hurdle for the Saints, who began their first season since Drew Brees’ retirement displaced from New Orleans for nearly a month after Hurricane Ida struck Louisiana in late August.

The Saints’ home opener was moved to Jacksonville, Florida, where Jameis Winston won his first game as Brees’ successor over Green Bay. New Orleans started 5-2, only to lose Winston to a season-ending knee injury during a Week Eight win.

New Orleans then started Trevor Siemian for four games – all losses – before giving Hill the nod.

The losing streak grew to five before Hill won his past two starts, including last week at Tampa Bay with both of his starting offensive tackles out with injuries and with coach Sean Payton not making the trip because of Covid-19 protocols.

“The identity of a team kind of forms as a season goes on,” said Saints offensive lineman James Hurst, who has been thrust into a starting role because of injuries. “You might play a tough stretch of games where it’s one-score loss after one-score loss, having dumb mistakes that you know you can’t make, but then realising what you are and how you’re going to win games. Getting that formula down pat and finding ways to win games is all that matters.” 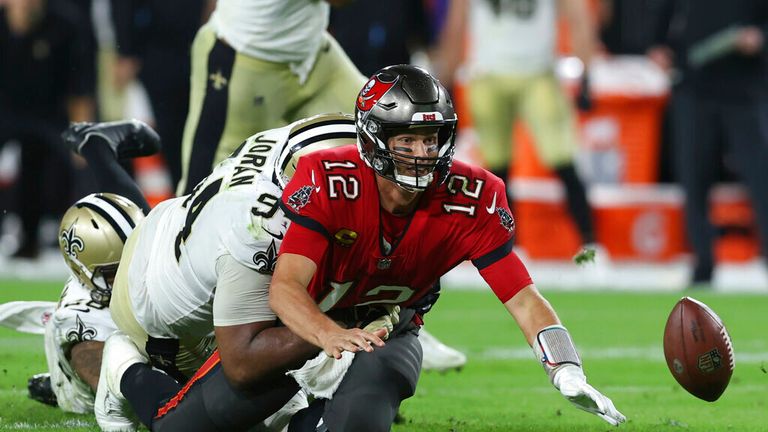 For Miami linebacker Jerome Baker, the turnaround stemmed from the team’s growing trust in Flores.

“We trust Flo with everything,” Baker said. “We believe what he is talking about. I think we just had to truly see it. I think once we believed in us and him, things started to turn around. It’s a credit to him and our coaching staff and it’s a credit to all of us.”

Saints offensive coordinator Pete Carmichael Jr said all QBs on the roster are preparing – virtually or otherwise – for Miami and did not commit to Book being the starter. But he did say what the Saints liked about Book, who has been inactive for all 14 regular-season games of his rookie season out of Notre Dame.

“Before we drafted him, there were a lot of things that we saw on film that we really liked,” Carmichael said. “He’s smart. He had a very productive college career. He’s accurate. He’s mobile.

“He’s been really sharp in meetings, and we’ve been impressed with what he’s done on the field with the practice squad,” Carmichael added. Payton, however, was able to return to coaching in person on Friday after isolating for about a week.

The Dolphins were having better luck. Sixth overall draft choice Jaylen Waddle was re-activated from Covid-19 reserve, and is set to continue his pursuit of an NFL rookie record for catches. He has caught 86 passes this season, with Anquan Boldin having set the record of 101 in 2003. 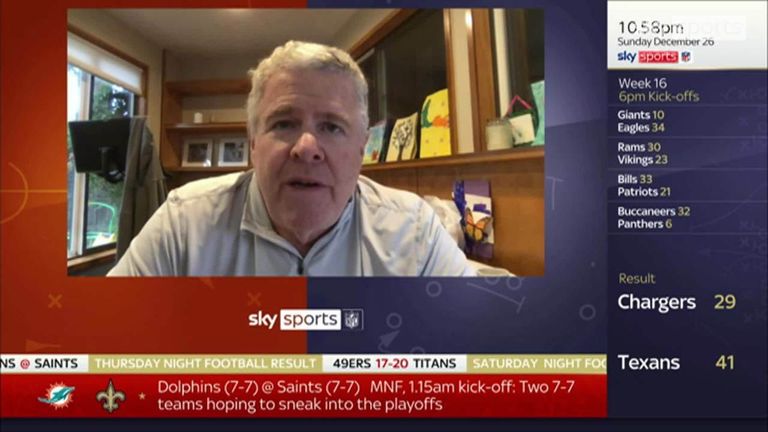 While the Saints signed veteran QB Blake Bortles to back up Book, they have also expressed confidence in dynamic running back Alvin Kamara as an emergency back-up.

Carmichael said that when Saints coaches met with Kamara before drafting him out of Tennessee in 2017, he showed potential for running the offense in a pinch.

“He was talking about the concepts we went through on film like a quarterback would talk about them, as far as the perspective of knowing what everyone was doing, not just his assignment,” Carmichael recalled.

Kamara has attempted one pass in his NFL career and completed it for 13 yards to then-tight end Josh Hill but did so as a running back after taking a hand-off on a trick play in 2019. 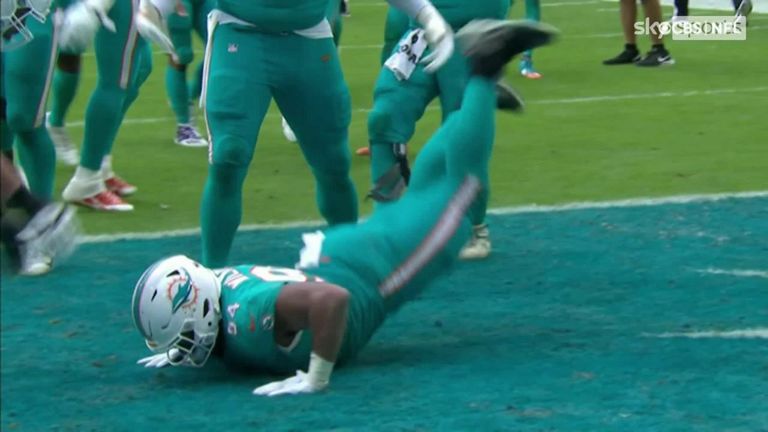 Defensive lineman Christian Wilkins celebrates a touchdown for the Miami Dolphins by doing the worm celebration and jumping into the stands!

Defensive lineman Christian Wilkins celebrates a touchdown for the Miami Dolphins by doing the worm celebration and jumping into the stands!

Dolphins quarterback Tua Tagovailoa was part of a big win at the Superdome once, when Alabama topped Clemson in the College Football Playoff semi-finals at the end of the 2017 season.

Jalen Hurts was Alabama’s QB in that game, but Tagovailoa could not resist the chance to take a jab at Dolphins defensive lineman Christian Wilkins, who played for Clemson.

“We all know what happened there, right Christian?” Tagovailoa said.