Joel Embiid scored 34 points and converted the tiebreaking three-point play with 3:14 remaining as the Philadelphia 76ers made all the plays down the stretch in a 110-102 victory over the Brooklyn Nets on Thursday in New York.

Embiid shot 11 of 23 from the floor and notched at least 30 points for a seventh straight road game. His hoop and subsequent free throw started Philadelphia’s game-ending 13-5 run.

Tyrese Maxey added 25 points and hit five of Philadelphia’s 13-pointers. Seth Curry added 17 points for the Sixers, who shot 42 per cent on a night when they were coached by assistant Dan Burke after head coach Doc Rivers was placed in COVID-19 protocol. James Harden posts 33 points, 10 assists and 14 rebounds for the Brooklyn Nets against the Philadelphia 76ers

Kevin Durant returned from missing three games in the NBA’s health and safety protocol and scored 33 points for the Nets. James Harden produced his second triple-double in three games since returning from the protocol with 33 points, 14 rebounds and 10 assists. Bradley Beal collected 29 points and a season high-tying 10 assists in his return from health and safety protocol to fuel host Washington to a 110-93 win over Cleveland.

Beal made 13 of 23 shots from the floor for the Wizards, who also saw Kentavious Caldwell-Pope (four 3-pointers, 12 points) and Anthony Gill (eight points) return from protocol. Spencer Dinwiddie, however, entered health and safety protocol prior to the game.

Cleveland’s Kevin Love collected 24 points and 11 rebounds and rookie Evan Mobley scored 14 of his 21 points in the first quarter. Lauri Markkanen and Isaac Okoro each added 11 points for the Cavaliers, who were playing their first game since Ricky Rubio sustained a torn ACL on Tuesday in a 108-104 setback at New Orleans. 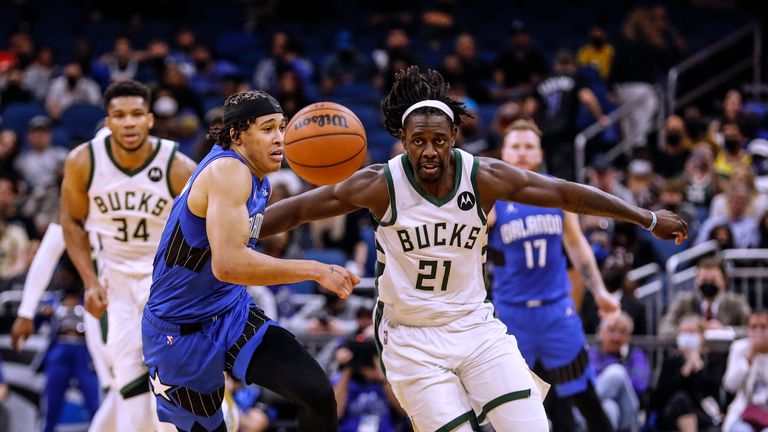 Jrue Holiday put up 25 points and seven assists and Khris Middleton added 22 points and six assists as the Bucks ended December on a five-game winning streak. DeMarcus Cousins fuelled a key run with 13 of his 15 points coming in the third quarter, and Bobby Portis and Donte DiVincenzo each had 11 points and nine rebounds.

Orlando have lost five consecutive home games for the first time this season. 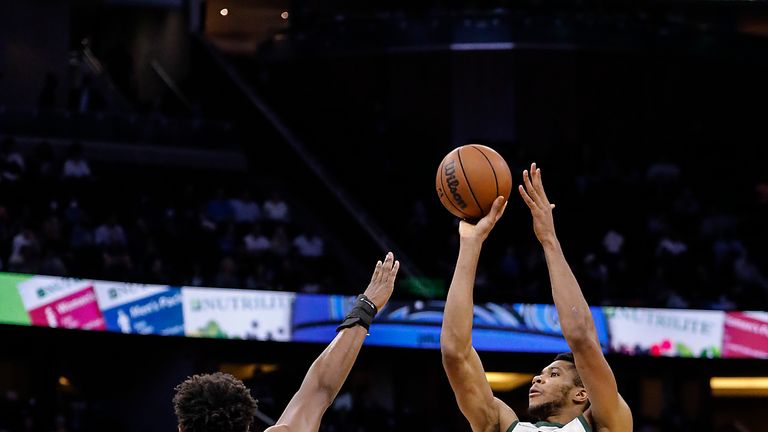 The Magic are 2-13 – and 0-11 against Eastern Conference opponents – at the Amway Center. All nine Magic players reached the scoring column, led by Franz Wagner’s 20 points as he followed up a 38-point performance against Milwaukee on Tuesday.

Wagner scored in double figures for the 18th consecutive game, giving the second-longest streak by a rookie in franchise history.