The pair have followed England across Europe in 2021, from Albania to Andorra – plus a few extra visits to Wembley for the run to the Euro 2020 final – and gave Sky Sports their rundown on a memorable year for the Three Lions, one where they remained unbeaten over 90 minutes and came two penalties away from their first silverware in 55 years.

An assessment of the year…

Rob: This year was an outstanding one for England and Gareth Southgate. Obviously, it will be remembered for the European Championship final at Wembley in July that was lost on penalties. And while there are those – with some justification – who criticised Southgate’s tactical decision-making at times within that game, there is no doubt that England proved their world-class credentials in that tournament, smashing Ukraine in the quarter final and beating Germany and Denmark en route too.

Highlights of the World Cup Group I qualifier between San Marino and England.

But beyond that unforgettable summer it’s been a year of huge success for England, and while there seems to be a forever-escalating stream of confidence running through the squad, there is surely no foreign football power that will want to come up against England at the World Cup in 12 months time.

Against San Marino, England fielded one of their youngest ever starting line-ups – under the current manager or in the nation’s history. It was just over 23 years of age. Aaron Ramsdale and Conor Gallagher made their senior debuts – that’s now 50 players that Southgate has given a debut to in the five years he’s been in charge.

He told me that hadn’t been deliberate, to try out so many, but he said the desire to promote youth was very much in his and England’s DNA. With youth comes a fearlessness and a freedom, undaunted by the failures of England teams of the past.

Tom: It may seem slightly opportunistic to refer to the stats after beating the World’s 210th ranked nation 10-0, but I will anyway. England won more games, scored more goals and kept more clean sheets in 2021 in comparison to any other year – ever. Those are facts. But if those can be argued, disputed or even ignored, what can’t be is the feel-good factor around the national team. It’s full of young talent, reflective of a diverse country – and a winning machine.

Rob: England were criticised by some during the Euros for their defensive approach. But Southgate was unapologetic about that – he, and his assistant Steve Holland, spent a long time studying what had made teams like Italy and Germany successful in major tournaments of the past, and defensive solidity was a cornerstone.

What we’ve seen since is just how potent England’s attacking elements are, when the shackles are off. The emergence of Phil Foden and Jack Grealish on the world stage in 2021, added to the existing potency of Mason Mount and Raheem Sterling (who looks so much more dangerous in an England shirt than a Manchester City shirt right now) means England currently have one of the most exciting offensive squads in world football. 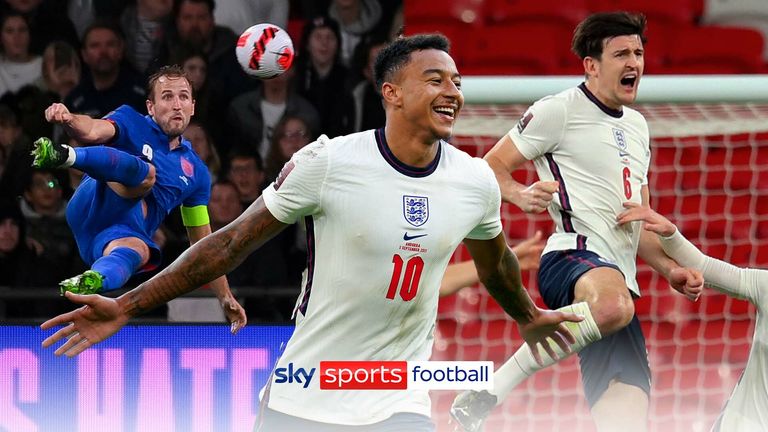 After a successful World Cup qualifying campaign, we pick out the best goals from England’s journey to Qatar 2022, featuring strikes from Harry Kane, Bukayo Saka and more!

Southgate has said this isn’t “fantasy football” and he can’t fit all that talent into one starting 11. But how he does utilise the attacking brilliance at his disposal could be key to England’s success in Qatar.

Tom: England had 18 different scorers in 2021, but it’s Harry Kane’s fitness and form which will dictate how next winter’s World Cup pans out. There is simply no replacement for him, should he suffer injury.

Tammy Abraham and Dominic Calvert-Lewin will battle to be his substitute, while 2022 will hopefully herald Mason Greenwood’s introduction into international football. I think long-term, he could be a No 9 for club and country. Let’s see him in March when England play two friendlies.

Flexibility at the back – and the front

Rob: What we’ve seen develop in 2021 is a more fluid England system of playing, and that is a huge positive going forward. The likes of Bukayo Saka and Mason Mount have proved they can play in a host of different positions, depending on the circumstances.

Reece James and Trent Alexander Arnold have been used in midfield, the latter to the disgust of Jurgen Klopp. And now this England team are as comfortable playing a 3-4-3 formation as they are a 4-2-3-1 or 4-3-3. Gone are the criticisms that using three centre backs is a negative approach: England have scored 15 goals in their most recent 2 matches playing predominantly that formation, and in many ways it plays to their strengths.

No other nation in world football can boast the versatility of talent in those wing back positions as England, with Ben Chilwell, Luke Shaw, Alexander Arnold, James, Kyle Walker and Kieran Trippier, when he returns from injury, all offering something slightly different.

Tom: Planning for 2022 starts in the closing weeks of this year: Gareth Southgate’s contract. He told Sky Sports News on Monday night that his extension until the 2024 European Championships ‘shouldn’t take long’ – so there’s an expectation that this is done before 2021 is out. Could it even be before the Nations League draw, scheduled for December 16th?

Also look for an announcement on two opponents for the friendlies scheduled in the March break. We’re expecting them both to be at Wembley and at least one of the matches will be against strong opposition. What’s also beneficial for England – and those who’ve become disinterested with their dominance in qualification for major tournaments – is that they will face a very strong group for next year’s Nations League. As seeding has been based on performance in the last competition, England find themselves in pot 3.

They’ll face one of Belgium, France, Italy or Spain and one team from pot 2, which features Portugal, Netherlands, Denmark or Germany. Those matches take place in two bursts: Four games in June, then two in September – which will be the final competitive games before the World Cup beings in November.

…And the World Cup

Tom: When and how the FA and England choose to use their voice against the backdrop of Human Rights abuses in Qatar is yet to be decided. Qatar’s government has passed a series of laws since 2017 aimed at improving conditions for migrant workers, but a new 48 page report from Amnesty International says it is failing to effectively implement them.

Gareth Southgate has said that this issue would be discussed with players once qualification was secured. Conor Coady, addressing questions on the issue, said: ”We are not robots… we are human. We see things every single day, we’re seeing the news, we’re reading the papers, and we’re seeing different things going on.

“I’m sure the conversation will be had at some point regarding this situation, but I think for us it was getting to where we want to be and then crossing that bridge when we come to have that conversation.”

A breakthrough year for the 21-year-old on the international stage, he now has two goals and five assists for England seniors. He’s played wide left, wide right, number 10 and even as a striker for a short time in an England shirt – such is his prodigious talent, Southgate wants him on the field as often as possible.

Southgate made no secret of his disappointment that the Chelsea winger turned down the chance to turn out for England’s u21s. As a result, Emile Smith Rowe and Conor Gallagher were promoted to the senior team, and impressed, in his absence. It now looks a long way back into the senior England fold for Hudson-Odoi.

Sixteen England goals in a calendar year, four more than any other England player in history, says it all. The captain is absolutely central to the way England play and prepare, on and off the pitch. 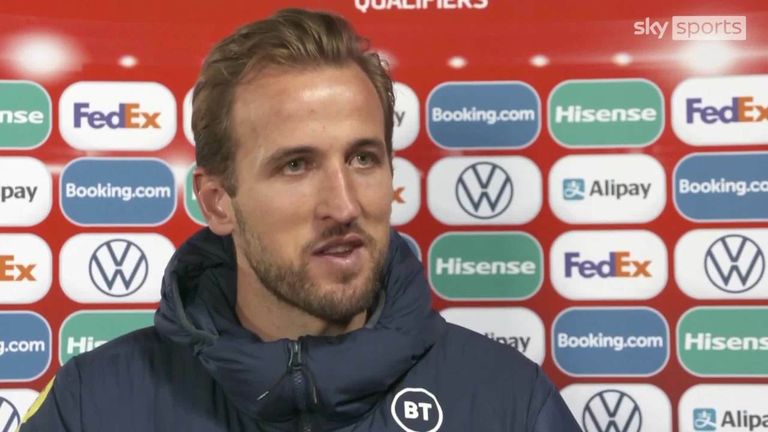 England captain Harry Kane says he’s not focusing on personal records, despite moving level with Gary Lineker on 48 goals for his country.

The Manchester United forward didn’t feature in ANY of England’s 10 World Cup Qualifiers, for a variety of reasons, including niggling injuries. Instead, Foden, Grealish and Mount have made themselves un-droppable, based on their international performances in 2021. Rashford has much to do in the first half of 2022 to win his England place back.

Unfancied when he was first called up by England, it’s now unthinkable that he only made his international debut 14 months ago. He’s won 19 senior caps since, and is one of the first names on Southgate’s team sheet. Much more for England than a holding midfield player, his smile and personality make him one of the most popular figures in the England dressing room.

A prodigious talent, and someone who Southgate believes is the closest rival to Harry Kane in terms of a natural finisher. But he hasn’t played at all for England since making his debut in Iceland in September 2020, and then being sent home in disgrace for breaching coronavirus protocols. A loose agreement with Manchester United has allowed the 20-year-old to focus on his club football, but it’s currently unthinkable that he could be included in England’s World Cup squad in 12 months’ time.