England’s Michael Smith and James Wade will take on defending champions Peter Wright and John Henderson, while Wales set up a meeting with host nation Germany; watch the climax of the World Cup of Darts live on Sky Sports Action from midday on Sunday 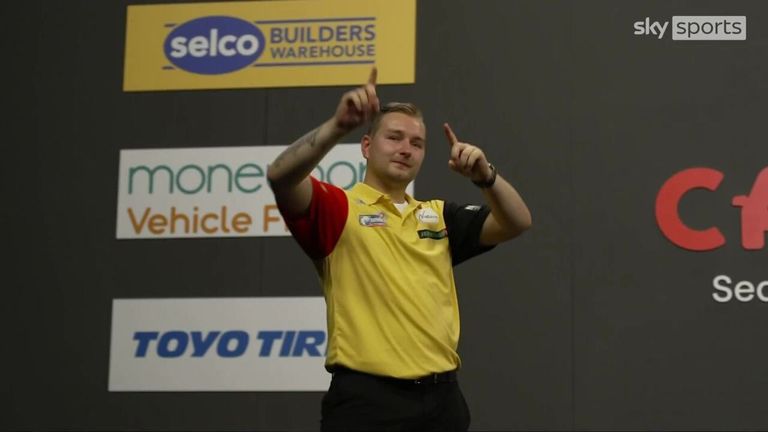 Michael Smith was in red-hot form as England set up a quarter-final meeting with Scotland at the World Cup of Darts. Here’s the best of the action from the evening session in Germany…

Michael Smith was in red-hot form as England set up a quarter-final meeting with Scotland at the World Cup of Darts. Here’s the best of the action from the evening session in Germany…

England set up a mouth-watering quarter-final clash against the Auld Enemy Scotland at the World Cup of Darts while Wales survived an epic encounter against Austria in Frankfurt on Saturday.

Michael Smith and James Wade were pushed to a doubles decider by Latvia’s Madars Razma and Nauris Gleglu but they eventually came through unscathed to set up a meeting with Scotland.

Reigning champions Peter Wright and John Henderson defeated Jose De Sousa and Vitor Jeronimo of Portugal, but the match will be remembered for a moment of madness from ‘The Special One’ who bust a score of 181 by hitting a maximum in the opening leg of their deciding pairs match. 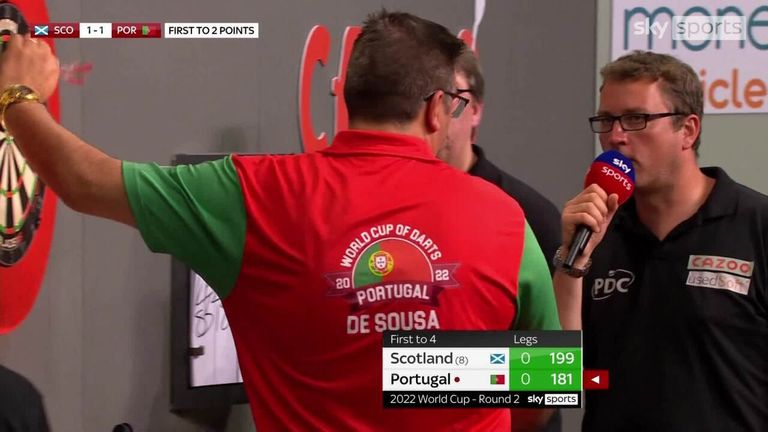 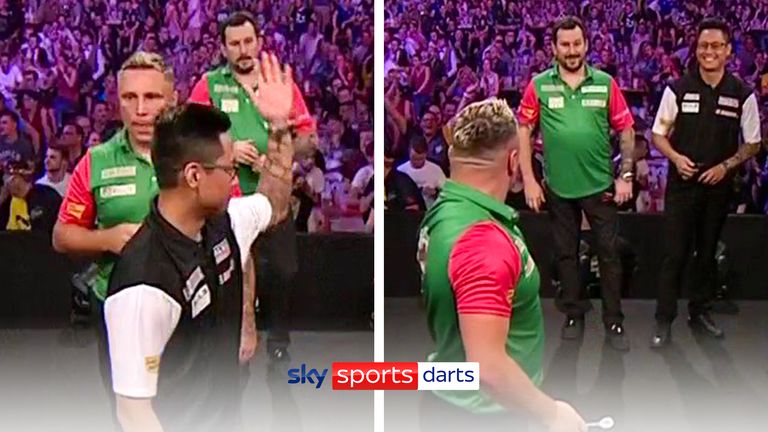 In the afternoon session, Gerwyn Price and Jonny Clayton survived a major scare before edging out Austria’s Mensur Suljovic and Rowby-John Rodriguez in a dramatic doubles decider.

Price converted magnificent 156, 149 and 142 finishes to sink Suljovic in a seven-leg thriller, but Rodriguez levelled the tie with an assured 4-2 win over Clayton. 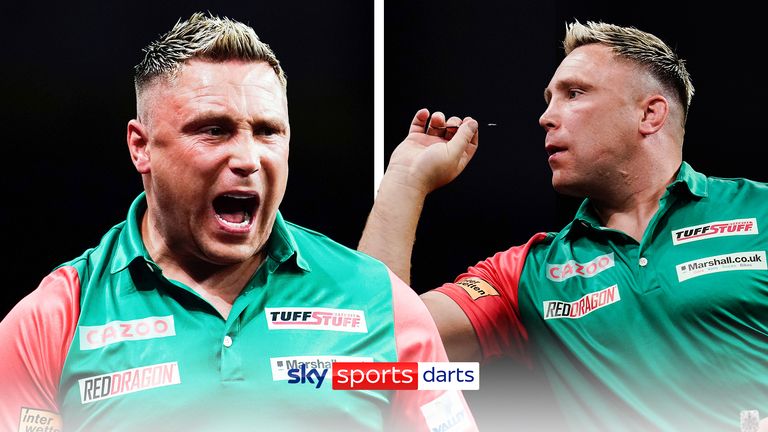 “At the end of the day it’s about winning,” reflected Price.

“We all want to perform for the crowd but sometimes it’s about grinding out the result. We were under a lot of pressure and didn’t play our best game but we showed a lot of character.” 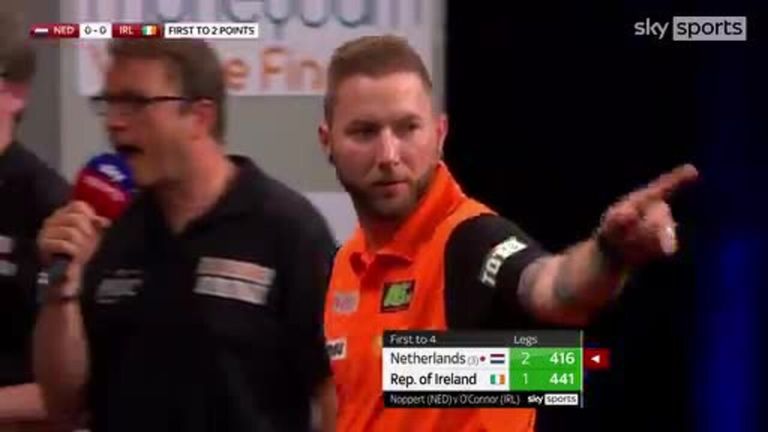 Dutch duo Danny Noppert and Dirk van Duijvenbode sent out a statement to their title rivals with an imperious display in their second round win over 2019 finalists Republic of Ireland.

“I think we’re a good pair,” said Van Duijvenbode, a World Grand Prix finalist in 2020. “We’re here to play well and you have to play well to beat us.

“We won’t say we’ll win it, but we’ll look at it game-by-game. If we play well every game, hopefully we can lift that title.” 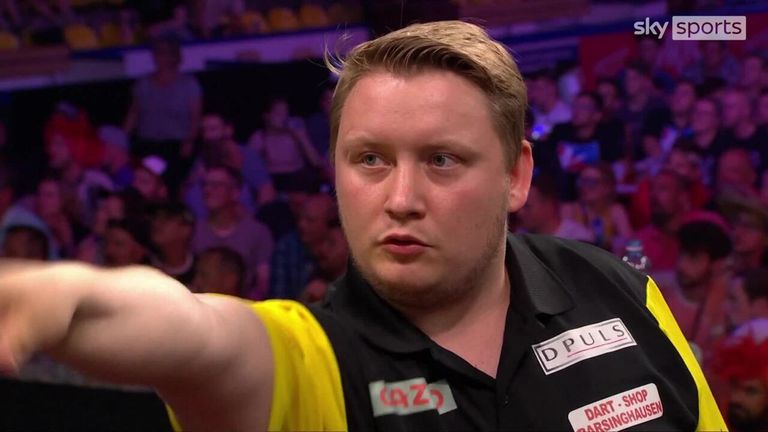 Elsewhere, Northern Ireland will play Netherlands in the last eight, after Daryl Gurney and Brendan Dolan sealed a spot in their second consecutive World Cup quarter-final with a convincing win over New Zealand.

Check out daily Darts news on skysports.com/darts, our app for mobile devices and our Twitter account @skysportsdarts. We’re back for the climax of the World Cup of Darts on Sunday, June 19 – live on Sky Sports Action from midday.