England will host the T20 Women’s World Cup for the first time since the inaugural edition in 2009; “Hosting this global cricket event will give us another incredible opportunity to inspire even more girls to pick up a bat and ball,” ECB interim CEO Clare Connor said

England has been confirmed by the ICC as host of the 2026 Women’s T20 Cricket World Cup.

This will mark the first time the tournament has been held on these shores since the inaugural edition in 2009 when the hosts lifted the trophy by beating New Zealand in the final at Lord’s.

It follows on from England and Wales hosting the 50-over Women’s Cricket World Cup in 2017 when Heather Knight’s side claimed glory as well, and ECB interim chief executive officer Clare Connor aims to use the T20 tournament to build on that legacy.

“We saw back in 2017 how hosting the ICC Women’s Cricket World Cup captured people’s imagination and I’ll never forget watching Heather Knight lift the trophy on that magical day at a sold-out Lord’s.

“Women’s cricket has developed rapidly since then, from the numbers of girls picking up bats through All Stars and Dynamos, joining clubs, and being able to progress on a pathway to the highest levels of performance.

“We’re seeing right now the positive impact that the UEFA Women’s Euro is having for football, and hosting this global cricket event will give us another incredible opportunity to inspire even more girls to pick up a bat and ball.”

The most recent edition of the Women’s T20 World Cup took place in Australia two years ago, with the hosts defeating India in the final.

The announcement came at the same time as the ICC confirmed Lord’s will host the final of the men’s World Test Championship in both 2023 and 2025, while Bangladesh will host a major ICC women’s tournament for the first time in 2024 when the T20 World Cup heads there following next year’s postponed edition in South Africa.

That will be followed by India hosting the 50-over Women’s Cricket World Cup in 2025 and Sri Lanka being the venue for the inaugural Women’s Champions Trophy, which will be held as a T20 competition in February 2026.

The six-team Champions Trophy will be followed in June that year by the Women’s T20 World Cup in England, which will see the tournament expanded to 12 teams from the 10 currently participating and will feature 33 matches. 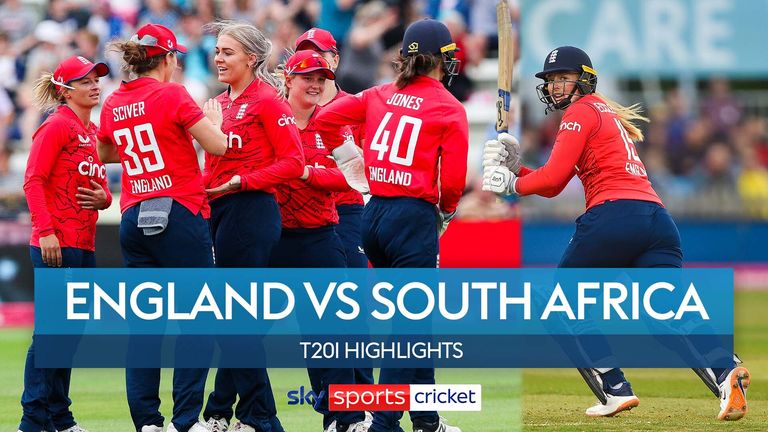 England’s women are currently preparing to take part in the eight-team T20 cricket tournament at this year’s Commonwealth Games in Birmingham, with the hosts in Group B along with New Zealand, South Africa and Sri Lanka.

It follows hot on the heels of the recent multi-format series at home to South Africa in which England triumphed 14-2 on points.

“This is a huge year for women’s cricket in our country, with England women competing in the Commonwealth Games for the first time, the second year of The Hundred following straight after and then England and India meeting at Lord’s as part of our white ball series,” Martin Darlow, ECB interim chair, said.

“The women’s game is growing at a remarkable pace and hosting the 2026 ICC Women’s T20 World Cup will give a further boost to our strategy to make cricket a gender-balanced sport. This is a really exciting opportunity.”

Speaking to Sky Sports News following the announcement, former England captain Connor expressed her delight the Women’s T20 World Cup will be returning to this country in four years’ time and sees it as another sign of the growth being experienced in women’s cricket.

“First and foremost, it’s a showcase of the best women’s teams around the world,” Connor, capped 111 times by England in all formats, said. “We’re seeing the quality and the impact of women’s cricket going from strength to strength.

“The second thing to say is for the first time it will be a tournament featuring 12 teams, so it will be the biggest women’s global event we’ve seen. It’s another opportunity for those nations who are pushing their way into the top echelons of the women’s game to come over here and stake a claim at that tournament.

“If the last few years are anything to go by with The Hundred, the Women’s Cricket World Cup, the evolution of other leagues around the world and the quality of bilateral women’s cricket improving all the time and reaching new fans, we’re in for another blockbuster tournament hopefully.” 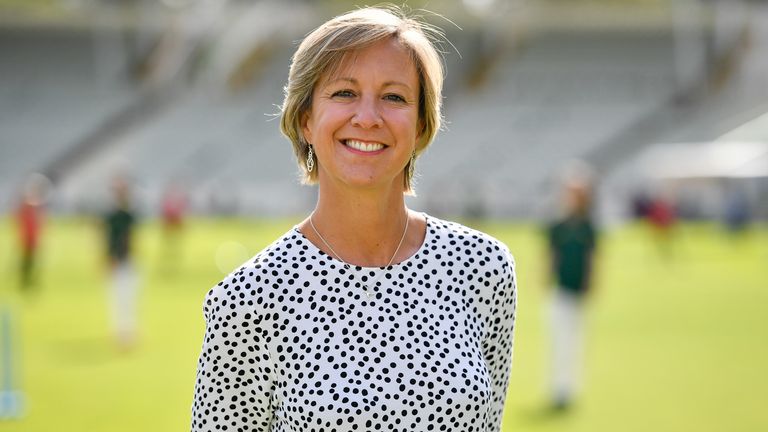 We know we’ve still got a long way to go, but these events are big milestones and something for us all to get behind and make sure we absolutely capitalise on the opportunity.

Connor is pleased to see how the number of clubs in England and Wales with women’s and girls sections has grown to over 1,000 and believes having events like the upcoming Commonwealth Games and the second year of The Hundred on the horizon can help that further in the build-up to 2026.

She is in no doubt bringing these global events to this country will have an impact on women’s sport as a whole too, in the same way she sees football’s Women’s Euro 2022 doing at present.

“The women’s sport movement is about the more success one team has, the more the whole movement makes progress and more hearts and minds are opened to women’s sport which perhaps previously weren’t,” Connor said.

“We all try to work together across women’s sport in a collective fashion and we’re in such a different place from when Heather Knight lifted the World Cup five years ago. It’s unrecognisable from a general professional organisation of women’s cricket and other women’s sport, and the effect that is having on participation is enormous.

“We know we’ve still got a long way to go, but these events are big milestones and something for us all to get behind and make sure we absolutely capitalise on the opportunity.”