England captain Joe Root set to have a full-strength squad to pick from after player concerns over coronavirus protocols were allayed; a 17 or 18 player group likely to be selected, with a separate Lions squad providing injury cover and practice opposition in Australia

England will name their Ashes squad on Sunday, after this winter’s tour of Australia was given the conditional approval by the ECB Board.

Player concerns over coronavirus protocols have been allayed, meaning England captain Joe Root will have a full-strength squad to pick from.

Root and vice-captain Jos Buttler had previously spoken of their hesitance to accept some of Australia’s strict Covid rules, but the ECB announced on Friday the tour would go ahead subject to “several critical conditions being met”.

The squad is likely to consist of 17 or 18 players, with a separate England Lions group providing injury cover and practice opposition in Australia.

England remain without injured fast bowlers Jofra Archer and Olly Stone, while Ben Stokes is unlikely to feature as he continues an indefinite break from the game for mental health reasons.

The decision to go ahead with the tour, taken at an ECB meeting on Friday, followed positive talks held between England players and Cricket Australia (CA) earlier this week.

England’s cricketers raised concerns about conditions for the five-match series, due to begin in Brisbane on December 8, including quarantine arrangements for them and their families along with off-field restrictions.

The ECB said in a statement on Friday: “Over recent weeks we have made excellent progress in moving forward on the England Men’s Ashes Tour.

“To facilitate further progress and allow a squad to be selected, The ECB Board has met today and given its approval for the tour to go ahead. This decision is subject to several critical conditions being met before we travel.

“We look forward to the ongoing assistance from Cricket Australia in resolving these matters in the coming days.”

The five Tests are due to be played in five states, each of which have their own Covid-19 regulations.

The second Test will be a day-nighter in Adelaide (16-20 December) before the traditional Melbourne Boxing Day Test (26-30 December).

Sydney will host the fourth Test (5-9 January), before a potential decider at Perth’s Optus Stadium (14-18 January).

Australia retained the Ashes when the teams last met in 2019 after a 2-2 series draw.

Former England Test captain Nasser Hussain said on Friday the announcement suggests players have been convinced the conditions they wanted for themselves and their families will be possible.

Speaking to Sky Sports News, Hussain said: “I am hearing that as long as those conditions are met most of the players are very happy. 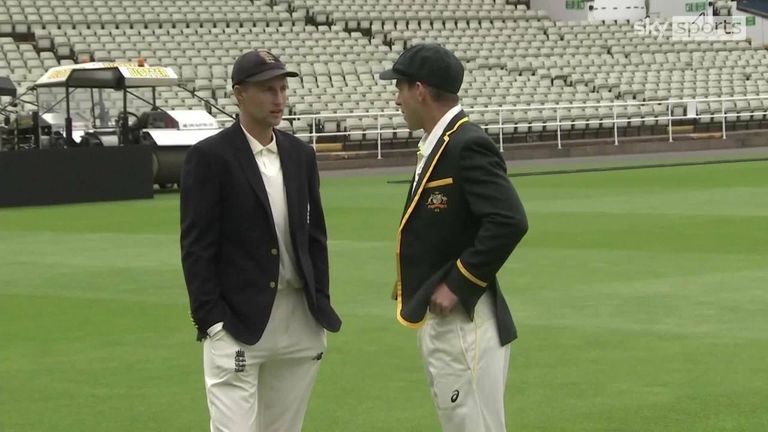 Sky Sports’ Nasser Hussain says he has heard all the fit England players want to go to Australia for the Ashes.

Sky Sports’ Nasser Hussain says he has heard all the fit England players want to go to Australia for the Ashes.

“They have still got injuries with the likes of Jofra Archer and Olly Stone in the fast-bowling department.

“Obviously the big one is Ben Stokes and Ben has just had that finger operation. He has had some time away from the game for his mental health and we will have to wait and see as to what happens with Ben Stokes later in the tour.

“I think [the ECB] will give Ben Stokes as much time as he needs to get back playing cricket, whether that be this winter or sometime after that.”