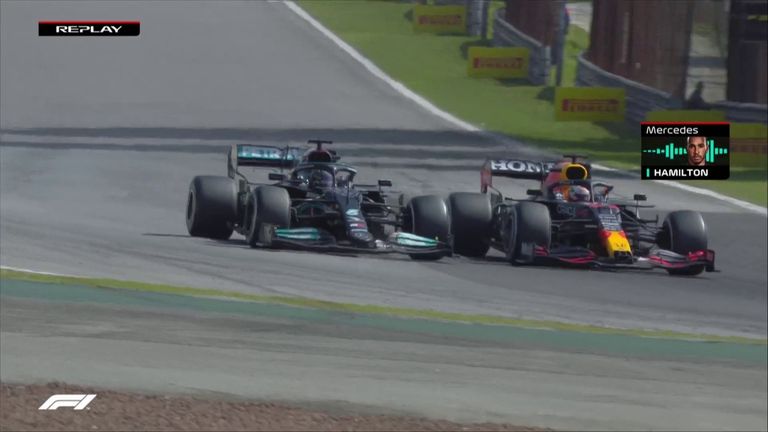 A knife-edge championship battle on the track and an increasingly tense atmosphere off of it, Formula 1’s 2021 season arrives in Qatar for the country’s inaugural Grand Prix with the controversy and intrigue in the sport ratcheted up several more levels by the events of last weekend in Brazil.

The Losail International Circuit located on the outskirts of Doha, the capital of Qatar, plays host for the first of three consecutive races in the Middle East over the next four weeks in which the gripping world title duels will finally be decided.

Mercedes are by 11 points ahead of Red Bull in a similarly-unpredictable constructors’ chase.

But the events of last weekend at Interlagos are already guaranteed to spill over into at least the start of this.

Mercedes are challenging the decision not to penalise Verstappen for his lap-48 defence of the race lead from Hamilton with an initial stewards’ hearing, in which both the title-contending teams have been summoned, set for 2pm GMT on Thursday.

Irrespective of whether that proceeds to a full investigation or not, the tension was raised several more levels in Brazil where Mercedes were left aggrieved by a number of FIA decisions they felt all went against them, and Red Bull raised questions about the performance of their rear wing and straight-line speed of their rivals’ car.

It was the latest episode in a season defined by claims and counter claims between the grid’s top two over car competitiveness and how aspects of performance are being achieved.

Verstappen’s inspection of the rear wing on Hamilton’s car after qualifying last Friday – a rules transgression that earned the Dutchman a €50,000 fine – came amid intrigue at Red Bull about how Mercedes are generating such strong straight-line performance.

Red Bull have not lodged any protest against the W12, although indicated they will continue to conduct their own analysis, while Mercedes say their car is fully legal and passes all required FIA checks.

“It was unraceable today,” Red Bull chief Christian Horner told Sky F1 after Sunday’s race. “I think we put up as big a defence as we could. Max did his best, he raced hard, but there was just no chance today. The highs of Mexico and Austin and you have, not a low here, but it’s tough one having led 75 per cent of the race. We’ll brush ourselves down. 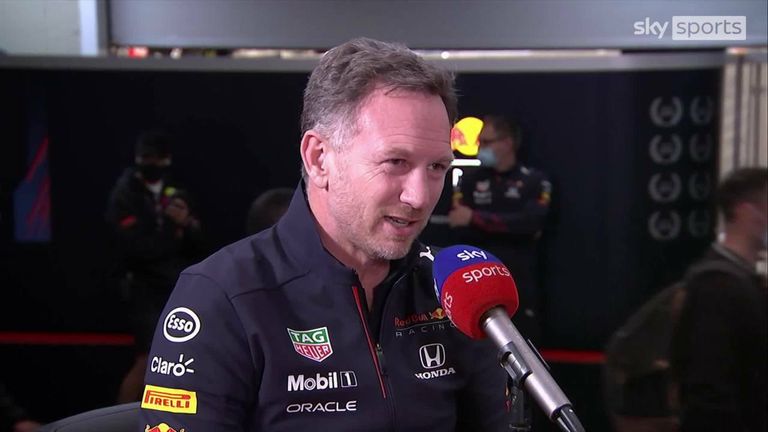 “The straight-line speed is really impressive. That new engine, they’ve got a Monaco rear wing on here so it’s very very impressive. Max as a driver can’t defend against that.”

Horner added: “It’s something we need to understand, it’s down to the FIA to police the sport and govern it and so we trust in them, their tests and their investigation.”

Explaining their impressive performance, Wolff said: “We are having a much less draggy car. The engine [on Hamilton’s car] is fresh, which makes a big difference. The concept is good on the straight-line speed and we had it in the past. But people are free to challenge that and protest, which may happen. 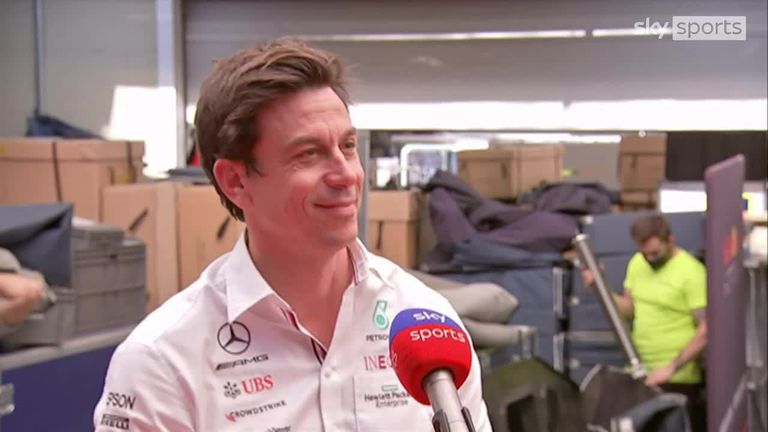 “We’ll even offer them a rear wing to put it at home in the library or cut it into 1,000 pieces!”

When can the title be won?

Fourteen points separate Verstappen and Hamilton with 78 still to play for over the final three events – Qatar, Saudi Arabia and Abu Dhabi.

There will be 52 points left up for grabs after this weekend.

The world title cannot be won in Qatar, meaning the battle for the drivers’ championship will least go on to the season’s penultimate round in Saudi Arabia – another new venue for the sport – in two weeks’ time.

Three to go: How it stands in the title chases

A win for the Dutchman in Doha this weekend, a 10th of the season, would mean he would be at least 20 points clear heading to Jeddah, where another win would definitely secure him his maiden crown with a round to spare.

Indeed, Verstappen can win one race and afford to finish second in the other two to wrap up the championship.

But back-to-back wins for Hamilton in Qatar and Saudi could create the ultimate scenario for an Abu Dhabi decider on December 12.

Discounting the destination of the fastest lap bonus point at each event, if Hamilton wins the next two and Verstappen is second the pair could go to the Abu Dhabi level on points (although Max would officially still be ahead on countback of race wins).

Race retirements (DNFs) remain a big threat to either driver’s aspirations though, particularly Hamilton’s given his current points deficit.

Should Verstappen collect the maximum 26 points on Sunday and Hamilton register zero points for a DNF, then the Mercedes driver would need to outscore Max by at least 15 points in Saudi (something that has happened only twice this season) to stay in remote mathematical contention.

But it would suddenly be a 12-point advantage for Hamilton if Verstappen failed to finish this Sunday and the Mercedes man took the win and fastest lap.

Although a first-time visit for Formula 1, Qatar has staged international racing events at the Losail since it opened in 2004. Qatar has been a mainstay on the MotoGP bike racing calendar since that inaugural year.

F1 has been a rumoured target for at least the last 10 years and Qatar is technically filling in this year for the Australian GP which was moving to a November slot due to Covid-19 but then cancelled altogether several months ago for the second year running.

A 10-year deal from 2023 was penned at the same time (there will be no event in 2022 due to the World Cup) although the return is likely to be at a different venue to Losail.

Sergio Perez is the only one of the grid’s current drivers to have raced the track, the now-Red Bull driver winning there in the GP2 Asia winter series in 2009. Former Force India team-mate Nico Hulkenberg won that weekend’s other race.

“It is a really fast track, with a lot of downforce required so we will see how quick we can be,” said Perez. “I don’t remember driving there very well, it was a long time ago so I don’t believe there is much advantage for me!”

The race takes place at 5pm local time, 2pm in the UK, classifying it as a ‘twilight’ race like Abu Dhabi which starts as the sun is setting and finishes under floodlights.

When to watch this weekend live on Sky Sports F1

Saturday
10.45am: Practice Three Live (Session starts at 11am)