Willie Poching is attempting to focus on the positives as Wakefield head into a crucial derby clash with Castleford on Friday evening, live on Sky Sports.

That has placed even more importance on Friday’s showdown with their nearest and dearest at the Mend-A-Hose Jungle, but head coach Poching saw enough from his side against the reigning champions to believe they can haul themselves out of the drop zone.

“I thought we did enough but unfortunately it wasn’t to be,” Poching said. “But I said to the lads we can be proud of a lot of things we did, and I thought we took some good strides forward.

“We have got to understand we have got this in us and deliver on it. Even though Saints scored a couple of tries in the second half, I thought our defensive effort was still there.”

Wakefield go into this match having not beaten Castleford in their last 17 meetings and their cause has not been helped by losing recent recruit Jorge Taufua for the rest of the season after the Tonga international back suffered a broken arm against St Helens. 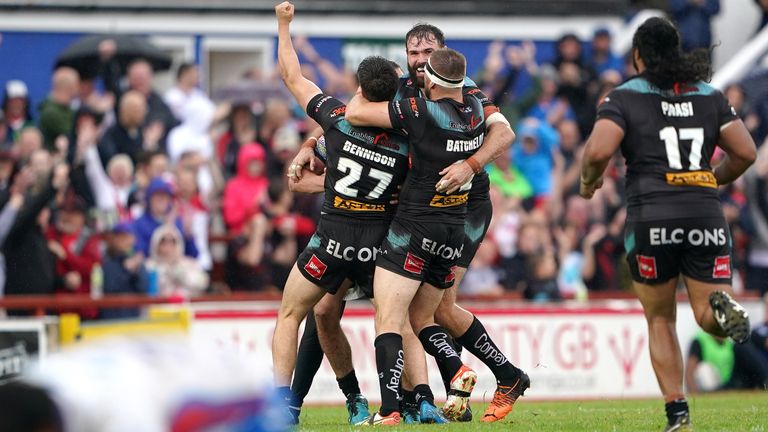 Tigers head coach Lee Radford is wrestling with injury problems of his own, with Nathan Massey expected to be out for the rest of the season and Gareth O’Brien and Alex Mellor both missing from the 46-18 win away to Hull FC last week after suffering head injuries.

Radford has been forced to reshuffle in several key positions in recent weeks as it is, although he is pleased with how the Cas players have responded in adversity as they chase a place in the play-offs.

“The injuries are coming thick and fast, but the group are really digging in and swimming against the tide at the moment,” Radford said.

“As long as we can continue to do that, we’re in with the chance of winning any fixture on any weekend.” Friday’s derby clash at Castleford will undoubtedly have plenty of interested observers in the South of France too, where Wakefield’s relegation rivals Toulouse host Hull FC two hours earlier.

The Olympians had a three-game winning run which had helped haul them off the bottom of the table ended by a 24-11 defeat at home to Salford Red Devils last Saturday. Head coach Sylvain Houles was frustrated by Toulouse’s poor discipline in that match which led to them being repeatedly penalised by referee Robert Hicks and identified that as a work-on ahead of this match.

“You won’t win any games playing like that and we need to get back on track immediately if we have a hope of anything from the game against Hull,” Houles said.

“Sometimes a team falls flat and it is difficult to know exactly why. The immediate thing is for us to fix up our discipline and work for each other again.”

Anthony Marion and Maxime Stefani return for the French side to face a Hull FC team seeking to bounce back from a bruising defeat at home to Castleford last week which saw them slip to eighth on points difference. 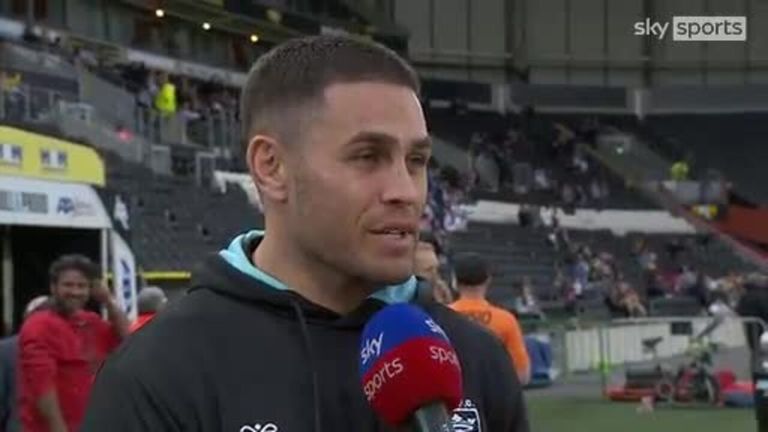 New signing Will Smith is set to make his bow for the Black and Whites, who are without Connor Wynne and Ligi Sao due to suspension, and head coach Brett Hodgson wants his side to get back to thriving when they are placed under pressure in games.

“When you’re in these scenarios, we need to understand that we need to get back to enjoying defending and gaining some energy in those moments,” Hodgson told hullfc.com.

“We’re failing in those moments too often and too easily, and we’re working to rectify that. There will be moments in the game against Toulouse where we will be under pressure, and we need to use that to galvanise us.”

The Impeller renderer precompiles a smaller set of shaders at engine build time to reduce early-onset jank. Android support for Impeller is also in the…