Two second-half tries from Morgan Gannon helped the Rhinos to victory; A late try from Sam Wood proved only a consolation for the home side

A Morgan Gannon double in the second half proved the difference as Leeds Rhinos sealed a 28-20 victory over Hull KR.

It was a frantic first 40 minutes at the Sewell Group Craven Park with both sides throwing everything into what could be a play-off place deciding clash.

Despite the home side enjoying the majority of the possession, it was the Rhinos who went in at the break with an 18-14 lead, a double from Richie Myler after a super solo try from Brad Dwyer helping the Rhinos make the most of their opportunities as both sides struggled defensively. 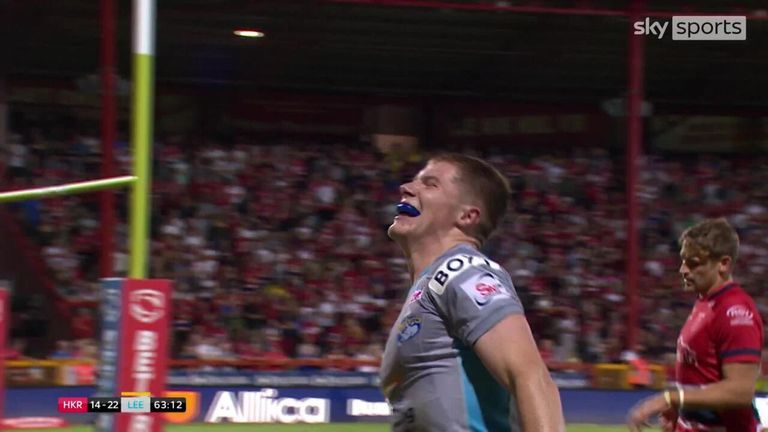 With things evenly poised for the second half, two Gannon tries proved the difference, the second showing his pace as he pounced on a Robins error to sprint downfield and make it 28-14.

Sam Wood managed to bring the deficit to just eight points with 10 minutes to go but it proved no more than a consolation with the visitors holding out defensively in the final quarter.

Story of the match

Both sides were forced into several changes to their 17 which showed at times in what was a scrappy and frantic affair but there was a perfect start for the hosts as hooker Matt Parcell scooted over from dummy half in the third minute. 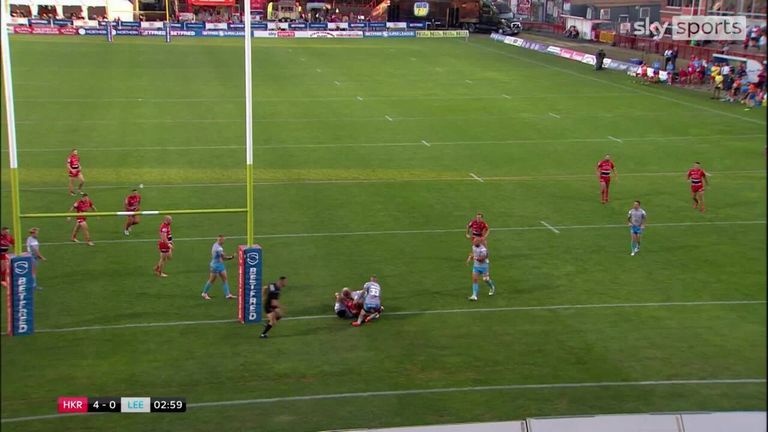 It was constant pressure from the Robins, having four consecutive sets on Leeds’ line and finally making it count when Ryan Hall dived on Jez Litten’s grubber on the last tackle and it was 10-0 in as many minutes.

A penalty was an unexpected advantage for Leeds and, in the next set, Dwyer went through a gap from dummy half 40 metres out and rounded full-back Ethan Ryan to score.

Parcell did likewise minutes later on the back of a barnstorming Hall run, but he was dragged down a metre short and won a penalty for a strip. 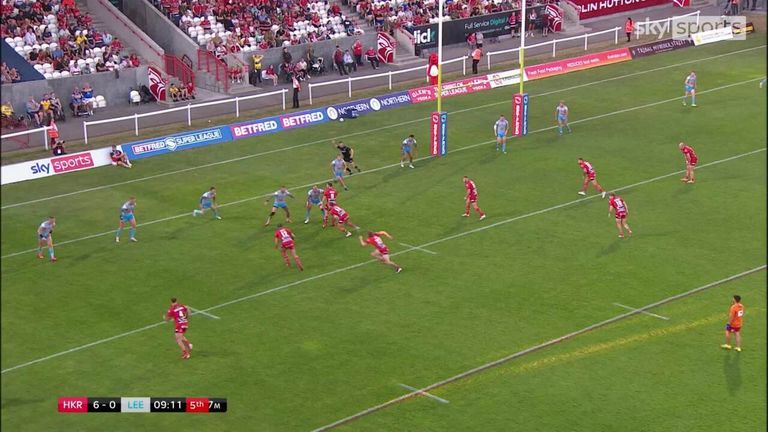 Rovers capitalised in the next set, Litten again the architect with another grubber kick, this time touched down by Kane Linnett and confirmed by video referee Robert Hicks for 14-6.

The home crowd were adamant there was an obstruction as he scored, but referee Jack Smith was happy with it and gave the try, with Zak Hardaker converting for 14-12.

The visitors hit the front for the first time when Dwyer again darted for the line, finding Myler with a short pass who went over untouched on 28 minutes. 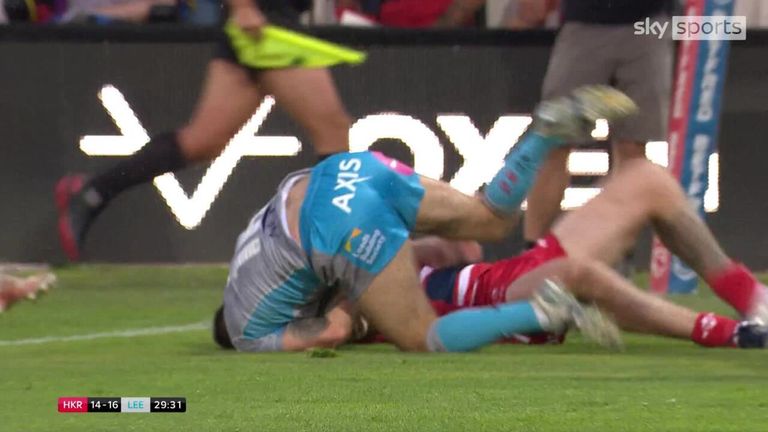 Leeds made it three tries on the bounce early in second half when Harry Newman’s cross-field run created an overlap and Gannon got on the outside of Ben Crooks to dummy his way over.

Despite Mikolaj Oledzki being sent to the sin bin, it was the Rhinos who scored during the 10 minutes that their captain was off the field.

A move down the hosts’ right was knocked on by Sam Wood and Gannon collected to sprint more than 50 metres and give his side what proved to be an unassailable 28-14 lead. 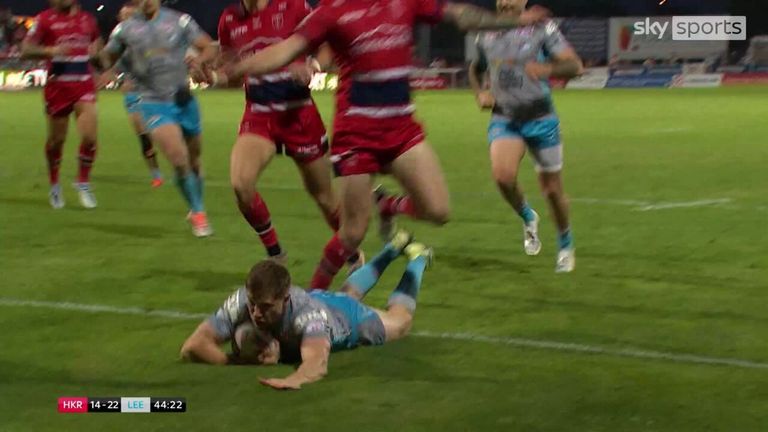 Wood gave his side hope with 10 minutes to play, scoring after taking Litten’s short pass close to the line before converting to bring his side to within eight points. 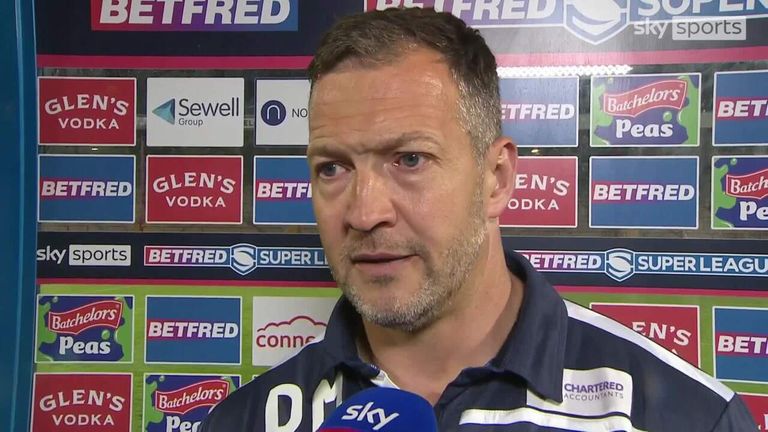 Hull KR head coach Danny McGuire: “I think a lack of discipline at times cost us.

“We probably gave too many penalties away and missed too many tackles.

“I am disappointed but we were still in there scrapping at the end which fills me with pride.

“This is not looking for sympathy but I don’t know how we are going to put a team together after this.

“We are in a good place in terms of togetherness but injury wise I have never seen anything like this.” 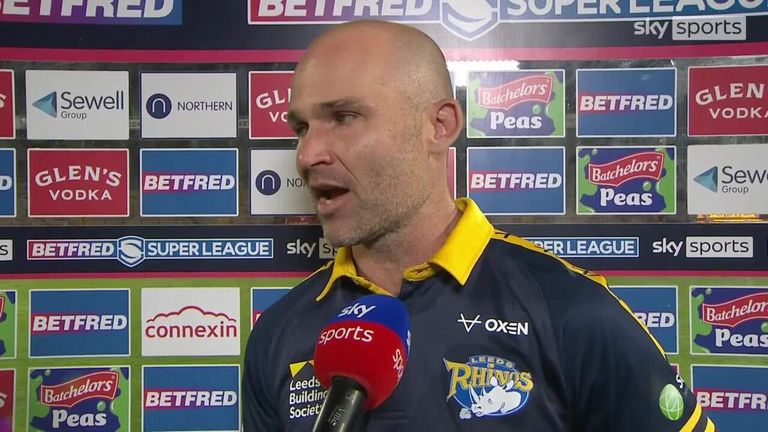 “Great spirit and we have talked about winning in different ways and they grit their teeth.

“I thought we were always in control despite a rough start so very proud.

Both Leeds and Hull KR are next in action on Friday August 19, the Rhinos returning to Headingley in their next clash as they welcome the battling Warrington Wolves. For Hull KR, a trip to table-topping St Helens is next up, with both matches kicking off at 8pm.