Hashimoto shot a fourth successive round of four-under-par 68 to win the third edition of the Women’s Amateur Asia-Pacific (WAAP) championship by one stroke; The Japanese player ended the week on 16 under 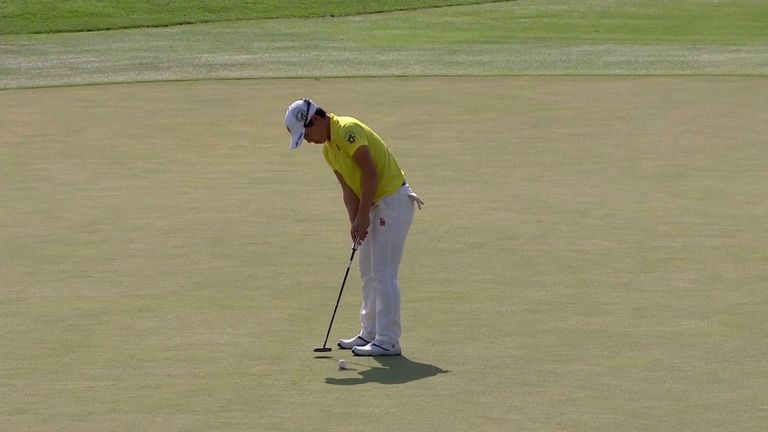 Highlights from the final round of the Women’s Amateur Asia-Pacific Championship, held at Abu Dhabi Golf Club.

Highlights from the final round of the Women’s Amateur Asia-Pacific Championship, held at Abu Dhabi Golf Club.

Mizuki Hashimoto secured an invite to two of next year’s majors after claiming a one-shot victory at the Women’s Amateur Asia-Pacific Championship.

Hashimoto carded a fourth consecutive round of 68 to end the week on 16 under at Abu Dhabi Golf Club, making her the second successive Japanese winner of the event after Yuka Yasuda lifted the trophy when it was last played in 2019.

Victory earns Hashimoto a place at the AIG Women’s Open and Amundi Evian Championship in 2022, along with a spot in the field at the Augusta National Women’s Amateur next April.

To be able to play in them is like a dream-come-true for me,” Hashimoto said. I feel so happy to win this championship. I would like to say a big thank you to my teammates and everyone who supported me all week.”

The Japanese player started the day three shots behind Vongtaveelap and fell further behind when the Thai player birdied the par-five second, only for Hashimoto to follow a hole-out eagle from 135 yards at the third with a tap-in birdie at the par-three next.

Hashimoto picked up a shot in at the seventh and cancelled out a bogey at the ninth with a tap-in birdie at the 11th, with seven consecutive pars over the closing stretch enough to hold off the chasing pack.

Vongtaveelap needed a final-hole birdie to force a play-off but pushed her tee shot into the water on her way to a closing par, with Bennett also finishing one back after being unable to find a birdie on the same par-five.