Camprond, a former flat recruit and second season novice, made the most of his experience on his 18th career start, staying on well to win by five lengths under jockey Aidan Coleman.

Luttrell Lad, the ride of Tom O’Brien, had been sent off a well-backed 3/1 favourite after winning on hurdles debut at Worcester last month, but was unable to go with his stablemate in the final strides.

Jamie Snowden’s Up For Parol made the running under Gavin Sheehan but could only finish third, with Paul Nicholls’ well-fancied Paso Doble back in sixth.

Hobbs is now a six-time winner of the Persian War having first trained Bonanza Boy to victory in 1987. 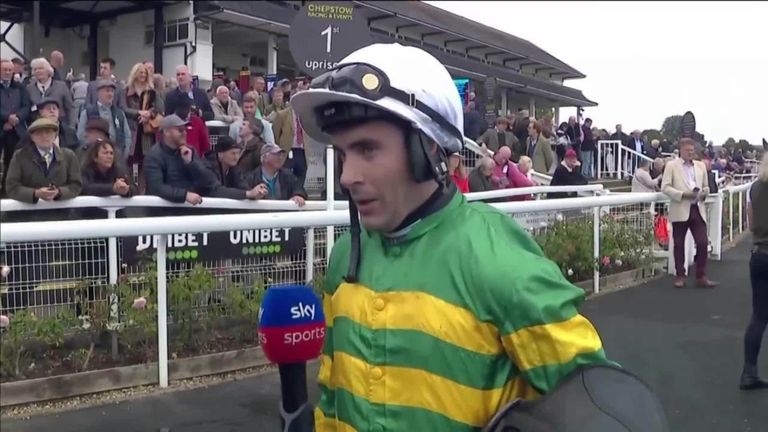 Expectations had been high for champion trainer Nicholls, who recorded eight winners at the meeting last year, and he got off to a flying start as hot favourite Knappers Hill landed the Andy Stewart Racing’s Great Friend Novices’ Hurdle, despite some early issues with his jumping.

Stablemate Threeunderthrufive then disappointed favourite backers in the Tom Malone Bloodstock Novices’ Chase, finishing behind Kim Bailey’s Does He Know.

Alan King looks to have an exciting mare in his stable after Nina The Terrier‘s impressive victory at Chepstow, beating Dan Skelton’s debutant Runwiththetide in the ITM – It Pays To Buy Irish EBF Mares’ ‘National Hunt’ Novices’ Hurdle.