Suspension has denied Sky Sports Racing ambassador Hollie Doyle the ride on her Goodwood Cup hero Trueshan in the Group One Prix du Cadran in France on Saturday – but she will be back to partner a live outsider in the Prix de l’Abbaye on Sunday and reveals her fancy for the Arc.

Gutted to be missing Trueshan ride

I am naturally gutted to be missing the ride on my best horse TRUESHAN in Saturday’s Group One Qatar Prix du Cadran (2.15) after picking up a seven-day suspension at Kempton Park last week.

I did try to get the careless riding ban reduced to four days at an appeal on Tuesday which would have cleared me for Saturday, but the punishment handed to me by the Kempton stewards was upheld.

I can’t help but feel I’ve been harshly treated by the length of the suspension. As I explained at the appeal, I took every precaution I could have taken on the night and didn’t feel I was in any way reckless.

Saturday was my Olympics – a once in a lifetime experience – but it’s been taken away from me. There’s no point dwelling on it, however, and I’d like to wish Trueshan’s trainer Alan King and his lovely owners the very best of luck.

Everything appears to be in TRUESHAN’S favour for his much-anticipated re-match with the great Stradivarius in the Cadran so I’m hoping the stars will align for him in Paris on Saturday.

I had a good chat with James Doyle yesterday to pass on as much knowledge and advice as I could about the horse. Alan King couldn’t have enlisted a better jockey. James is a great guy and a world class rider.

Trueshan finally has the soft ground he craves after being forced to miss the Gold Cup at Ascot, the Lonsdale Cup at York and the Doncaster Cup due to unsuitable going. He’s beaten Stradivarius before and I can’t see why he won’t stay the trip – two-miles-and-four-furlongs.

After winning on him at Goodwood, I certainly wouldn’t mind seeing him bowl along, if needs be. I was worried the twists and turns at the Sussex track had lit him up that day but when he got to the front, he dropped the bridle and enjoyed himself.

It may well become the match that most racing fans want to see between Trueshan and Stradivarius, who barely had a race at Doncaster last month, but he will have to be on his ‘A’-game to beat my old friend in Saturday’s conditions.

I certainly wouldn’t under-estimate the Irish filly Princess Zoe, who will also love the ground. Don’t forget she won this race 12 months ago and was good enough to finish second to Subjectivist in the Gold Cup on fast ground; that wasn’t ideal for her.

Big run on the cards for Abbaye outsider

As my suspension doesn’t include Sunday’s racing, I’ll be back in the saddle on the Adrian Nicholls-trained remarkable filly MO CELITA in the Group One Prix de l’Abbaye de Longchamp Longines (4.25).

Though she’s among the outsiders, certain pointers suggest that a big run could be on the cards if the draw is kind to us. She overcame a poor position to run a massive race for me in a Group Three over the same course and distance earlier this month after we won a Listed race in France and will relish soft ground.

Adrian’s done an amazing job with her to win six races this year – the first of those a Leicester seller back in April. Since then, she’s been bought by David Redvers and David Howden – a great guy I get on well with.

It’s full credit to them that they kept the filly in training with Adrian, whose late father Dandy would certainly have been proud to see him have a Group One runner in only his third year as a trainer.

Anything can happen in Sunday’s Group One Qatar Prix de l’Arc de Triomphe (3.05), such is the quality of this year’s race, but it’s going to take a world class performance to beat St Leger hero HURRICANE LANE.

Charlie Appleby has an enviable hand with the son of Frankel and his brilliant Derby and King George winner Adayar, another son of Frankel, but the draw could be the deciding factor between the two.

Hurricane Lane has been awarded a nice starting position in stall two, which gives James Doyle options, while William Buick will need to ride for luck from stall 11.

The soft ground will certainly be to Hurricane Lane’s liking and his blistering performance in the Group One Grand Prix de Paris over course and distance proves he’ll be effective around Longchamp.

I hope to see Snowfall run a big race, too. Having Ryan Moore back on board is a massive plus and she will enjoy the easier conditions than she encountered in the Prix Vermeille – a race I finished third in on her stable companion La Joconde.

Victory for Japan would be a great story, too, as they dearly want to win the great race and they have a live contender in Chrono Genesis. She has won at the highest level in her native country since finishing a close second in the Sheema Classic in Dubai and should give Oisin Murphy a ride to remember. 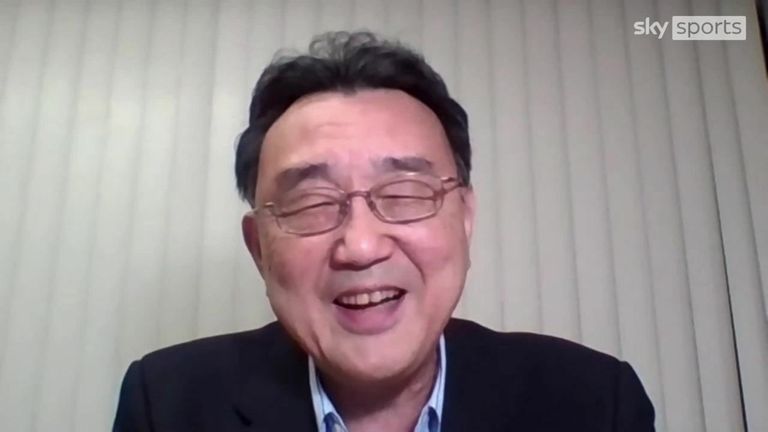 Journalist Naohiro Goda is confident that the Japanese challengers in this year’s Arc, Chrono Genesis and Deep Bond, hold their best chance of a first ever success in the ParisLongchamp feature.

I will be flying out to Paris with Tom (Marquand) and William and Maureen Haggas, who team up with Alenquer. Tom is right to be excited about his first ride in the race on a progressive horse who can improve again for the step up in trip on ground that he, too, will relish.

Alenquer showed his potential by winning the Group Two King Edward VII at Royal Ascot over Sunday’s trip and deserves a lot of credit for chasing home Mishriff over an inadequate extended 10 furlongs in the Juddmonte International.

Class drop makes Glen the one to beat

I’m looking forward to getting back on GLEN SHIEL to defend our Champions’ Sprint crown in a couple of weeks, but first his trainer Archie Watson has found him a great opportunity to get a win on the board.

Hambleton Racing’s star will almost certainly be sent off favourite in the Group Three John Guest Racing Bengough Stakes (3.15) at his beloved Ascot on Saturday.

It’s a drop in class for the seven-year-old, who returns to the scene of his gallant second in the Group One Diamond Jubilee at Royal Ascot in June.

The ground should be much more to his liking than the fast conditions he hated in the Sprint Cup at Haydock Park and the excellent Paul Mulrennan, who won on him up at Newcastle last year, and is in great form, knows him well.