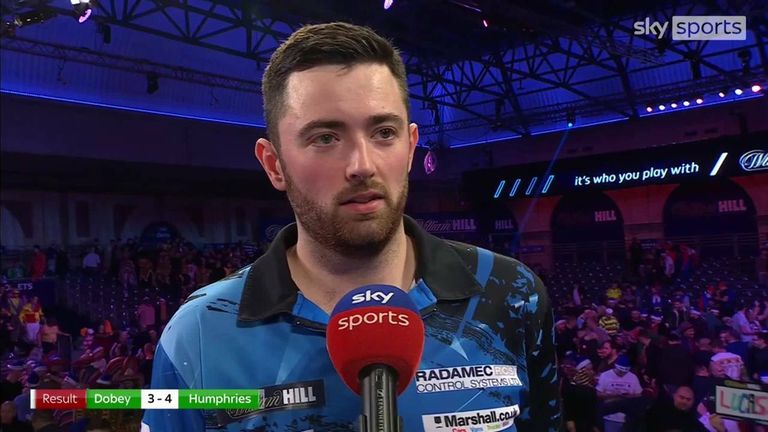 Luke Humphries insists it is time to “kick on” as he eyes a place in next year’s Premier League, fresh from reaching a third quarter-final in four years at the World Darts Championship.

Humphries fought back magnificently from 3-1 down to defeat Chris Dobey in a compelling last-16 tie on Thursday, firing in 14 maximums and producing three ton-plus checkouts to prevail in a dramatic tie-break.

Having swept aside Rowby-John Rodriguez in his opener, ‘Cool Hand’ received a bye through to round four following Dave Chisnall’s withdrawal, but he underlined his credentials in an Alexandra Palace epic against ‘Hollywood’.

“Honestly, I watched Michael Smith versus Jonny Clayton last night and thought that was the most amazing game I’ve seen on that stage.

“Can anybody top it? I don’t know but that was quite close,” Humphries reflected post-match.

“At the end there I got human. My nerves kicked in. I hit a 177 but that tops, my hand was shaking like mad, my heart was going mad, because it means a lot to us all.

“This is absolutely huge. I’m so happy that double one fell in, and you could see that by my emotion.

“I think I deserved to win it in the end because I was very consistent, but let’s hand it to Chris [Dobey], he played absolutely fantastic as well.” 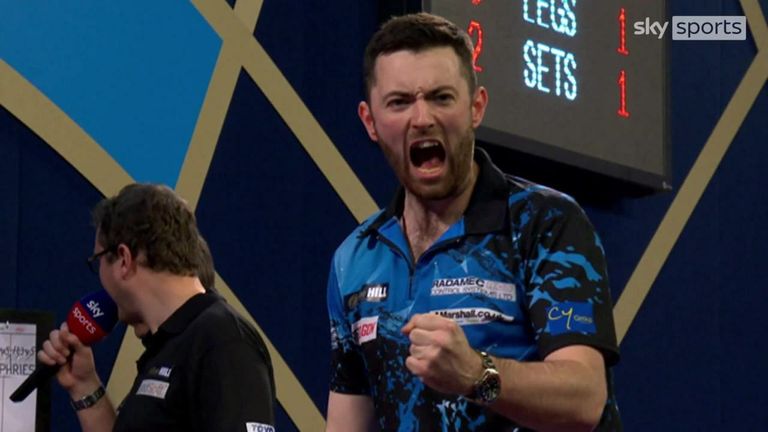 Humphries will take on two-time world champion Gary Anderson for a place in the semi-finals on New Year’s Day, and the former World Youth champion is desperate to break new ground in the capital.

“It is a great stat for me – three quarter-finals now out of five…. I think it’s time now for me to kick on.

“The last two quarter-finals I was very new to the tour. I’ve got more knowledge now and much more experience to go into the next game with a lot more ambition to go further.”

The 26-year-old succumbed to Michael Smith and Peter Wright in his previous quarter-final appearances at Alexandra Palace, but he is a different proposition this time around.

Humphries has forged a reputation for coming alive in the televised arena, ironically defeating Anderson in the 2020 Premier League, to become the first ‘challenger’ to triumph in the sport’s biggest roadshow.

He reaffirmed his big-stage pedigree with a run to the UK Open final in March, and he has since translated that form to the floor events, featuring in a trio of Pro Tour finals.

Humphries can break into the world’s top 16 for the first time with victory over ‘The Flying Scotsman’, and while the coveted Sid Waddell Trophy remains the ultimate prize, his Premier League dreams are also driving him on.

“The future is looking great. This has always been an older man’s sport, now we’re starting to get the younger players in, but put us all in the Premier League, lets mix it about,” he added.

“This year after that UK Open final, I thought if I can really push on this year, I can get in that Premier League, and I still believe I’m in with a shot.

“Nothing means more to me than playing on TV, and if I can get into that Premier League, it’s what I want. I want to be in there, mixing it with the best.”

There are a multitude of prodigious talents emerging through the darting conveyor belt, and Humphries is a focal part of the sport’s new breed.

Callan Rydz, who has dropped just one set in reaching his first World Championship quarter-final, is another example, and Sky Sports’ Wayne Mardle believes they are changing the landscape of the game. 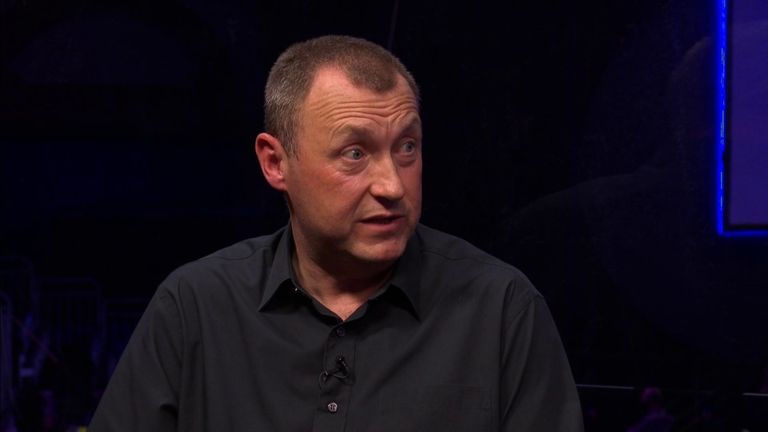 “The way that darts used to be played was at a sedate pace by overweight, middle-aged men. It is that pace of play that they never had, that these kids have now got,” said Mardle.

“They all want to play quicker, and it transfers down to the older guys now. In five to 10 years’ time, these methodical players are going to be nowhere to be seen, because people realise that doesn’t work anymore.

“It is a real chore to hit a ton when you’re throwing slowly, against someone that is hitting a 180 at twice the speed of you. It becomes demoralising.

“What you do need to be is mentally fit, physically fit to do this job. If you feel good in your body and your mind, that can only be a positive.

The government has demonstrated a “carelessness” in its attitude to standards, the head of the UK’s parliamentary watchdog said – as he criticised ministers for…

Boris Johnson “is going nowhere” and “retains the confidence of the people of this country”, a minister has claimed, as pressure mounts over Downing Street…

If Downing Street hoped to press the reset button this year after weeks of damaging allegations of lockdown breaches, the latest revelations are the most…