Leeds prop Prior, a two-time NRL champion, is keen to add a Super League title to his CV after opting to stay with the club. Watch St Helens and the Rhinos face off for a place in the Grand Final on Friday, live on Sky Sports Arena from 7pm (kick-off 7.45pm)

Matt Prior’s decision to return to Leeds Rhinos has been more than vindicated by the fact the team now stand just 80 minutes away from a return to the Super League Grand Final.

The Australian prop enjoyed a memorable first year in a Rhinos shirt in 2020, being named as their player of the season and winning the Challenge Cup – albeit behind closed doors at Wembley due to restrictions in place as a result of the Covid-19 pandemic.

It was the pandemic which was at least partly behind the 34-year-old spending the off-season weighing up whether to stay in Australia with his young family or return for the second year of his Rhinos deal. He eventually decided on the latter though, with the lure of the potential in the Leeds squad proving too strong.

“I knew we were building for something special, and hopefully we can make the Grand Final and hopefully win one,” Prior, who has since signed a two-year contract extension with Leeds, said.

“There was a special feeling around the camp and the players that we’d got, I thought there was a bit of unfinished business there so I’m glad I came back.

“It would be huge for me to play in a Super League Grand Final and to play at Old Trafford as well would be massive. It would be something special I’d take back to Australia and cherish forever.

“I’m a massive football fan so playing in any of those stadiums is cool to me, so I’d definitely love to play there.” It would be huge for me to play in a Super League Grand Final and to play at Old Trafford as well would be massive. It would be something special I’d take back to Australia and cherish forever.

To do that, the Rhinos must first overcome the back-to-back champions St Helens at Totally Wicked Stadium on Friday, live on Sky Sports, with Kristian Woolf’s men aiming to emulate the Leeds team of 2007 to 2009 by securing three straight Grand Final triumphs.

One of their biggest threats will undoubtedly be Super League Dream Team selection and one of Prior’s front row rivals Alex Walmsley, who capped a devastating display with a try when Saints triumphed 40-6 at home to the Rhinos three weeks ago.

Prior concedes Walmsley will be difficult to contain but believes the inclusion of Mikolaj Oledzki and Zane Tetevano in the Leeds pack – both of whom were unavailable for the regular-season defeat at Saints – will help counter the threat posed by the England forward.

“He’s such a great player and I guess it’s one of those things where you probably can’t completely stop him,” Prior said. “No matter what you do, he’s probably going to have a fair impact on the game.

“I guess it’s just about trying to limit what he does do. We’re coming up with a few strategies to hopefully limit his performance so he’s not having another game like he did a few weeks back.

“Having Mik and Zane back is going to be huge. Hopefully that means we can slow him down a little bit, so that’s the plan.”

Prior knows what it takes to win a league title from his 12 years in the NRL, having been a member of the St George Illawarra Dragons and Cronulla Sharks teams which were crowned premiers in 2010 and 2016 respectively.

The first of those saw St George in a nail-biting semi-final which eventually saw them triumph 13-12 over Wests Tigers thanks to Jamie Soward’s drop goal, while Cronulla’s first NRL title was preceded by a 32-20 win over North Queensland Cowboys in the semis. 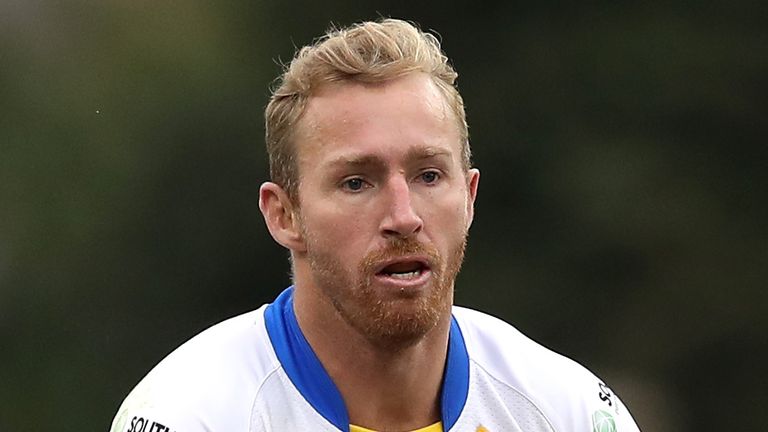 They’re always a blur to me. There’s so much adrenaline pumping, you’re so tired and they’re always so physical that there’s not much time to think about it much.

Matt Prior on playing in semi-finals

Prior does not have many memories of either of those games, but has plenty of advice he can give to his Rhinos team-mates as they aim to stun Saints and send the eight-time Super League champions to Old Trafford for the first time since 2017.

“They’re always a blur to me,” Prior said. “There’s so much adrenaline pumping, you’re so tired and they’re always so physical that there’s not much time to think about it much.

“You’re in the moment and obviously it’s exciting. They’re hard and they’re tiring, and I’m sure it will be the same again this week. It’s all or nothing for us, and I think that’s our mentality this week.

“What it takes it commitment for 80 minutes, really – whoever is the most committed for 80 minutes. Obviously, it is high pressure and whoever does the little things right for 80 minutes usually comes away with the win.

“It’s all about completing our sets and doing the little things right for each other for 80 minutes, and hopefully that’s enough to get the job done.”