And then there were eight.

As the PDC World Championship takes a minor pause after the four-day post-Christmas burst, the mouthwatering quarter-final line-up has been set.

Quarter-final day at the World Championship

Iceman faces his stiffest test yet

The big Saturday night showdown is the meeting of Gerwyn Price and Michael Smith.

Many expected the Iceman to be facing his compatriot Jonny Clayton in the quarter-final, but Smith had other ideas in the top quarter.

The Bully Boy produced top form in dispatching of Ron Meulenkamp and Willie O’Connor, before edging the Premier League and Grand Prix champion in an epic encounter.

For lesser players, there would be a fear that they would be burned out after such a draining encounter with ‘The Ferret’. But Smith has been there and done that. While the five-time major finalist is yet to pick up a much-coveted big title, he is a seasoned professional at the top level.

Having shown signs of his brilliant best at the Grand Slam, the St Helens thrower has hit form at the right end of the year, and has backed it up thus far at the Ally Pally.

For Price, the prospect of retaining the Sid Waddell Trophy is becoming a realistic proposition. The Welshman survived a fiery encounter with Kim Huybrechts in the third round, before out-classing an off-colour Dirk van Duijvenbode to reach the quarter-final.

As he engages in a seemingly-perennial battle with the crowds, he is hoping to do his talking on the oche.

“I’m enjoying what I’m doing. They should enjoy what I’m doing, rather than trying to put me off so much,” he said after his 4-1 win over DVD.

“It’s hard work at times. But today, I kept him at arm’s length, I kept them quiet which was even better.” 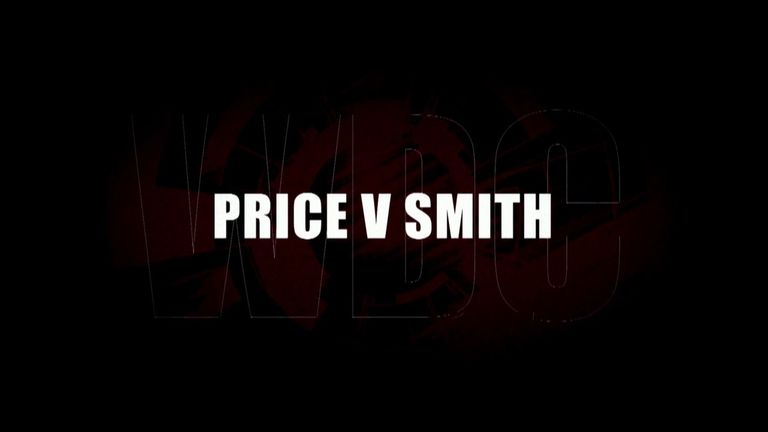 Mardle: Winner will come from Price vs Smith

Wayne Mardle feels that the meeting of the number one and nine seeds will produce the eventual tournament winner, and has tipped ‘The Bully Boy’ to go all the way.

“The great thing about knockout events, whilst there’s eight players left, the one player that wins it doesn’t have to beat all seven,” he outlined.

“Everyone left in the draw, I’m going to say even Mervyn King and James Wade who have not been to finals. Luke Humphries is in his third quarter-final in four years. Callan Rydz is having the time of his life. Don’t rule out anyone. We know that winners can win, because they’ve won before.

“But don’t get sidelined thinking it has to be a former champion. Gerwyn Price wasn’t a champion last year. He went on and did it against Gary Anderson.

“For me, I believe that the winner comes from Smith and Price. I believe that. I’m going to go with Michael Smith to win the world title.

“He has to [believe]. He has reached the final before, and when he lost to Van Gerwen in 2019, there were four sets where he had darts at doubles, and ended up losing them.

“Michael Smith has to believe. Not that our opinion means anything to him. We all believe. There’s millions probably up and down the country and around the world that believe. Why shouldn’t he? He’s got the game. He has to believe it!” 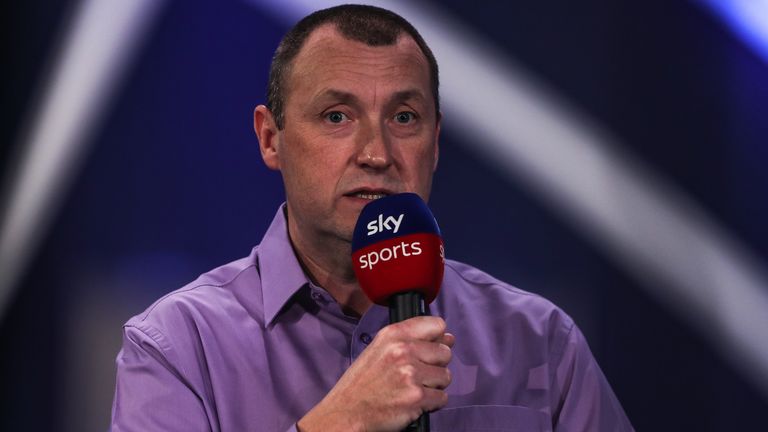 I believe that the winner comes from Smith and Price. I believe that. I’m going to go with Michael Smith to win the world title.

Mardle is tipping ‘The Bully Boy’

“Whoever wins that is going to be an extreme favourite, as far as the bookies are concerned,” concurred John Part.

“But things don’t always work out that way. One of them has to go. That fact alone makes this tournament all the easier for the other six to win.

“I agree… Michael Smith’s form has been the most impressive of anyone still in it.”

Watch the conclusion of the 2022 PDC World Championship live on Sky Sports Darts. The quarter-finals get underway from 12:30pm, Saturday January 1.