Highlights of Hull FC’s clash with Warrington Wolves in the Super League.

Highlights of Hull FC’s clash with Warrington Wolves in the Super League.

Jamie Shaul broke the deadlock on his return to action for the hosts after Warrington had Ben Currie sin-binned for a professional foul, but some quick thinking from Daryl Clark caught the Black and Whites napping to level the score.

Brad Fash and Matty Ashton then exchanged tries as the teams went in level at 12-12 when the half-time hooter sounded, and it remained that way for most of the second half, with Hull FC’s Luke Gale missing a drop goal attempt with 12 minutes remaining.

The Wolves then went straight up the other end to go in front through Ashton’s second, but the home side rallied and Ma’u forced his way over for a 77th minute try which was eventually confirmed by the video referee to brings the scores level, followed by skipper Gale kicking the game-winning conversion.

It was a big win for Brett Hodgson’s side – after an underwhelming derby defeat to Hull Kingston Rovers on Good Friday – against a Wire side buoyed by a big win over Salford Red Devils last time out.

After both sides traded early field position, Hull scored first shortly after Currie was sin-binned for pulling back Jordan Lane in a try-scoring position, with Jamie Shaul finishing off a flowing move from right to left.

The Wolves bit back shortly after to level the scores as hooker Clark took a quick tap penalty and burst through a stationary Hull defence to finish. 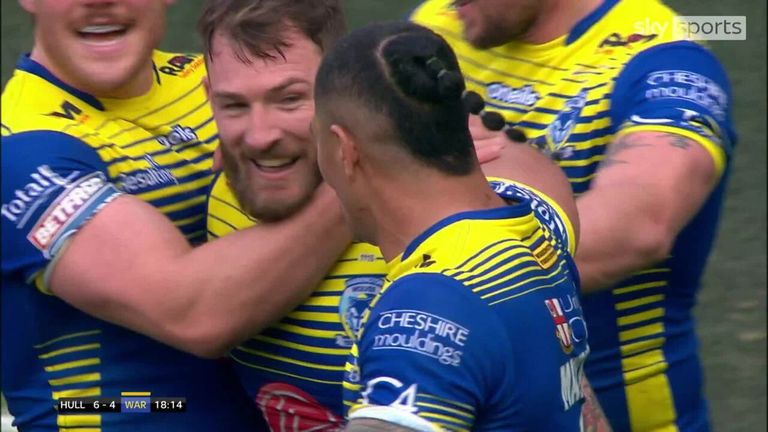 Daryl Clark outwitted the entire Hull FC defence with a brilliant try for Warrington in their Super League clash.

Daryl Clark outwitted the entire Hull FC defence with a brilliant try for Warrington in their Super League clash.

The first half was end-to-end as the hosts went back in front through forward Fash, who took a lovely short pass from Gale to touch down.

The Black and Whites started to exert some physical dominance, forcing Warrington to play out of their own half. However, the hosts could not capitalise and conceded a try off a mistake to see the Wolves draw level once again.

Darnell McIntosh spilt a towering kick into the path of Ashton, who held off the cover defence to score his first in the corner, leaving the scores locked up at 12-12 at the break.

Both sides blew golden opportunities to score minutes into the second half, with Toby King intercepting a vital last pass from Shaul to stop Hull before the big centre’s final pass in space was knocked on at the other end. 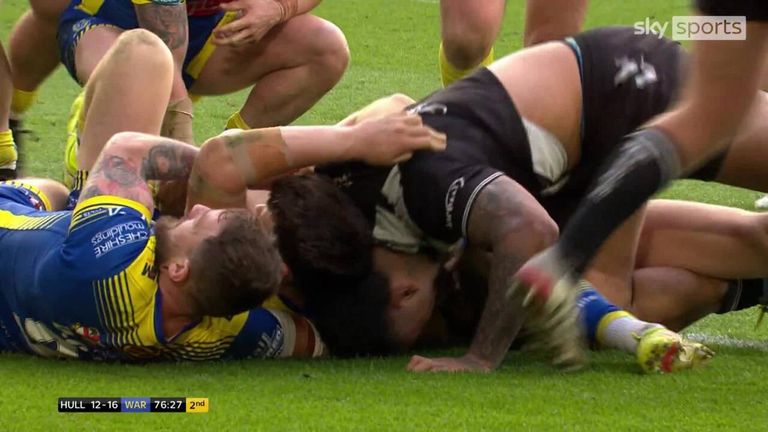 Manu Ma’u goes over to score the winning try for Hull FC over Warrington Wolves in the Super League.

Manu Ma’u goes over to score the winning try for Hull FC over Warrington Wolves in the Super League.

The second half turned into a real arm wrestle with both sides looking for the crucial error to gain the upper hand. It turned into a half of missed opportunities as both teams traded near misses, with neither seemingly able to land the killer blow. However, the final 10 minutes exploded into life.

Barely a minute after Gale had pulled a field goal attempt wide, the Wire went down the other end and took the lead for the first time, with Ashton taking Josh Thewlis’ lovely tip-on to cross over out wide.

However, Hull had the final say and wrestled back the lead at the end through Ma’u’s converted try to earn the hosts a vital win. 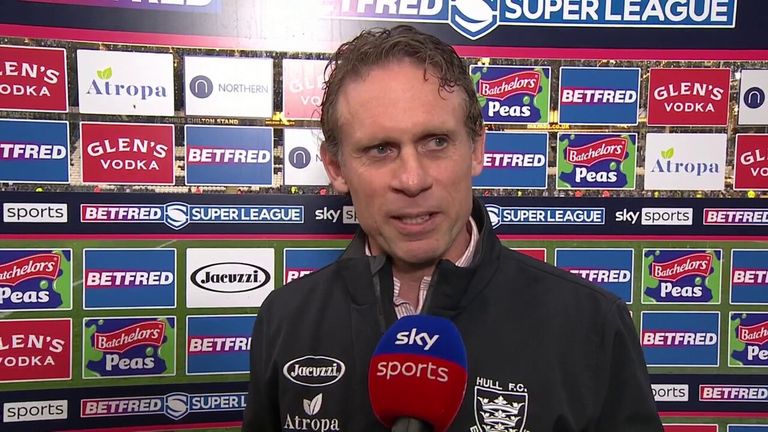 Brett Hodgson said he was ‘over the moon for the players’ after victory over Warrington Wolves.

Brett Hodgson said he was ‘over the moon for the players’ after victory over Warrington Wolves.

“I’m really happy for the playing group. It’s been a tough couple of weeks, there’s no doubt about that, and we always want to win, and we beat ourselves in the last three games, we felt. If we completed well, we were good enough to win any game and we saw that today.

“There was something about us today. These games are about mental resilience and just keeping turning up for each other, and our effort over the last three games – even though we haven’t won – has been outstanding. The boys were challenged today and kept doing the same.” 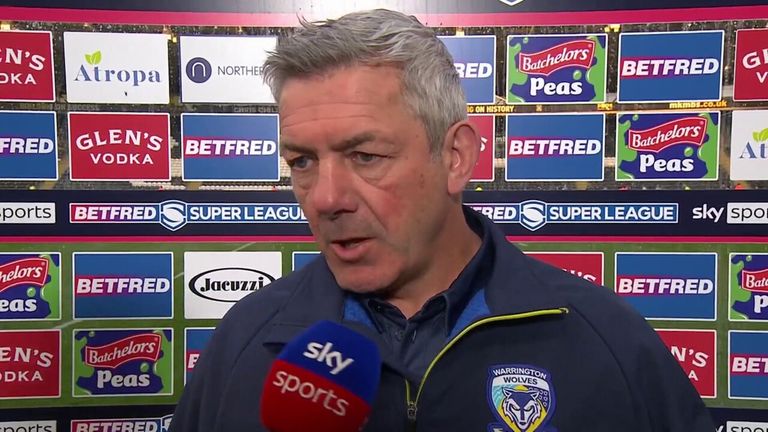 Daryl Powell felt the rules need to change after Warrington lost to a controversial try against Hull FC.

Daryl Powell felt the rules need to change after Warrington lost to a controversial try against Hull FC.

“It’s really tough. The boys worked so hard, and we got ourselves in a winning position, but I think they’ve got to change the rules if I’m honest – you can’t be guessing about what you’ve seen.

“But no excuses, the boys have worked really hard, put everything into that and we’ll improve from that. But in terms of effort and spirit, that was awesome from the boys.”

Warrington are back in action at home to Huddersfield Giants on Saturday, April 23 (3pm), while Hull FC are playing in front of the Sky Sports cameras again the following day when they host Catalans Dragons (6.45pm).