Rory McIlroy moved ahead at the European Tour’s season finale after an opening-round 65 in Dubai; The former world No 1 is a four-time major winner but without one since the 2014 PGA Championship 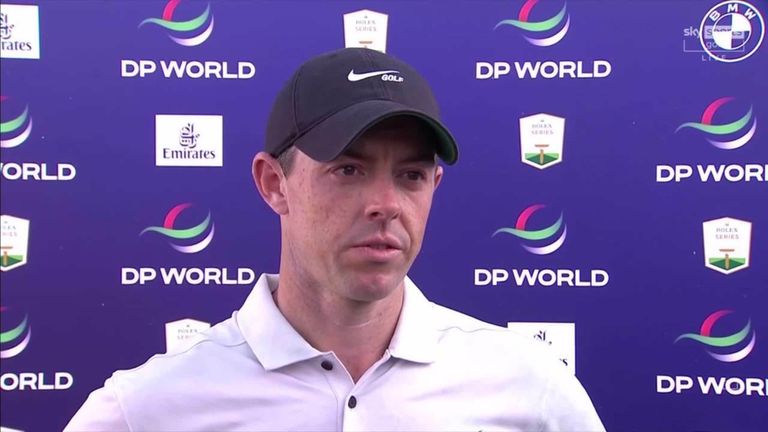 Rory McIlroy reflects on grabbing the early lead at the DP World Tour Championship and discusses the changes he has made in recent months.

Rory McIlroy reflects on grabbing the early lead at the DP World Tour Championship and discusses the changes he has made in recent months.

Rory McIlroy has already set his sights on ending his major drought in 2022 after making an encouraging start to the DP World Tour Championship.

McIlroy, making his first start since winning The CJ Cup on the PGA Tour last month, moved into a two-shot advantage with a brilliant opening-round 65 at Jumeriah Golf Estates.

The 32-year-old is chasing a third worldwide victory of the year and back-to-back wins for the first time since 2014, when McIlroy registered the most recent of his four major titles at the PGA Championship.

McIlroy has battled swing issues at various points during the campaign and was involved in an emotional interview after Europe’s record-breaking Ryder Cup loss, although the former world No 1 now feels his game is heading back in the right direction.

“I feel I’m a big boy now, I’ve been around the block a bit, and if I have problems or struggles, I should be able to sort them out myself,” McIlroy said. “Instead of looking to others to fix my problems I’m going to take responsibility a bit and that’s what I did after the Ryder Cup. 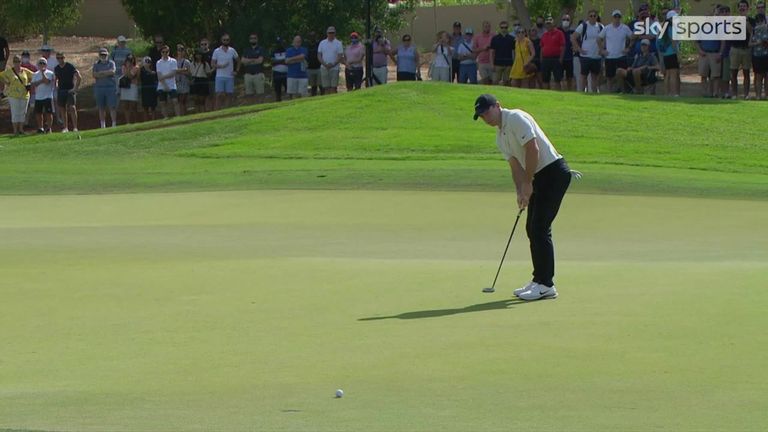 Nick Dougherty and Andrew Coltart look back at the best of the action from the opening round of the European Tour’s season-ending DP World Tour Championship at Jumeriah Golf Estates in Dubai.

Nick Dougherty and Andrew Coltart look back at the best of the action from the opening round of the European Tour’s season-ending DP World Tour Championship at Jumeriah Golf Estates in Dubai.

“Put my head down and spent a lot of time just on the range and just figuring out, OK, what is it do I do well and what do I need to get back to.

“I talked about this a little bit after CJ (Cup). I think sometimes when you don’t play your best, I maybe don’t set my standards high enough sometimes. They are high, but getting into contention in one major this year (the US Open) isn’t good enough for me.

“I’ve done way better than that before and I know I can again, especially with how I’m playing and feeling like I’ve got my golf game back, basically. So I’m excited for those four events next year, and excited about the road ahead because I really feel like I’m on the right path.”

Six players started the week with a chance of winning the Race to Dubai, with rankings leader Collin Morikawa – looking to become the first American to top the standings – was the pick of the performers as he opened with a four-under 68. 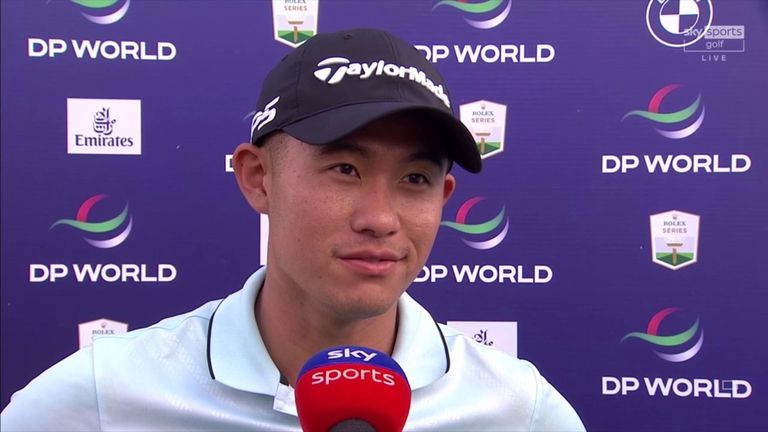 Race to Dubai Collin Morikawa reflects on making an encouraging start to the DP World Tour Championship by posting an opening-round 68 in Dubai.

Race to Dubai Collin Morikawa reflects on making an encouraging start to the DP World Tour Championship by posting an opening-round 68 in Dubai.

“It was pretty solid throughout,” Morikawa said. “Obviously the two bogeys were a little unforced, but I made a few birdies out there and kept the momentum going and it was a good way to start the first rounds out here.

“I felt really good coming into the week with my irons. They showed up today on a few shots and I hit a couple of good seven-irons today and just need to keep doing that. That’s my game. And when putts start to drop, we’re close to (the top of) the leaderboard.”

Watch the DP World Tour Championship throughout the week live on Sky Sports Golf. Live action continues Friday with Featured Groups from 5am, ahead of full coverage from 7am.