Ja Morant scores last second-winner to lead Memphis Grizzlies to victory over the Phoenix Suns, James Harden matches his season best to help the Brooklyn Nets beat the Los Angeles Clippers and Kristaps Porzingis stars for the Dallas Mavericks in the absence of Luka Doncic.

Your round-up of Monday’s NBA action… Ja Morant scored 33 points, including a layup with 0.5 seconds remaining, and Desmond Bane scored a career-high 32 points as the Grizzlies withstood a fourth-quarter rally by the Suns for a 114-113 win.

Steven Adams had 13 points and 16 rebounds, and Jaren Jackson Jr. added 11 points for the Grizzlies, who led by as many as 18 late in the third quarter before registering their second straight win.

Devin Booker scored 30 points and hit a three-pointer to put the Suns ahead 113-112 with 5.1 seconds left. After Morant scored on a driving layup, Mikal Bridges missed a baseline jumper at the buzzer.

Cameron Johnson scored 19 points for the Suns, who were without starters Deandre Ayton and Jae Crowder, both in the league’s health and safety protocols. 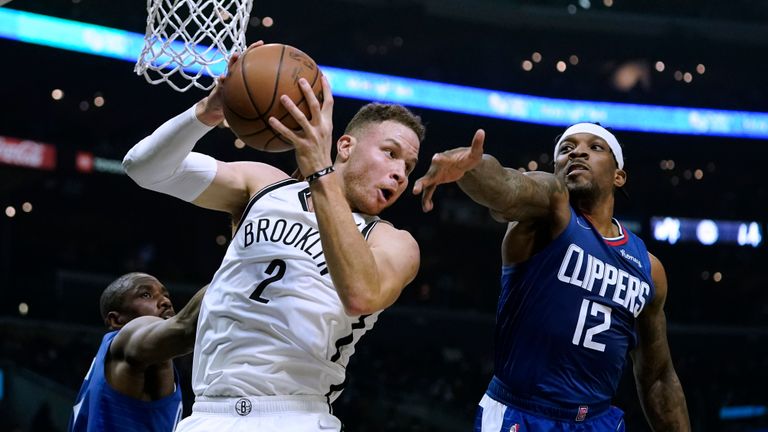 James Harden matched his season best of 39 points and added a season-high 15 assists to lead Brooklyn to a victory at Los Angeles.

Patty Mills scored 18 points on six three-pointers as the Nets, who played without Kevin Durant (COVID protocols), won for the sixth time in seven games. Nic Claxton also had 18 points as Brooklyn improved to 13-3 on the road.

Marcus Morris Sr. scored 24 points for the Clippers after missing the previous four games, three of them because of COVID protocols.

Eric Bledsoe and rookie Keon Johnson added 15 points apiece for Los Angeles, who have lost five of their past six contests. 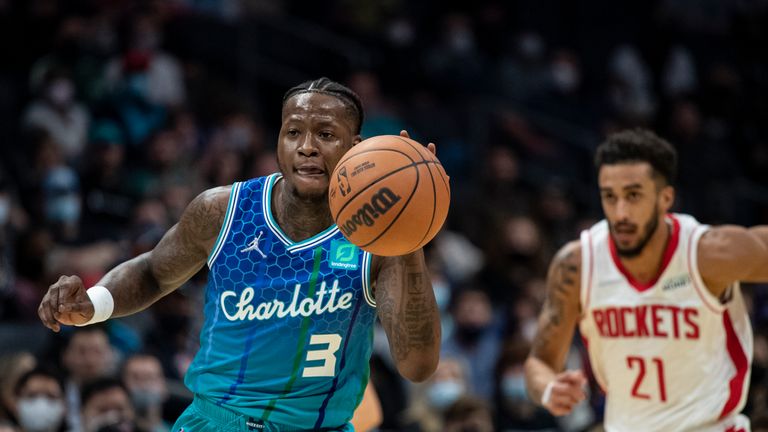 Terry Rozier scored 27 points as part of a big outing for Charlotte’s backcourt in an easy win over visiting Houston.

Rozier made seven of 12 attempts from three-point range and backcourt mate LaMelo Ball bagged four three-pointers and finished with 16 points and seven assists.

Kelly Oubre Jr. racked up 18 points despite 1-for-7 shooting on three-point attempts.

Trevelin Queen, who had never topped two points in his three previous NBA games, paced the Rockets with 17 points off the bench. Christian Wood and Eric Gordon tallied 16 points apiece. DeRozan scored 35 points and had 10 assists, LaVine scored 30 points and nine assists, and Vucevic amassed 24 points and 17 rebounds. The Bulls also made a season-high 18 three-pointers.

Atlanta received good news minutes before tipoff when leading scorer Trae Young was cleared to play after missing three games while in COVID-19 protocols. He scored 29 points and dished out nine assists.

The Hawks’ Cam Reddish scored 33 points and made a career-high eight three-pointers. Jaylen Nowell scored a career-high 29 points off the bench to lead Minnesota to victory over Boston in Minneapolis.

Nathan Knight added career bests with 20 points and 11 rebounds while Jaden McDaniels scored 17 for the Timberwolves, who snapped a two-game skid.

Jaylen Brown led Boston with 26 points and pulled down 10 rebounds, Payton Pritchard finished with 24 points, Al Horford had 16 and Grant Williams scored 15 for the Celtics, who lost their second straight game. 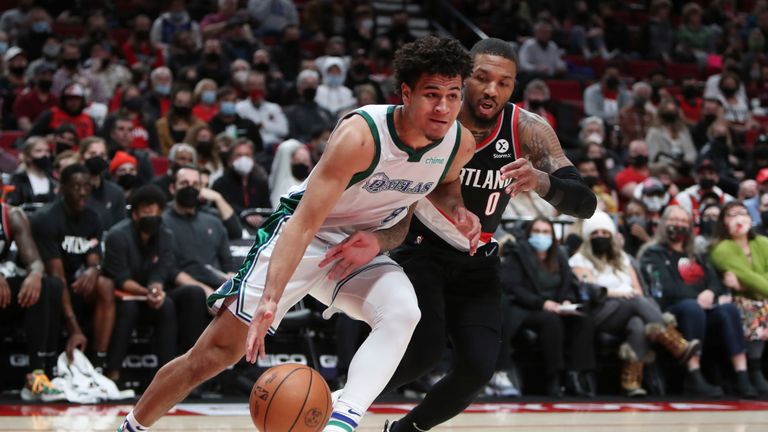 Dwight Powell chipped in with 22 points for the Mavericks, who ended a two-game losing streak by earning just their seventh win in the past 20 games.

Damian Lillard scored 26 points, but the Trail Blazers lost for the ninth time in 11 games. 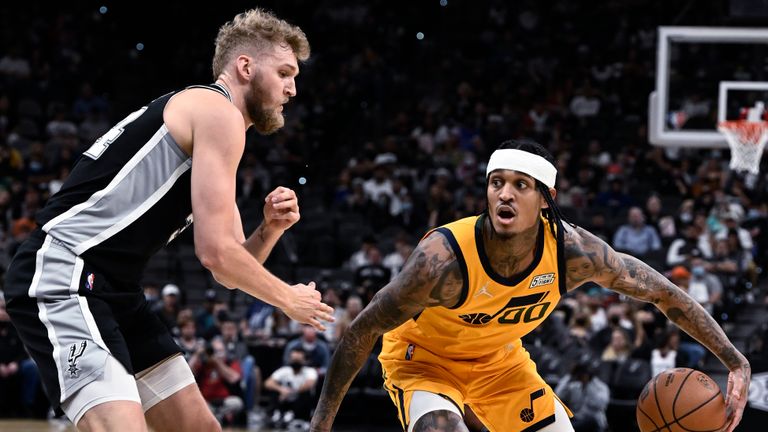 Jordan Clarkson scored 23 points off the bench to pace a balanced attack as visiting Utah defeated San Antonio for its fourth straight victory.

Utah took the lead late in the first quarter and never allowed the Spurs to see the front again, forging a 10-point edge at the half, expanding it to 12 after three quarters and by as many as 18 points in the fourth. The Jazz won for the 12th time in their past 14 games.