England international Rice has enjoyed another fine season on the back of his success at Euro 2020, and is spearheading West Ham’s bid for a place in the Champions League.

But Hammers boss Moyes insists he is not worried about losing his star man to one of Europe’s elite clubs, despite comparing him with the continent’s best.

“There’s not many better,” he said. “I think if you break Declan down, you might say: ‘Well OK, I want you to become even better in your passing’.

“But then if you looked at the other side of the game, Declan’s as good as anybody I know at recovering the ball, and speed round the pitch. I can’t really think of many other midfield players like Declan in that mould really.

“Rodri’s slightly different in how he plays in a different fashion. But Declan’s a wee bit of all round, and certainly can do different things and he’s beginning to add goals to his game.

“There’s probably not many better, but I think there’s aspects of Declan’s game that he can improve. We want him to become better at so many things, but he’s been a revelation for us this season.” 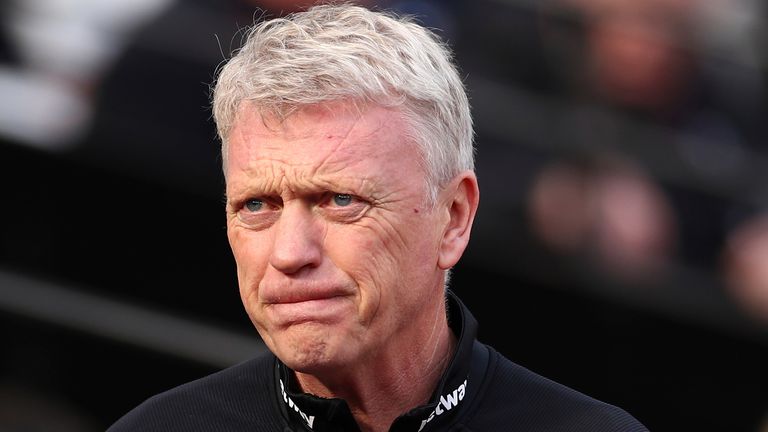 West Ham boss David Moyes says players are beginning to feel neglected by the authorities over the number of games they are being asked to play.

Rice will make his 150th Premier League appearance for West Ham at Crystal Palace on New Year’s Day, and Moyes sees no reason why he cannot reach 200 and beyond in claret and blue.

“Well, Declan’s under a long contract here, under a long length of contract. So from that point of view we’ve not got a big panic on,” he added.

“We will keep Declan as long as we possibly can, we’ve no intentions of selling him. If we ever had to, I’ve said already many, many times what it would be – shoot to the moon.

“Overall he’s done a great job. Hopefully he keeps driving the team on and I hope we continue to add good players to play with and around Declan.

“My job is to keep building the club and build this level up and getting Declan players around him who are of a similar level and capable of playing at a really high level.”

Crystal Palace are waiting on the results of routine PCR tests but are set to have Joachim Andersen fit for the visit of West Ham on New Year’s Day.

The Danish defender was withdrawn late on during Tuesday’s win over Norwich but assistant Osian Roberts revealed the centre-back was fine having only recently returned from a hamstring injury.

Wilfried Zaha is also expected to play after suspension but James McArthur (hamstring) is still sidelined while uncertainty remains over Nathaniel Clyne, Conor Gallagher, Michael Olise and Ebere Eze, who all missed the last match amid talk of unnamed members in the squad contracting Covid-19.

West Ham can welcome back Declan Rice from suspension.

Pablo Fornals also missed the 4-1 win at Watford through Covid, but boss David Moyes has reported no new cases.

Crystal Palace vs West Ham is live on Sky Sports Premier League from 5pm; kick-off 5.30pm. Sky Sports customers can watch in-game clips in the live match blog on the Sky Sports website and app. Highlights will also be published on the Sky Sports digital platforms and the Sky Sports Football YouTube channel shortly after the final whistle.

● Crystal Palace have won just two of their last 13 Premier League games against West Ham (D6 L5), with these victories both coming in the 2019-20 campaign.

● West Ham have won four of their last seven away Premier League games against Crystal Palace (D2 L1). The Hammers have scored in all seven of these visits, but have also conceded at least once in six of them.

● Both teams have scored in each of the last nine Premier League meetings between Crystal Palace and West Ham; only three fixtures have ever seen longer such runs in the competition – Fulham v Man City (15), Newcastle v Wolves (13) and Arsenal v Chelsea (11). The team scoring first has won none of these nine meetings between the Eagles and the Hammers (D5 L4).

● West Ham have won just one of their last nine away London derbies in the Premier League (D2 L6), though that victory did come at Crystal Palace last season (3-2).

● Crystal Palace have won just one of their 10 top-flight matches played on New Year’s Day (D5 L4), beating Notts County back in 1992.