Danny Noppert claimed post-match: “Every time I was on a double, he was stamping on the floor.”; Van Gerwen says: “I have played this sport a long time and have never and will never use tactics on the oche.”

Michael van Gerwen has denied claims by opponent Danny Noppert that he was ‘stamping’ to put Noppert off during their World Grand Prix match.

Following their first-round match on Monday, in which Noppert prevailed 2-0, he claimed five-time Grand Prix winner Van Gerwen was employing the tactic every time he was aiming for a double to close out a leg. 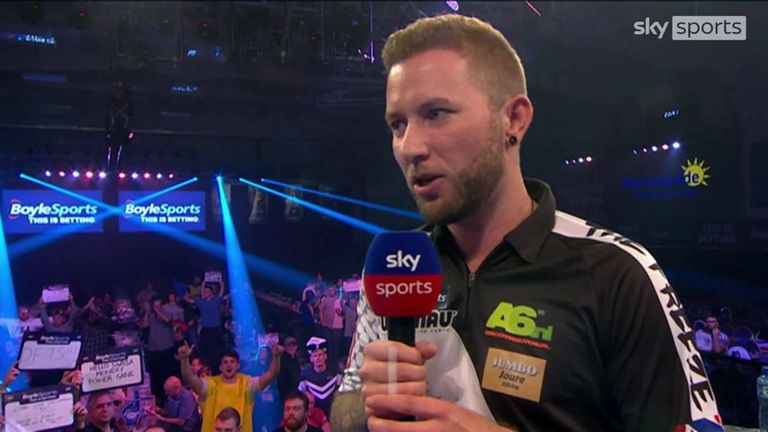 Noppert told Sky Sports: “After the first set, we had some troubles behind the stage because I thought he was stamping on the floor if I was on a double. 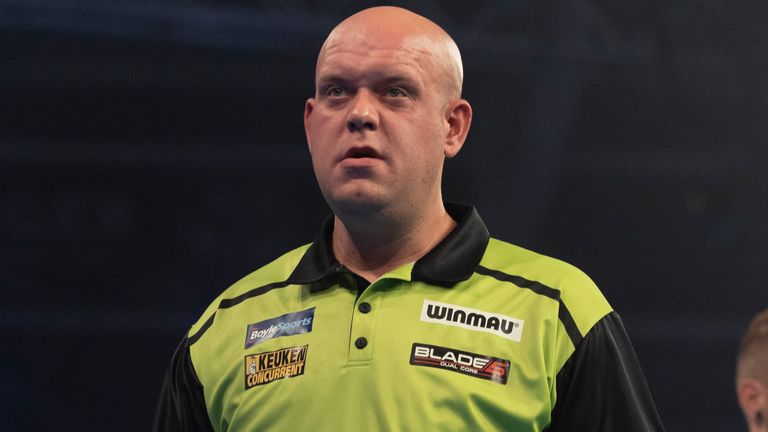 Noppert also told Boyle Sports: “Every time I was on a double, he was stamping on the floor for myself.

“After the first set we met each other backstage and we had some words with each other.

“That was my feeling about it but I am happy with the win.”

However, Van Gerwen responded on Twitter, saying: “Angry and disappointed that I didn’t win tonight. The fans were phenomenal in Leicester tonight.

“I have played this sport a long time and have never and will never use tactics on the oche. Thank you for all the support.”

Angry and disappointed that I didn’t win tonight. The fans were phenomenal in Leicester tonight. I have played this sport a long time and have never and will never use tactics on the oche. Thank you for all the support 💚💚 pic.twitter.com/tJc4guWS2p

After sealing the first set, Noppert was relentless in the second, taking out an incredible 103 to set up a deciding leg, after MVG had missed the bull for a sensational nine-darter earlier in the set.

There was no handshake between the pair as Noppert capped off a superb victory with a two-dart 90 checkout, to set up a second round clash with another Dutchman, Vincent van der Voort.

Van Gerwen, along with Peter Wright and Gary Anderson, all crashed out on a dramatic night at the Morningside Arena in Leicester.

They suffered stunning exits at the hands of Noppert, Rob Cross and Ian White respectively, leaving world No 1 Gerwyn Price as the overwhelming favourite to retain his title.

Mardle: Only Van Gerwen knows if he did it 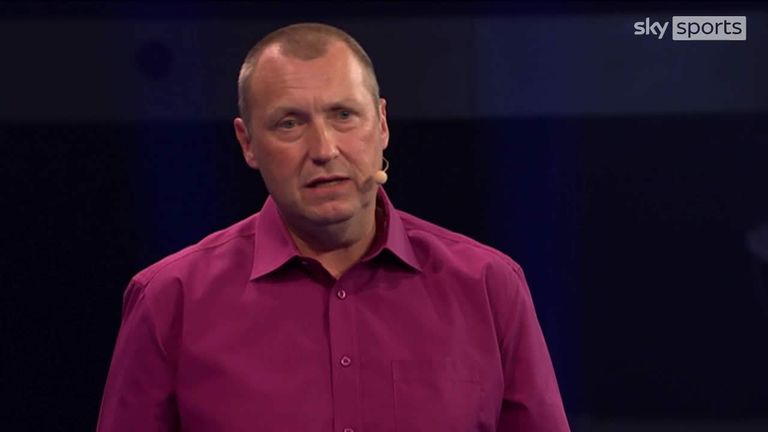 After the match, Sky Sports analyst and former player Wayne Mardle said: “Only the players know what went on. Only Michael knows if he was stamping.

“Maybe he did. If he did, then he has gone to depths that he hasn’t done before, but I don’t know.

“Danny obviously felt there was something.

“What we did see was that Michael was kind of ‘just there’ and Danny took exception to – I actually mentioned loose floorboarding, it really does happen a lot on these stages.

“That’s not making excuses for Michael van Gerwen, that’s just experience of being up here a lot. But there’s clearly no love lost and something gone on.”

Join us for live coverage of the World Grand Prix from the Morningside Arena, Leicester throughout the week. Check out daily Darts news on skysports.com/darts, our app for mobile devices and our Twitter account @skysportsdarts.