Week 10 was the first time in NFL history there were four double-digit wins in a week by teams that entered with at least four fewer wins than their opponent.

The Dallas Cowboys‘ 43-3 victory over the Atlanta Falcons was their largest margin of victory since a 48-7 victory over the Arizona Cardinals in Week Eight of the 2000 season when their starting quarterback was Randall Cunningham.

The Pittsburgh Steelers‘ meeting with the Detroit Lions ended 16-16, the first tied game in the NFL this season. The last game to finish all square was the Cincinnati Bengals at the Philadelphia Eagles game in Week Three last year. 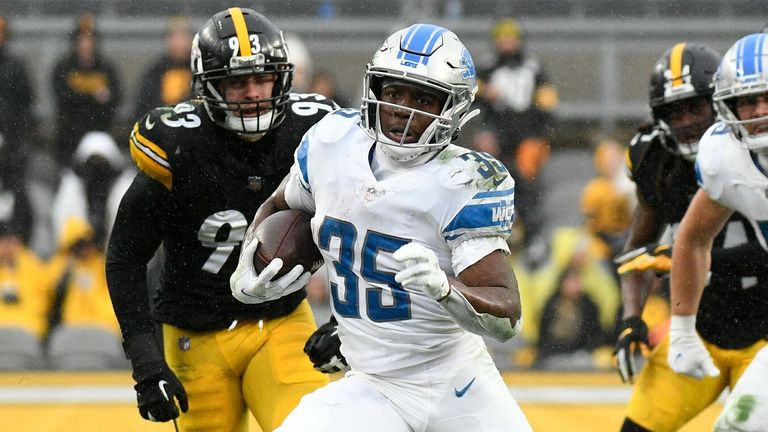 On just his fifth career carry, Detroit running back Godwin Igwebuike had a 42-yard rushing touchdown, the longest by a Lions player on the road since Barry Sanders rushed 51 yards for a touchdown at Washington in 1997.

In the New England Patriots’ 45-7 victory over the Cleveland Browns, Jakobi Meyers caught his first career touchdown reception after a total of 1,560 receiving yards. The only player with more receiving yards before his first NFL TD grab was Thomas Jones, who had 1,578 yards before catching a 15-yard pass from Kellen Clemens for the New York Jets against the Kansas City Chiefs in 2007.

The victory was Bill Belichick‘s 250th career regular-season win with the Patriots, tying Tom Landry for third place in the list of the most by a coach for a single team.

Most wins for a coach by a single team

By defeating the New Orleans Saints 23-21, the Tennessee Titans won their fifth successive game against a team that made the playoffs last season. The only other team to achieve that feat was the 2003 Eagles, who beat the New York Giants, Jets, Falcons, Packers, and Giants (again) in Weeks 7-11 to improve their record from 2-3 to 7-3.

Mark Ingram‘s 47 yards rushing for the Saints was enough to overtake Deuce McAllister and become the team’s leading rusher of all time.

The Green Bay Packers defeated the Seattle Seahawks 17-0 in snowy conditions at Lambeau Field and dealt Russell Wilson his first-ever shutout. The last time the Seahawks had been shut out was by the Steelers in Week Two of the 2011 season. Wilson’s previous lowest points tally was 3 against the Los Angeles Rams in Week Two of 2016.

Patrick Mahomes had his 30th career game with at least 300 yards passing as the Chiefs dominated the Las Vegas Raiders in a 41-14 win on Sunday night. That set a record for the most such games in a player’s first five NFL seasons.

Mahomes‘ effort was just the 15th occasion in NFL history in which a quarterback has thrown for at least 400 yards, five touchdowns and no interceptions. He is the first quarterback to perform that feat more than once, having also achieved it against the Jets last year.

Odell Beckham Jr. and Von Miller made their Rams debuts but were both ineffective in a 31-10 defeat to the San Francisco 49ers. Beckham was targeted three times, catching two passes for 18 yards. Miller had one quarterback pressure on 13 pass rush snaps.

NHS waiting lists for elective care could more than double to reach 12 million by March 2025 due to the pandemic backlog, a National Audit…