Mickelson questioned Saudi Arabia’s human rights record and labelled them “scary motherf******”; he has since apologised for his “reckless” comments and has filed a request to play in an LIV Golf Invitational Series event that conflicts with the PGA Tour

Comments from a Mickelson interview with author Alan Shipnuck in November came to light in February in which the 51-year-old called the Saudis “scary motherf****** to be involved with” and questioned the country’s human rights record.

Mickelson has since apologised for his “reckless” comments and has filed a request to play in an event that conflicts with the PGA Tour, signaling his desire to still play in the new Saudi Super League.

Jon Rahm believes Phil Mickelson’s legacy shouldn’t be tarnished despite his controversial comments on and involvement in the LIV Golf International Series.

Jon Rahm believes Phil Mickelson’s legacy shouldn’t be tarnished despite his controversial comments on and involvement in the LIV Golf International Series.

Norman, speaking to ESPN on Monday, said of the Mickelson controversy: “There’s no question (it) hurt.

“It wasn’t just specifically to us. But it definitely created negative momentum against us.”

Norman added that nearly one third of the top 50 players in the world were committed to playing in the new golf tour, even though when Mickelson’s comments were revealed, many top players reaffirmed their commitment to playing on the PGA Tour. 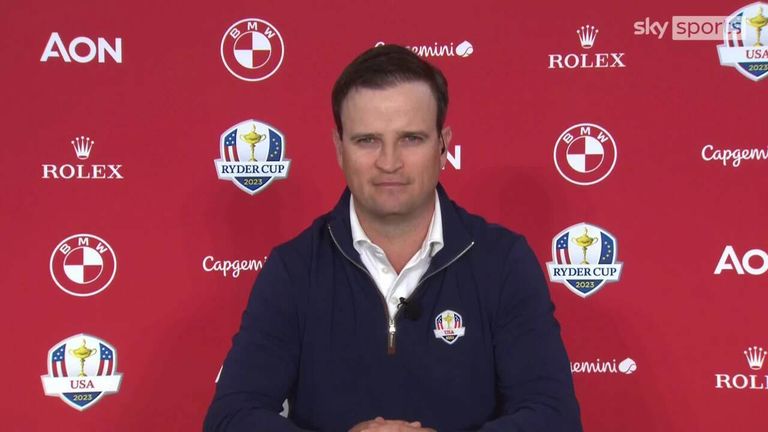 Zach Johnson hasn’t ruled out having Phil Mickelson as a potential Ryder Cup vice-captain, despite his involvement in the proposed Saudi Golf League.

Zach Johnson hasn’t ruled out having Phil Mickelson as a potential Ryder Cup vice-captain, despite his involvement in the proposed Saudi Golf League.

“Quite honestly, we were ready to launch (in February),” Norman said. “We had enough players in our strength of field, or minimal viable product, ready to come on board.

“And when all of that happened, everybody got the jitters.”

Originally set to be a 14-event schedule, the LIV Golf Invitational Series has restructured itself with a potential eight-event season. Of those, five are expected to take place in the United States. A total of $255 million is expected to be up for grabs.

“I’ve been very pleasantly surprised,” Norman added. “What has been talked about in the media and what is reality are two different things.