Cameron Norrie knows he can do it at Grand Slams now following his run to the Wimbledon semi-finals this summer. The British No 1 is also looking forward to his first trip to Ibrox during the Davis Cup finals in September.

Norrie’s run to the last four at the All England Club has already earned him free coffee and dry cleaning – now he wants Davis Cup success in Glasgow to add to a spectacular summer.

The 26-year-old had never got past the third round of a Grand Slam until this year’s Wimbledon where he lost to eventual winner Novak Djokovic in four sets.

Such a display should stand the South African-born Norrie in good stead for September’s Davis Cup ties against the Netherlands, Kazakhstan and the United States at the Emirates Arena in Glasgow. 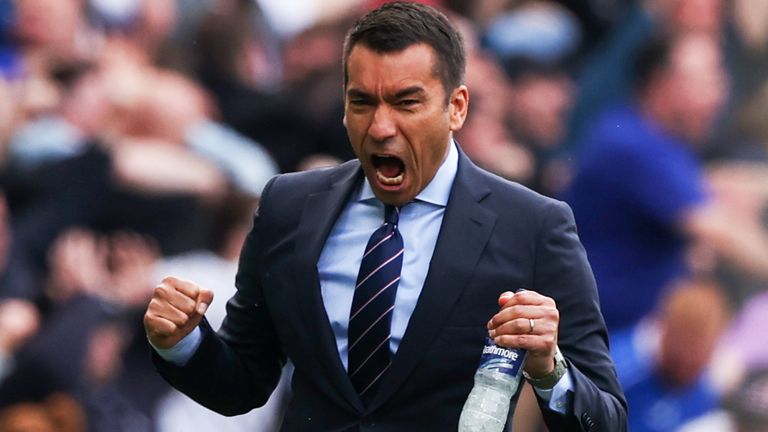 “I do like their team. I have never been to a live game. If the time is right, I’d love to go”

Cameron Norrie on going to see Rangers play at Ibrox

Before then, he will be adjusting to life as someone in the limelight as he explained his new-found fame.

“It was a very cool experience, making Wimbledon for the second week for the first time, and making it to the semis and having a tight match with Djokovic,” he said.

“Looking back there were a lot of positive things to take from it. The biggest thing is knowing I can do it at a Slams now. Especially playing in the biggest match of my career so far, to play the level I did, to start like that, against probably the best player in the world at the moment on grass anyway.

“I went to get my dry cleaning and they were like, ‘ah, a great Wimbledon, you know what this time don’t worry about it’. I am like, ‘man, it’s fine, I can pay for it’.

“A couple of times I went for breakfast and people asked for photos and congratulated me in a very nice way, it is cool that people were watching and following and supporting as well.

“It’s cool that I was getting some recognition. With this Wimbledon, a lot more people know who I am now. It’s great for me. But it doesn’t change too much, I want to keep pushing, keep improving, keep trying to get towards the top of the game.”

The finals taking place in Glasgow also brings this year’s Davis Cup closer to Norrie’s heart as his father was born in the Scottish city.

A big Rangers supporter, Norrie is hoping to get his dad to Ibrox for their Scottish Premiership clash with Dundee United – a match which takes place on the day in between Davis Cup fixtures against the US and Kazakhstan.

“I’d be keen,” he said of getting along to watch Giovanni van Bronckhorst’s men.

“My dad is a diehard fan. When I was young, he was like, ‘you have to support Rangers, you have to wear blue the majority of the time’.

“It was more pushed upon me. I do like their team. I have never been to a live game. If the time is right, I’d love to go, I don’t think (Davis Cup coach) Leon Smith will be joining me. We will wait and see. He is a big Celtic fan.”