Shane Watson and Simon Doull preview Sunday’s T20 World Cup final as Australia and New Zealand look to win the tournament for the first time; Black Caps to be without injured Devon Conway in Dubai; do Australia have the edge when it comes to experience and power hitting? There will be a new winner of the T20 World Cup on Sunday with Australia or New Zealand getting their hands on the trophy for the first time.

Australia were beaten by England in their sole final to date in 2010, while New Zealand have never previously been beyond the semi-finals, falling in the last four in 2007 and 2016.

The Black Caps eliminated England on Wednesday night before Australia did likewise to Pakistan on Thursday meaning this weekend’s final in Dubai will be a Trans-Tasman tussle. 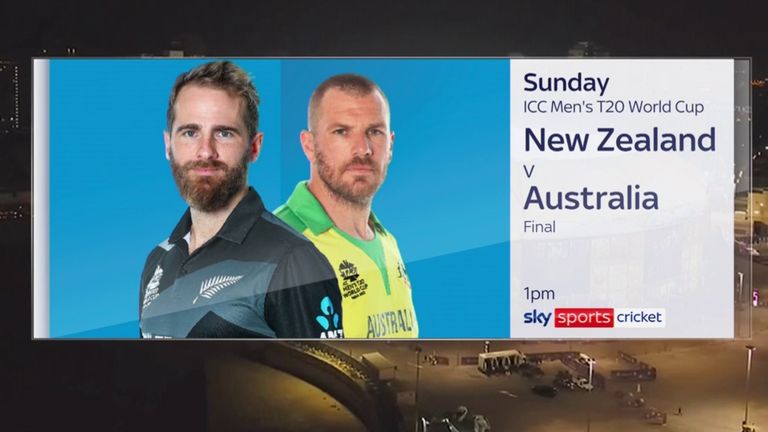 Australia have won each of their four knockout matches against New Zealand in ICC events, including the final of the 2015 50-over World Cup.

But they are facing a Black Caps team who were only denied the 2019 50-over World Cup title by dint of boundary countback and who won the inaugural World Test Championship in June after beating India.

So, which side has the edge ahead of the T20 World Cup final? Former Australia all-rounder Shane Watson and ex-New Zealand seamer Simon Doull preview the game and assess how the two teams got there…

How big is the New Zealand vs Australia rivalry?

SIMON DOULL: It’s big, it’s really big – I think it’s our Ashes, if you can say it in those terms. It has always been that big brother, little brother scenario. Anytime we get a win over them – and they have been few and far between of late – the country rejoices. It’s a great rivalry.

SHANE WATSON: They are always big games as New Zealand know how to step it up against the Aussies. New Zealand cricket is not under the radar anymore. They have been too dominant across all formats, been able to make finals so consistently, that that underdog tag has disappeared now.

How impressive a side are New Zealand?

DOULL: New Zealand have surprised me a little. I always thought they had a bowling attack that could win the tournament, with Trent Boult, Tim Southee – who has become such a crafty bowler – quality spinners in Ish Sodhi and Mitchell Santner and then the all-rounders.

I was worried about the batting side of things. Kane Williamson has had a slight niggle with his elbow and I don’t think he has been quite at his best, while there was then that power issue Jimmy Neesham has got it but possibly doesn’t do it consistently enough. However, that chase against England was magnificent.

They have been such a successful tournament side. Underdogs, flying under the radar – all those tags are now gone. This is a really good side. They could possibly be a width of Ben Stokes’ bat away from holding all three ICC titles, which is a phenomenal effort for a county of five million people.

WATSON: I was very nervous for the Australia team coming into the tournament as they hadn’t played together as a unit and that’s always been the problem with Australian T20 cricket. This time, though, things just fell into play nicely. The right people started to perform at the right time.

David Warner has been crucial as he is Australia’s best T20 batter just about and Mitchell Marsh slotting in at No 3 has also been so vital to take the game on. Then there has been Adam Zampa through the middle with the ball and Mitchell Starc has found his groove.

Things have, perhaps surprisingly, fallen into place. To be able to beat Pakistan, an incredible T20 team, in a big semi-final final shows that things have fallen into line beautifully.

DOULL: Australia are a really good side. I always thought they had the bowling attack to win the tournament – and their bowler of the tournament has been Zampa. The way he has controlled those middle overs has been phenomenal. They have all bases covered with the all-rounders – and they do have power with the bat, probably an advantage over New Zealand.

How big a miss will the injured Devon Conway be for New Zealand?

WATSON: A big loss for New Zealand, with his ability to play spin through those middle overs and to try and negate Zampa. Conway has been the glue in that middle period. Even against England, he didn’t score really quickly but he really set the platform with Daryl Mitchell.

So Conway and New Zealand will be shattered. Like for England in the semi-final [who were without the injured Jason Roy], just one change can make a big difference. That is an area Australia will try to open up.

How will New Zealand replace Conway?

DOUL: I think Tim Seifert, bringing a No 1 keeper back into the side. He has got power but we haven’t quite seen that at the international level as yet. The other option, if New Zealand wanted to be a little bit funky, would be to bring in Mark Chapman – a left-handed batter, same as Conway, plus he bowls a bit of left-arm spin. That would mean Glenn Phillips keeps. I know Phillips is a brilliant fielder but he is probably more of a keeper than Conway. It’s just how much work has he done [with the gloves]. 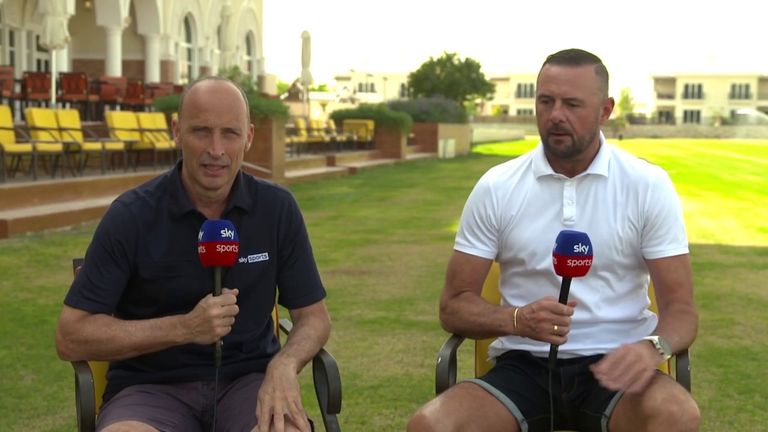 WATSON: Australia have a number of players who have won World Cups before and just have more match-winners across the board. Yes, New Zealand are so well-planned and so well-skilled but I believe Australia have more firepower when the game is on the line. If they need to chase down a really big total, I think they have more chance than New Zealand.

Those first few overs when New Zealand bowl are vital if Australia are to win, because Aaron Finch and Warner are so dynamic once they get going. They can take the game away from New Zealand pretty quickly.

DOULL: The loss of Conway is enormous from a New Zealand point of view – a massive, massive blow – as he provides that control through the middle order. Williamson is still struggling a little bit with his elbow, too. It’s going to be very tough and I hope it doesn’t come down to the toss. I hope we get a great game, no dew and may the best team win.

Labour’s Harriet Harman, the longest-serving female MP in the Commons, has announced that she will not be standing for the party at the next election.…