When John O’Kane left Manchester United for Everton in 1998 at the age of 23, the move was on his own terms. Sir Alex Ferguson had even offered him a new deal.

“He knew something was there,” O’Kane tells Sky Sports. “That is why he kept giving me contract after contract. He always said to me, ‘You are better than Gary Neville, you just have to sort your head out.’

“But I was not wired that way.”

It is a subject explored in depth in O’Kane’s disarmingly frank account of his life, Bursting the Bubble: Football, Autism & Me.

Perhaps you are aware of the scale of Keith Gillespie’s gambling addiction from a recent BBC documentary.

O’Kane was in the betting shop with him.

The infamous incident when Sir Alex Ferguson got wind of a party and gave the hairdryer treatment to Ryan Giggs and Lee Sharpe?

All the yarns are in there but O’Kane’s own journey is about so much more.

This is a man who was happier at Hyde United than playing in the Premier League.

This is a man who was fighting a battle inside his own head, who has since found his sense of self-worth by working in the care sector rather than up and down the flank of a football pitch.

As he states at the outset, this is not just another story of someone who didn’t make it at Manchester United.

O’Kane was the right-back in the so-called Class of ’92. He was one of the ‘kids’ who featured on that infamous day against Aston Villa. He was even David Beckham’s roommate.

Did Neville steal his life?

“It is a running joke with my mates,” laughs O’Kane. “‘Gary Neville would not have done that, would he?’ I get it every other day.”

Unlike Neville, he was a natural. “Gary had to work his socks off.” And yet, everything that came with it proved much more of a problem for O’Kane. 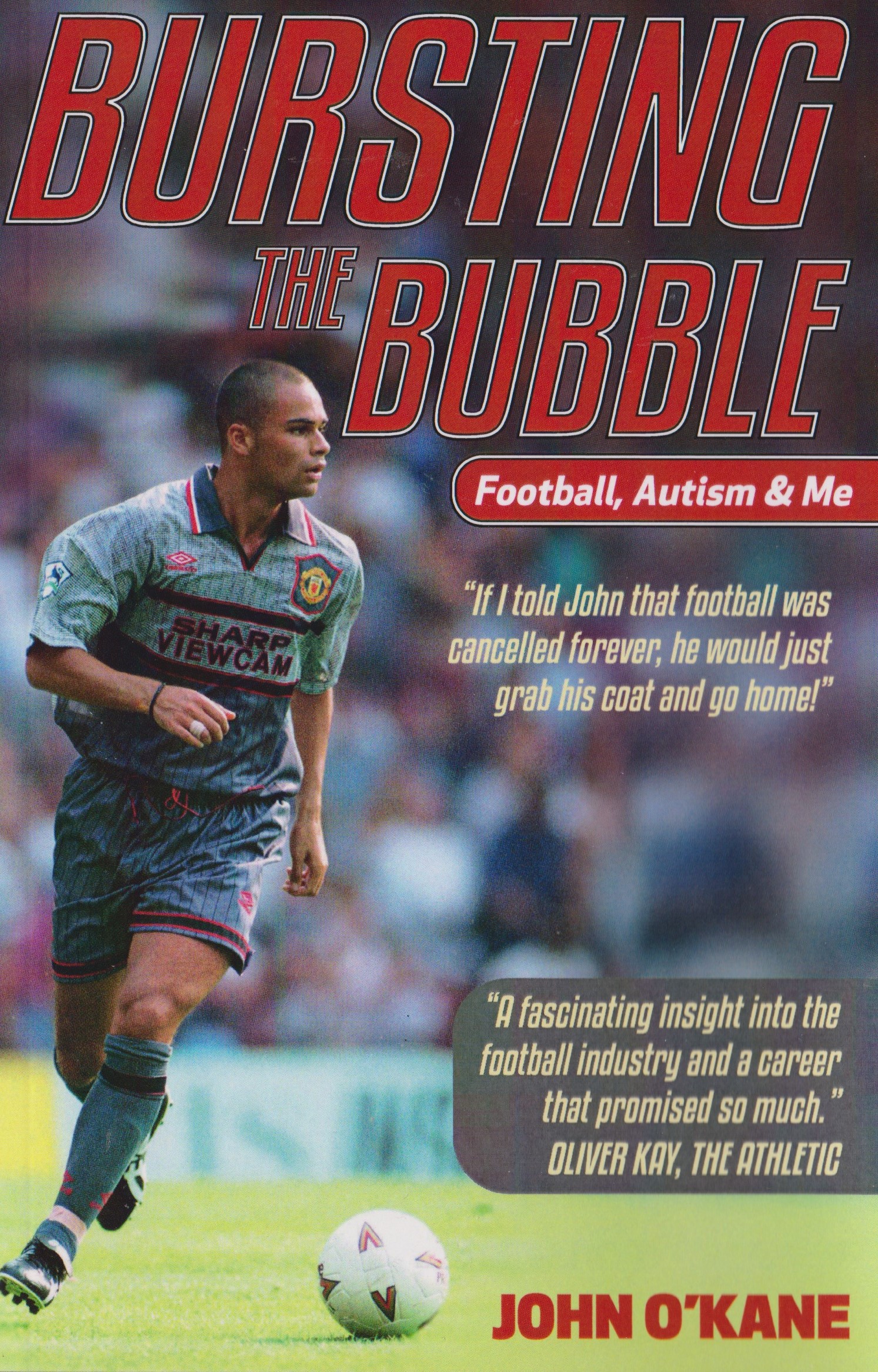 He describes himself as “on the spectrum” – a diagnosis long suspected but only recently made. It manifested itself in little tics – a twitch here, a stretch there. Sometimes it would consume all of his energy.

“It was another thing that I had to deal with on the pitch, an involuntary movement, a habit. I had these mad thoughts in my head all the time. It was not just the football, it was the brain.”

He pauses for a moment.

“I was just a bit different.”

While that appearance against Aston Villa went well, making an impact off the bench, a Champions League start against Rotor Volgograd proved more challenging.

O’Kane convinced himself that he had to be playing at left-back not right-back – asking Ferguson to switch him with Phil Neville just before kick-off. The decision put him up against the opposition’s best player and he was substituted 26 minutes into the match.

“My legs seized up.”

Ferguson was as supportive as he could be. There were regular chats in his office. “He had an aura about him but he was approachable. I did not give him a choice, to be fair. I used to go and see him three or four times a week.”

But while Eric Cantona once told him not to be like everyone else, that was not the message that O’Kane received from others in the game.

“You have to be like a robot, basically. You have to eat, sleep and breathe football. I just was not one of those characters. It was not in my make up to be that robot.

“It was not that I did not take it seriously. I just had other things on my mind.

“I was more of a free spirit. That came from my mum, really. If people give me s**t then I go against that. That is classed as having a bad attitude. You cannot do that in football. You have to be a yes man.

“I had my own mind but you cannot really have your own mind in football. You have to follow what the manager tells you. They treat you like a baby and I wasn’t.”

He did enjoy a good relationship with another legendary coach, Everton boss Howard Kendall.

“He was a great man-manager. That was why leaving United was not a devastation. It was more a feeling of excitement. A new challenge. A new manager who wanted me.”

But after the thrill of being involved in Everton’s last-day survival – “part of me wishes I had stopped then” – Kendall’s successor Walter Smith wanted little to do with him and his career began to spiral. Sam Allardyce’s Bolton. Steve McMahon’s Blackpool.

At 28, five years after Ferguson had been offering him a new contract because of his latent potential, O’Kane was being booed at Blackpool. His career was all but over.

“I left there and I just thought, ‘What am I doing here? The same pattern keeps repeating: I get bored, I get disillusioned.’ So I basically retired.”

Perhaps it sums up what he was going through that he found a home at Hyde United. Persuaded to pop down for a training session, he soon discovered that football could be fun again.

“It felt like freedom. The pressure was not there. I could just play football. Nobody was telling me what to do.”

It is why O’Kane readily admits that he was not cut out for the life of a footballer.

“It was just that environment. It did not suit me. When I played I wanted to do well but I did not have that drive to do more. It just was not in me.”

But before jumping to conclusions about his character, consider how he has spent his days since – helping vulnerable children.

“The care sector, you have got to really want to do it. If you don’t want to do it, you will hate it because this work is not for the faint-hearted.

“You have to have a good sense of humour and a lot of patience. A lot of people could not do what I do.

“Even now, people say to me, ‘Why are you doing this?’ Well, why shouldn’t I do this? It seems to give me more satisfaction.”

O’Kane is not oblivious to the fact that there is greater understanding of mental health now.

“This era is probably better set up for me than that one. It was brutal.”

He could have dodged some of the game’s greatest wingers now too. His brief Premier League career pitted him against David Ginola and many more.

“Marc Overmars was in a different league,” he recalls.

Nor is he someone who keeps too many mementos, although there is one notable photograph inside his house.

It is of him with Nelson Mandela. He met the future South African president on Manchester United’s 1993 tour of the country, when Beckham and O’Kane were selected to join up with the first team.

“Me and Becks were just buzzing to get a holiday. Sometimes you forget what you have seen and what you have done. You take it for granted and don’t take it all in.”

O’Kane jokes that Beckham now owes him a million pounds, the result of a teenage pact that if one of them did not find stardom, the other would help them out.

But this is not really a story of regret.

Although he has done some scouting for United, the club he still supports, there is no great appetite to throw himself into coaching.

“I would prefer to see my own kids grow up than other people’s.”

And he insists that another Class of ’92 reunion holds little appeal either.

“We did the film, the red carpet too. I am kind of done with that now.

“I am happy with my life and my children. That is what I live for. I don’t need any more.”

John O’Kane is still living life on his own terms.

Bursting the Bubble: Football, Autism & Me is available to buy now