Manobo defended his unbeaten record when taking the Group Two Qatar Prix Chaudenay in a one-two for Charlie Appleby and Godolphin at ParisLongchamp.

The gelded son of Sea The Stars started as the 8-11 favourite and despite being unproven over the one-mile-seven-furlong trip and on soft going, the bay still looked a convincing winner when coming home three-quarters of a length ahead of stablemate Kemari.

Taking up the lead with a furlong and a half left to travel, the three-year-old – who beat subsequent Derby and St Leger runner-up Mojo Star on his debut – had travelled in mid-division for much of the way and proved his stamina when staying on under James Doyle to take his fourth consecutive race.

“I’m pleased with the way the race went,” said Appleby, making the perfect start to a huge weekend for his team.

“He (Manobo) was a little bit fresh and awkward for the first couple of furlongs, but James said once they turned out of the back he was happy he’d got into a nice rhythm.

“He said he actually surprised him with his acceleration. My instructions were to get into him early as he’s a big unit and needs to get rolling, but James said he gave him a squeeze and before he knew it he was hitting the front.

“We hoped he could work into a profile where we had a Cup horse in time, and I think he’s starting to make ground towards that.” 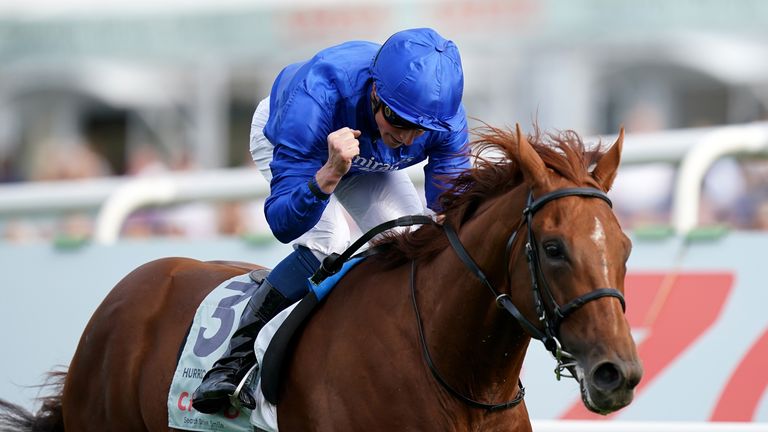 There has been much discussion about the Longchamp ground and the wet Paris forecast over the weekend, with Doyle describing the current going as: “Very testing. It’s certainly genuine soft ground that takes a bit of getting.”

Appleby is now likely to give both horses a break ahead of next season, with Champions Day at Ascot seemingly not on the agenda for either.

“It was always the plan for Manobo to come here. It’s been mooted about whether we would take him to Ascot, but he had to battle today and he is only a young horse and a nice, staying horse for the future.

“After running on soft ground today, it might be a big ask for him to go back to Ascot on Champions Day.”