Karolina Pliskova, a Wimbledon finalist last year, doesn’t think Serena Williams can be a contender this year, saying: “I think it will be difficult, super difficult for her no matter which kind of player she is because this is a thing where you still need some time”

Karolina Pliskova has shot down suggestions Serena Williams could be a contender at Wimbledon, saying it will be “super difficult for her no matter which kind of player she is”.

The 40-year-old caught the tennis world cold last Tuesday when she announced her intention to play the third major of the year and at this week’s Rothesay International Eastbourne.

Williams suffered an injury to her right leg at Wimbledon in 2021 and was forced to retire in the first round but has accepted a wild card to return to the All England Club, where she has won the title on seven occasions.

After being absent from the WTA Tour for 12 months, the American will partner up with Ons Jabeur to play doubles at Eastbourne before she once again attempts to draw level with Margaret Court’s tally of 24 Grand Slams. 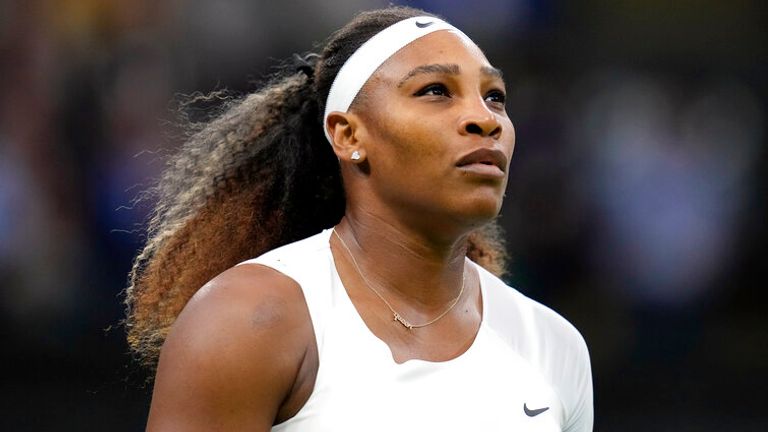 “She is an amazing player, she achieved so much and still a number of players will be super scared to play her. This is her advantage but let’s see the level. I cannot really say”

However, her old sparring partner Pliskova, a Wimbledon finalist last year, doesn’t believe the American could be a contender this year.

“I don’t know how long it has been since she has played. Has it been a year? It is a long time and she is not the youngest any more so I suppose the body also takes some time to get back into shape.

“Playing matches at tournaments is still very much different to just practising and from what I understand, she is not playing (singles) here, she is just playing doubles.

“I think it will be difficult, super difficult for her no matter which kind of player she is because this is a thing where you still need some time.

“But of course, she is an amazing player, she achieved so much and still a number of players will be super scared to play her. This is her advantage but let’s see the level. I cannot really say.”

Spanish player Paula Badosa most recently beat Williams at the 2019 Australian Open, but she hopes to avoid Williams in the Wimbledon draw.

“I think it surprised everyone but it’s very good to have her back. It really amazes me how she has all this hunger for the game,” Badosa said of Williams.

“It is a great inspiration. It is nice to have her back and I hope she can be back for much more time because I think she does very good for tennis.

“But the other side, of course I don’t want to play against her! I hope the draw goes for another player because no one wants to play against Serena and less on grass. Let’s pray for that!”

Jabeur and Williams will face Sara Sorribes Tormo and Marie Bouzkova at Devonshire Park with the doubles match expected to take place on Tuesday.