Azeem Rafiq: “I do feel now it’s going to be a little bit of floodgates and a lot of victims of abuse are going to come forward and we need to listen to them, hear them, support them and work out a plan to make sure this doesn’t happen again.”

Azeem Rafiq says cricket’s racism scandal will open the floodgates for others coming forward who have been targetted whilst involved in the sport.

Azeem Rafiq says cricket’s racism scandal will open the floodgates for others coming forward who have been targetted whilst involved in the sport.

Azeem Rafiq believes the “floodgates” are about to open on cricket’s racism crisis the day after delivering a damning testimony on the abuse and bullying he suffered during his time at Yorkshire.

Rafiq told the Digital, Culture, Media and Sport Committee on Tuesday that this included having red wine poured down his throat as a 15-year-old and that there was constant use of racist language across his two spells at the county.

There have already been allegations of racism at Essex within the last week while Nottinghamshire, Middlesex and Leicestershire were also named during the DCMS hearing, and Rafiq believes more stories regarding other counties will emerge in the coming days.

“I don’t think I’m still aware of how much it’s struck home with so many people. We’ve got to make sure this doesn’t become about me and it’s about how now we listen,” Rafiq told Sky Sports.

“I do feel now it’s going to be a little bit of floodgates and a lot of victims of abuse are going to come forward and we need to listen to them, hear them, support them and work out a plan to make sure this doesn’t happen again.

“I think you’re going to get it [complaints] into the hundreds and thousands, possibly, and I think it’s the way they handle it. We’ve got here because of Yorkshire’s handling of this.

“Yes, what happened was completely unacceptable but the way they’ve handled it has made it a lot bigger and showed them for what they are, so it depends how the game and individual counties handle it.

“I think the ECB have realised they messed up as well and they’re not going to let another episode like this occur.”

Former Yorkshire and England bowler Matthew Hoggard has already called Rafiq to apologise but no one else from the county has contacted him.

Rafiq believes the positions of Moxon and Gale are untenable but there is potentially a route back for Ballance.

“They need to hear from me the effect their behaviour left me in and I’d like to hear from them why – why they felt that was all right but it’s important we don’t go to individuals and think about the institution, because these guys came into this place and were shaped by the culture and the environment,” he said.

“I don’t think Martyn and Andrew can [continue in their roles], I think Gary – if he apologises properly and has some sort of acceptance and accountability – he should be allowed to play.

“But in terms of Andrew and Martyn, I don’t think it’s possible for Yorkshire to move forward with them still in there knowing full well what sort of role they played in that institution.”

England captain Joe Root was also mentioned in Tuesday’s hearing having denied ever hearing any racist language used at Yorkshire, including by his former roommate Ballance. 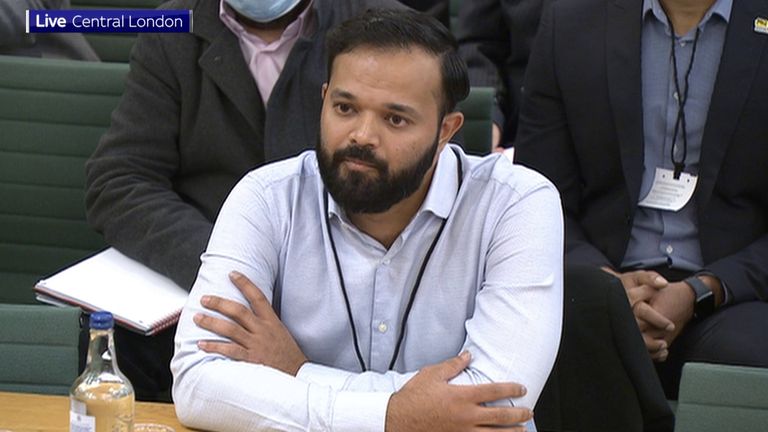 The Cricketer’s George Dobell believes that Azeem Rafiq’s testimony will encourage others with similar experiences to speak out.

The Cricketer’s George Dobell believes that Azeem Rafiq’s testimony will encourage others with similar experiences to speak out.

Rafiq re-emphasised that Root had never been part of any abuse, but said that now not calling out any behaviour of that nature is also part of the problem.

“Rooty is a good man but it just shows how bad that institution and environment was that even a good man like him didn’t see it, didn’t feel like it was right to stop it probably and doesn’t remember it probably because it won’t mean anything to him,” Rafiq said.

“The bystanders – from now on – if you continue to just be bystanders you’re as much of a problem as the guys who are perpetrators.”