McIlroy and defending champion Rahm in the group tied-second on four under, as Morikawa posted a second-round 66 to share lead with Joel Dahmen in Brookline; Watch day three of the US Open live on Saturday from 4pm on Sky Sports Golf

Collin Morikawa bolstered his hopes of a third major title in as many years by grabbing a share of the halfway advantage at the 122nd US Open.

The reigning Open champion, without a win in 2022, carded a brilliant four-under 66 at The Country Club in Brookline to move to five under, with Joel Dahmen joining him at the top of the leaderboard after a two-under 68.

Rory McIlroy bounced back from a horror start to salvage a second-round 69 and keep himself in contention of a second successive victory, following his Canadian Open success on Sunday, with defending champion Jon Rahm also in the group one back as he chases back-to-back US Open titles. 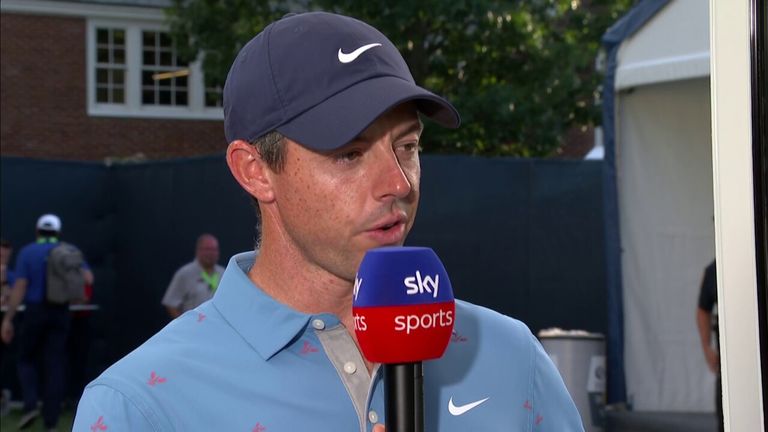 World No 1 Scottie Scheffler is two off the pace after a three-under 67, with overnight leader Adam Hadwin in the group three behind alongside England’s Matt Fitzpatrick – a former US Amateur winner at this venue – after birdieing his final two holes to salvage two-over 72.

Morikawa – beginning on the back nine – rolled in from 10 feet at the 12th and took advantage of the par-five 14th, before following a 15-footer at the 17th by holing from long-range at the first to go four under for the day.

The two-time major champion responded to bogeying the fourth and missing a 10-foot birdie chance at the seventh by firing an incredible approach into the par-five eighth, where he had to settle for birdie after squandering a four-foot eagle opportunity.

Morikawa then got up and down from just off the ninth green to set the clubhouse target, only for Dahmen – who led at various points during the second round – to also get to five under after holing a stunning 60-foot birdie at the 15th. 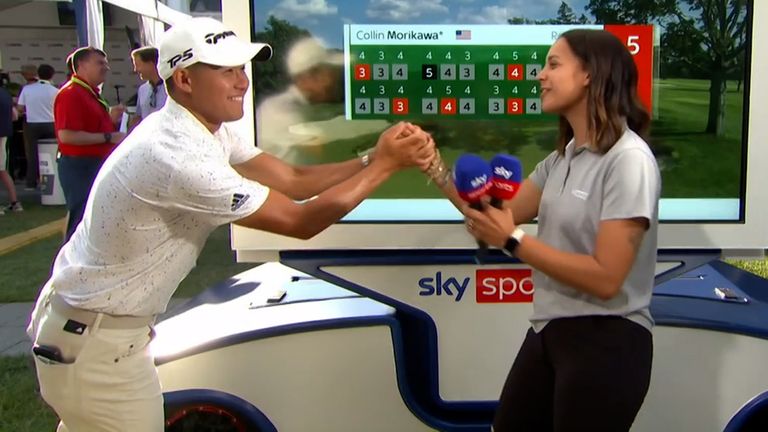 Collin Morikawa was delighted with his second round 66 after a disappointing finish to his first round, but couldn’t forget about the minor mistakes the two time major champion had in his round!

Collin Morikawa was delighted with his second round 66 after a disappointing finish to his first round, but couldn’t forget about the minor mistakes the two time major champion had in his round!

Rahm, who played alongside Morikawa, was among the group tied-third after eagling the 14th and bouncing back from a dropped shot at the first to pick up shots on the remaining two par-fives.

McIlroy holed from 20 feet just to scramble a double-bogey at the third, having taken three attempts to gauge out of thick rough, with the four-time major winner then cancelling out a tap-in birdie at the fifth with a three-putt bogey at the next. Best double-bogey ever? Watch Rory McIlroy limit the damage after ‘horror show’ in the fescue during second round at the US Open

Best double-bogey ever? Watch Rory McIlroy limit the damage after ‘horror show’ in the fescue during second round at the US Open

The 2011 US Open champion took advantage of the eighth and recovered from a bogey at the 10th to make three birdies in five holes in his back nine, lifting him to four under alongside Rahm, Beau Hossler, Aaron Wise and Haydn Buckley.

MJ Daffue briefly jumped into a three-shot lead after three birdies in a four-hole stretch from the fourth, only to make three bogeys in five holes on his back nine and double-bogey the last to card a second-round 72, while England’s Callum Tarren – the one-time leader – is also four back after three bogeys in his final four holes. 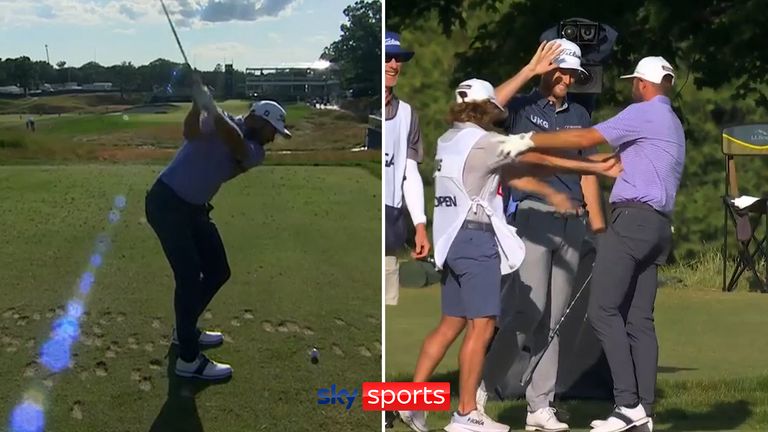 PGA champion Justin Thomas is in the group on one over with major champion Justin Rose, Patrick Reed and Dustin Johnson, with Jordan Spieth battling into the weekend a further shot back after a level-par 70.

Cameron Young missed the cut by a shot despite a stunning hole-in-one at the par-three sixth, while Viktor Hovland made nine bogeys in an 11-hole stretch and Phil Mickelson slipped to 11 over for the tournament to see both also make an early exit.